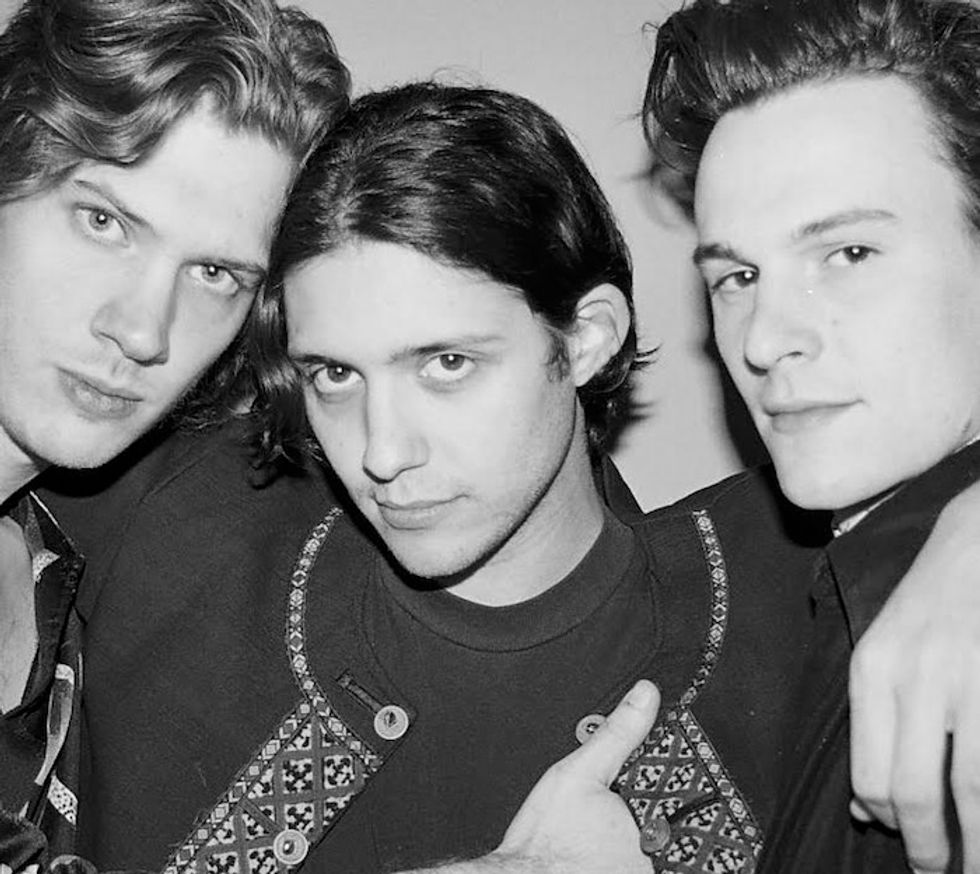 Premiere: Strange Names Flirt With Sleaze In The Video For "Trespassing"

By Sandra Song
PAPERMAG
photo via Dan McMahon
Strange Names, with their exuberant, funk-filled sound, may not really seem like it, but according to frontman Liam Benzvi, they're quite the "morbid pack" -- and we're finally getting a glimpse of the group's more macabre side with the visuals for their new video "Trespassing."
Filmed overnight in a Jersey City motel, directors Anthony & Alex ensured that the entire affair was a raucous hodge-podge of limbs, cling film and Life-Size libido-driven visuals. An aesthetic that's a jarring (yet not unwelcome) juxtaposition to the group's sunny, 80s-dance driven pop.
As the directors put it, "We wanted the video to not only have a fun, sexy, filthy vibe, but get the idea across that perverted things are happening everywhere, all the time" -- and we're inclined to agree that this video, in all it's goopy, mannequin make-out goodness, does just that.
Check out Strange Names on tour now.