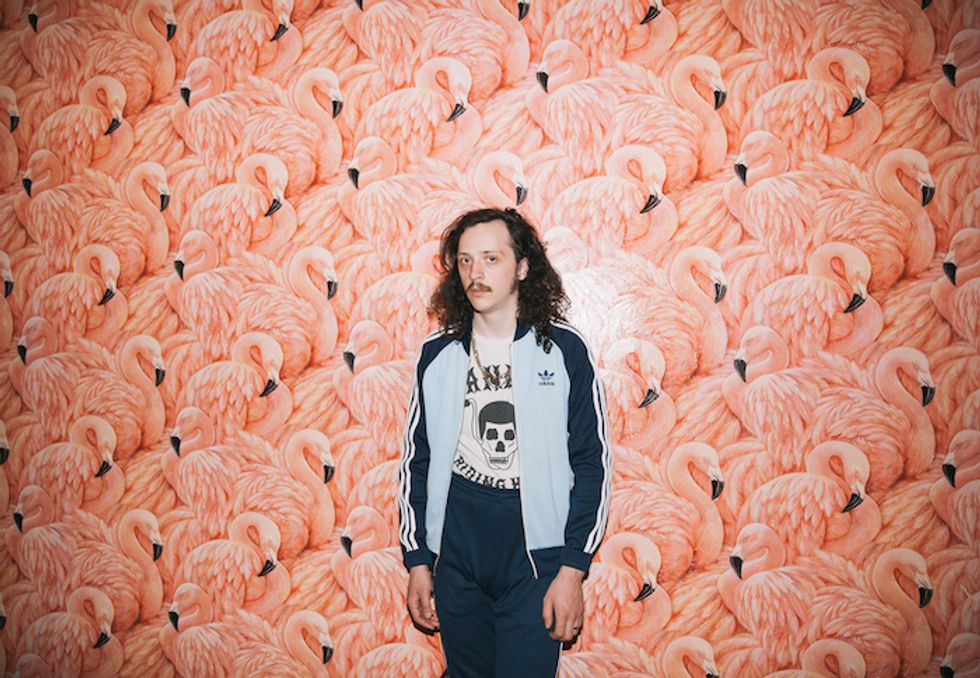 By Sandra Song
PAPERMAG
photo by Vanessa Heins
Slim Twig aka Max Turnbull makes the sort of psyched-out scuzz fuzz that makes you feel like you're running in slow motion -- and the video for Thank You For Staying With Twig's "Fadeout Killer" is further proof of this, both literally and figuratively.
"Fadeout Killer" itself is viscous, meta-sonic rock at it's finest. Playing a runner racing against himself, director David Rendall explained that Turnbull is being pulled between the real and ethereal "to show a kind of beauty and darkness," and we're inclined to agree he's done just that. Strangely moving despite feeling like the most stoned-out 70s sports meet-up there could be, it's the perfect visual accompaniment for a man probably best described as a modern day Zappa.
Watch the video below.
Slim Twig will be on tour come September. Check out dates here.
You May Also Like
Famous People