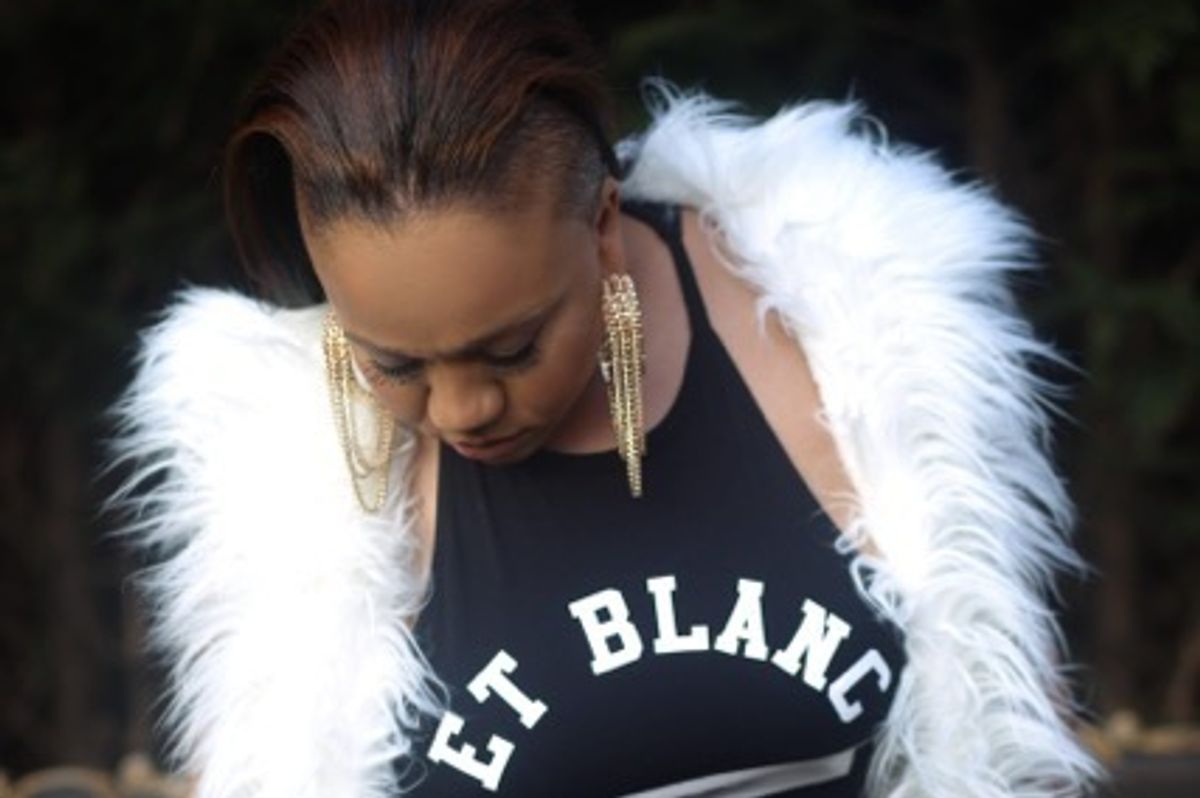 Late last month, UK grime emcee Nolay was involved in a car crash that left her in "critical condition" and spurred the #PrayForNolay Twitter tag, with fans worldwide voicing their concern for the rising rapper's wellbeing. Thankfully, as someone to never take shit lying down (quite literally), she made a rapid recovery and is back at it with the release of her brand new single "Pressure" from June 10th's #GrimeGutsAndGlory EP.

Equipped with raw, razorsharp rhymes and a fierce, no-bars attitude over trap-tinged grime beats, Nolay is for sure a force to be reckoned with. Positing herself as the heir-apparent to Godfathers of Grime, Wiley and Dizzee Rascal, "Pressure" sees the artist taking the classic 8-bar format to a whole new level. Listen to the single below and see what Nolay thinks about the industry's ingrained sexism, her non-stop spit and still being one of the few female emcees in the game.


First off, how are you doing? I know you're still recovering from a massive car crash last month.

Hi, I'm fine thank you. Still sore but I'm alive. [But] I wouldn't call it massive, although it did leave me in a bad way. I think people kind of picture a scene out of Final Destination.

It really is a testament to your "NoLay" name that you're still releasing #GrimeGutsAndGlory so soon after such a traumatic experience. Was it even ever a question to delay release/promotion of the EP etc.? Why or why not?

Yeah...[my name] does take on quite a few meanings. I'm still releasing the EP because it was ready to go before the accident and I see no point in delaying my work just because I hit an obstacle. I'm still alive for a reason and my purpose is to create music. Plus I need to get it out the way ASAP so I can release my next project.

I love my fans they're very loyal and they aren't sheep like a lot of other artists's fans. They aren't there momentarily for the buzz, they are there consistently for the music. I respect my genuine well-wishers...but we all know that not everybody that wishes you well, [actually] wishes you well.

Let's talk a little bit about "Pressure". What was writing that track and working with Kid D like?

Writing the track was pretty straightforward. It tends to be that way for me when I'm looking for a release. And when I wrote "Pressure" I definitely was looking for a release. Creatively, me and Kid D get on like a house on fire, but as an artist I like to concentrate on the creative aspect before the splits and royalties. Toward the end of #GrimeGutsAndGlory I no longer loved the project as [much as I did] when it was just all about the music.

I don't wanna be told I'm the female version of any male spitter I am a version of myself and myself only.
— NOLAY (@OfficialNolay) December 2, 2015

On that note, you've taken to Twitter before to tell people you aren't the "female version" of any emcees and that "maybe a few male emcees are the male versions" of you. Can you talk a little bit about that and if you feel like sexism in grime's improved at all? After all, you're still one of only a handful of female emcees, what's that like?

Why do I have to be the female version of a male spitter? I have honed my skills on my own. None of them held my hand or wrote bars for me, so why should they get any credit through comparisons? We are in a male-dominated scene, so when it comes to the ratio of male spitters in comparison to the ratio of female spitters there aren't a lot. But they dominate in numbers and that's it. You can't dominate me, [unless we're talking just numbers]. I'm going to shine anytime I touch a mic and it's down to every female that wants to spit to make sure they do the same. Respect is earned. It's easy to blame the male spitters and say that some are sexist, but does it not go beyond that? [With the] DJs, booking agents, bloggers, executives, listeners and the consumers... you know?

In order for female rappers to be respected and noticed, people have to support from all levels. A fraction of male spitters play a small part in sexism to be honest and the problem goes beyond them.