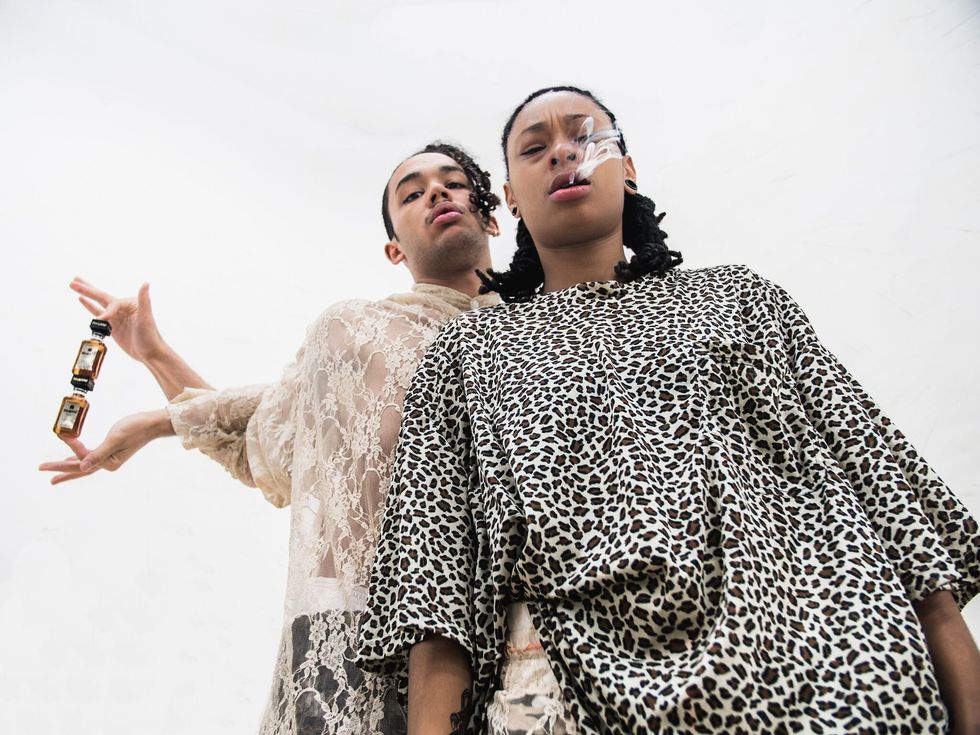 Kaner Flex is a 21-year old professional dancer from South East London, whose self-taught love for performing came from his struggles as someone living with autism. Rising to Internet notoriety earlier this year as the hypnotizing dancer FKA twigs featured in her Calvin Klein Jeans campaign, Flex is now delving into a newly discovered passion -- rap. So we're happy to premiere his first single "Desi & Deezi," made alongside close friend and artist Chinks. An unintentional product of mixing beats in his New York home, "Desi & Deezi" ends up being a compelling, yet effortless track that makes reference to his favorite drink (Disaronno) and Chinks's love of Sour Diesel kush.

"It's about two different types of people using different substances to have fun," Flex said. "The track was made in my room one night when I was randomly listening to beats that a producer sent over. There were loads, but this one beat just gravitated to me. I instantly starting writing that night and came up with the hook and lyrics too."