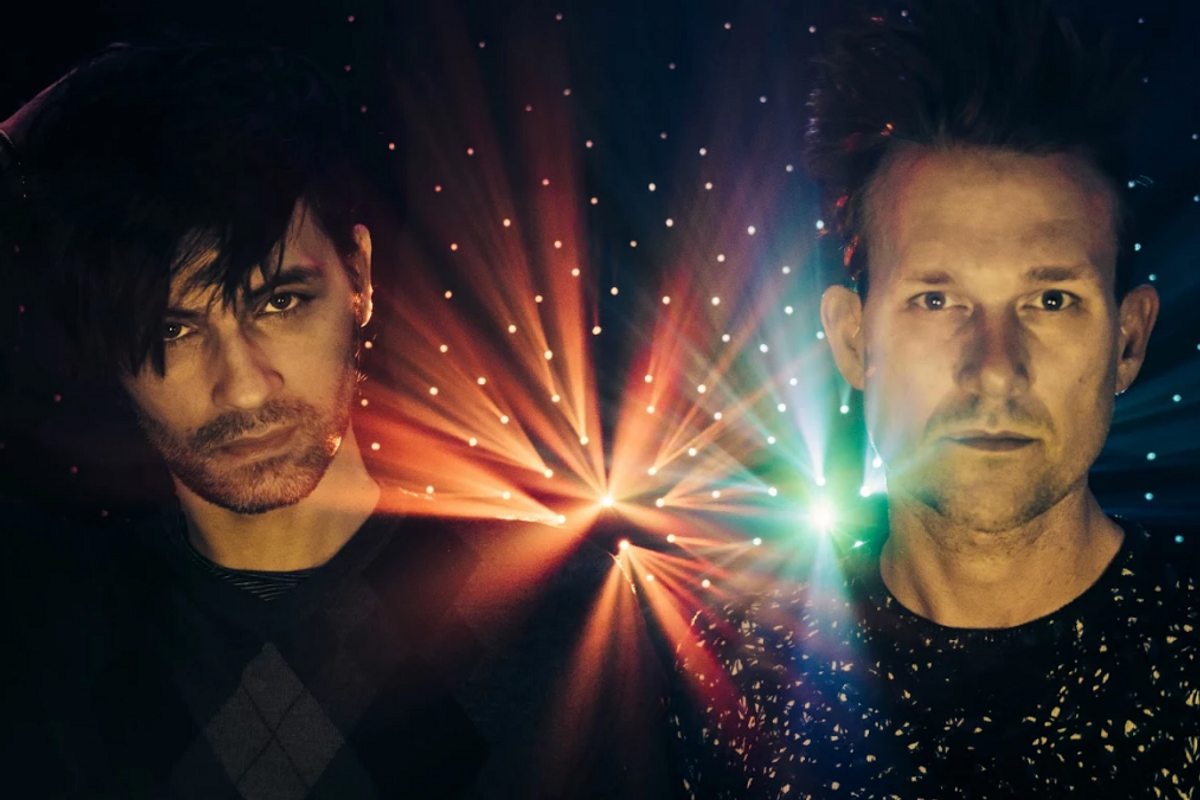 PREMIERE: Let Night Drive Take You on a Real Trip with Their Video for "Rise and Fall"

If you've been laying off the acid of late and have been missing some sweet synth coupled with some pixellated technicolor magic then welcome, because Night Drive's new video is all you need to get you through.

The Texas duo have already garnered a cult following ahead of their debut self-titled record, for their 80s-esque electro-pop. In the trippy visual for "Rise and Fall", the two appear as if in a psychedelic dream, fading in and out of patterns and color, permanently intangible. Considering the song is about an untimely break up, Night Drive says creating something that reflects dissolution and disarray was always the plan.

"We wanted the overall sound to be a bit dreamy and distant, which relates to that feeling of your life disintegrating and slipping through your hands like smoke, being unable to hold on to it," the band says of "Rise and Fall". "But we also wanted an energetic intensity to it, which relates more to the feeling of rushing headlong towards an inevitable tragedy and being unable to avert it, no matter what you do or where you turn."

Night Drive's debut self-titled album is due for release on June 16th via Roll Call Records but until then, project this video on your apartment wall and call it 'art.'