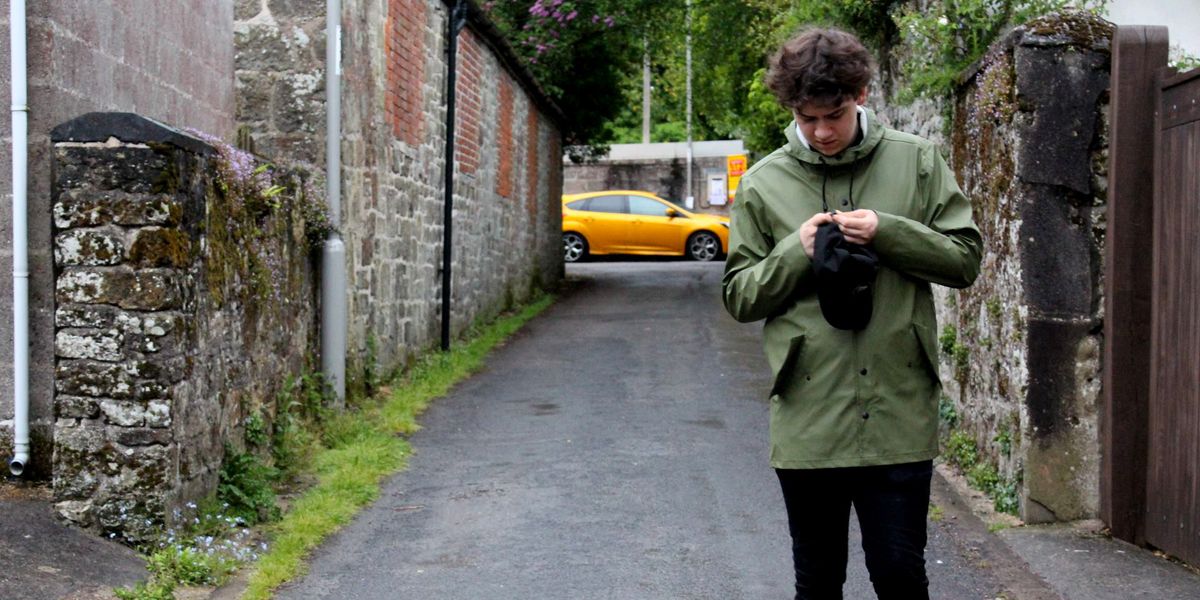 PREMIERE: Kai Whiston Drags Us To Hell And Back With His New Track "Threads & Strings"

Have you ever wondered what it'd be like to experience an exorcism? Well, we imagine it'd feel a little something like listening to the highly-textured productions of 17-year-old Kai Whiston -- especially his gorgeously grotesque new track "Threads & Strings."

One of two B-side tracks from his indelibly visceral TAR debut, Houndstooth, "Threads & Strings" continues to showcase Whiston's penchant for burbling, viscous basslines, manic, shrill strings and dizzingly skittish synthwork. Transporting you to a head-spinning, bone-rattling netherworld, we're not sure if we're more intimidated by his youth or his knack for making us feel like we're Rosemary's baby.

It's sonic hell, in the best way possible. Listen to "Threads & Strings" and get to know the production prodigy below.


So how did you started producing? Do you have any formal musical training?

I started producing around the age of 12 or 13, but I didn't really know what a bar or a key was. I mostly used it to make joke remixes of songs from games my friends and I played. I've only taken it seriously for 2 years now. I just considered it to be another weird thing I learnt to do on the computer, because I [tried] a lot of things back then. I got super into computers early on and picked up web design and Photoshop from watching YouTube tutorials. Every month, I'd be onto something new. I remember really wanting to be in a band when I was young, so I learnt guitar and tried to write songs. I guess I learnt about girls and got bored of [guitar] though. This electronic shit happened by complete accident. But I play on a couple new songs and I'm starting a band, so it all worked out.

When did other people first start noticing you were onto something? When was the first time you were like "Oh shit, I could do something with this"?


I suppose it was [Brainfeeder's] Iglooghost who made me think I could have a shot at this. I very vividly remember this one afternoon where I bunked off school, because I had an english mock [exam] and saw that he commented "BIG" on one of my SoundCloud tracks. Even though it was so simple...it was incredibly motivating. Iglooghost and I live in the same town of 7000ish people and I'm good friends with his little brother, so I heard many stories about all the cool things he got up to. This was just before [his EP] Milk Empire came out and his little brother sent me a Snapchat of FlyLo hitting Iglooghost up in the DMs. I pestered him for a while on Facebook and email to give me feedback on my shit. He was super nice and supportive, despite how annoying I was. He tweeted out "Spick & Span" and really pushed me by linking me up with [BBC Radio 6 presenter] Mary Anne Hobbes, [The Needle Drop's] Anthony Fantano and [my record label] TAR. He's the nicest boy on the planet and I should be grateful, because I'm a little shit.


Why do you think you gravitate to such a dark sonic palette?


This is always a tricky one for me. The dark sound palette has always sort of come from the excitement and thrill that the sounds give me. I'm trying to stay as far away as I can from "spooky death and tracksuits" and get more into something that sounds like being on an underground Thorpe Park ride. Electronic music has always been a form of escapism for me and I don't mind being honest about that. Music as escapism has always been such a frowned-upon topic, but I think there's a lot of value in creating something that sounds like a completely foreign universe or dimension. Anything that makes you dive deeper into a particular emotion or taps into something that moves you is an incredibly valuable tool that I am fully willing to exploit. The track I'm premiering with y'all was written around the time of the Houndstooth EP, so a lot of that dark, crazy excitement is well-embedded in there. Just as much as people read sci-fi and play video games, I like to make music that sounds like it came from a voodoo playground or was found deep within a cave -- with colorful crystals and gems. If I made music that reflected how scared I am of the world, it wouldn't be good at all. The new project I'm writing definitely covers a wider range of emotions and foreign territories than the Houndstooth EP -- like a Radiohead record or something that brings love to the world.

On that note, I think I'm also required to ask you the dreaded "influences" question.


I try and get my influences from a wide variety of things. A lot of people compare me to the old Arca tapes, which I'm fine with -- who wouldn't want to be compared to Arca? I think people can get too excited and pigeonhole [Arca and I] as being identical, when I think there's a lot that [differentiates] me from him. But I still feel blessed that people mention me in the same breath as him -- that's crazy. I think you could trace parts of my sound to 15-odd different people that I subconsciously steal from. Iglooghost once put it like "a [puzzle video game] Katamari Damacy of ideas as I roll through the world," which I really liked.

Other than electronic music, I'm really inspired by the visuals of Sam Rolfes, who is one of my favorite contemporary artists at the moment. I had his pieces taped to my wall during the writing of the Houndstooth EP -- trying to make the sonic representation of his artwork. I'm so blessed that TAR brought me and him together for the cover art for the EP -- still can't really believe it today. I've been introduced to other inspirations through him, such as the work by the lovely people at Nicopanda, as well as his brother Andy Rolfes and Donnie Fredericks, who did the cover art for "Threads &Strings". I'm still overwhelmed by it, major shout out to him.


What else are you up to?


I'm writing a diss track to HP laptops,because I bought 10 of their £1.21 mispriced laptops over the weekend and part of me thought I was gonna make a million dollars. We were like 2 hours ahead of the Internet before it leaked too -- it was crazy, we were like the first people to find out I think. Also I'm a huge advocate of the instrumental diss track -- that entire concept is amazing to me.