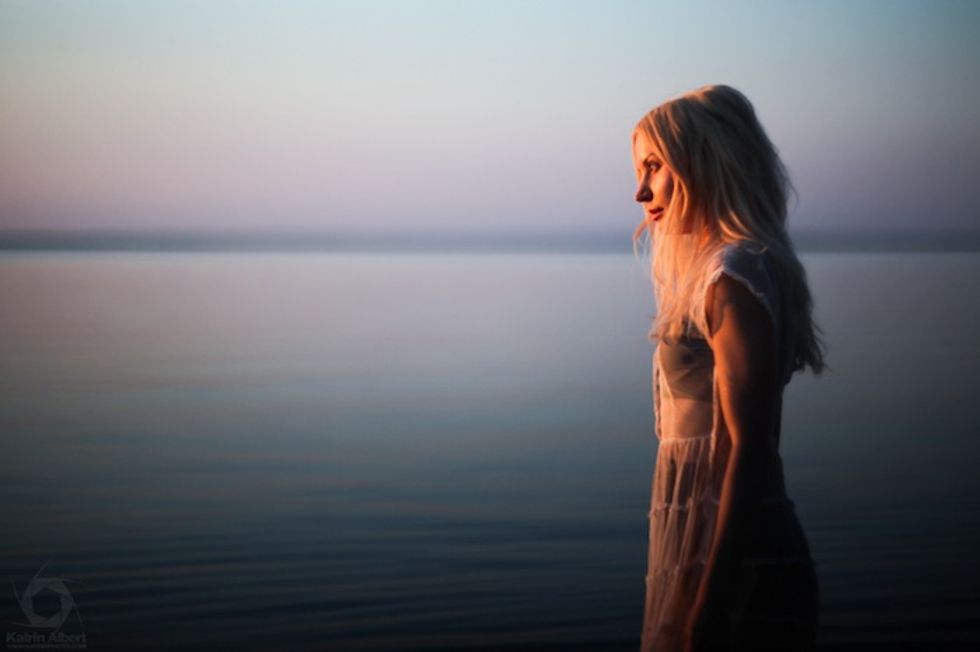 By Alex Catarinella
PAPERMAG
photo by Katrin Albert
Sonic spoiler alert -- melancholic dream popper Jennie Vee is giving us major Clueless-if-directed-by-Sofia-Coppola soundtrack vibes on her forthcoming debut Spying, and the proof is in the Canadian-born/New York-based rocker's music video for "Dreamtime".
In the hazily whimsical clip, Vee finds her stylish self twirling in a sunlit forest, roaming corn fields and lounging in the grass outside of a shuttered Virginia hotel, which according to Vee was where Elizabeth Taylor vacationed in the 1960s. Filmed by director/photographer Katrin Albert, Vee says her goal was to "blur the lines between what was a dream and what was real memories when a person gets hung up on the past"-- a vibe we really get from all that glitter-blowing, petal-tossing, and lavender-fog-floating. Watch the Alice In Wonderland-esque video below.
Spying is out October 15th.
You May Also Like
Care