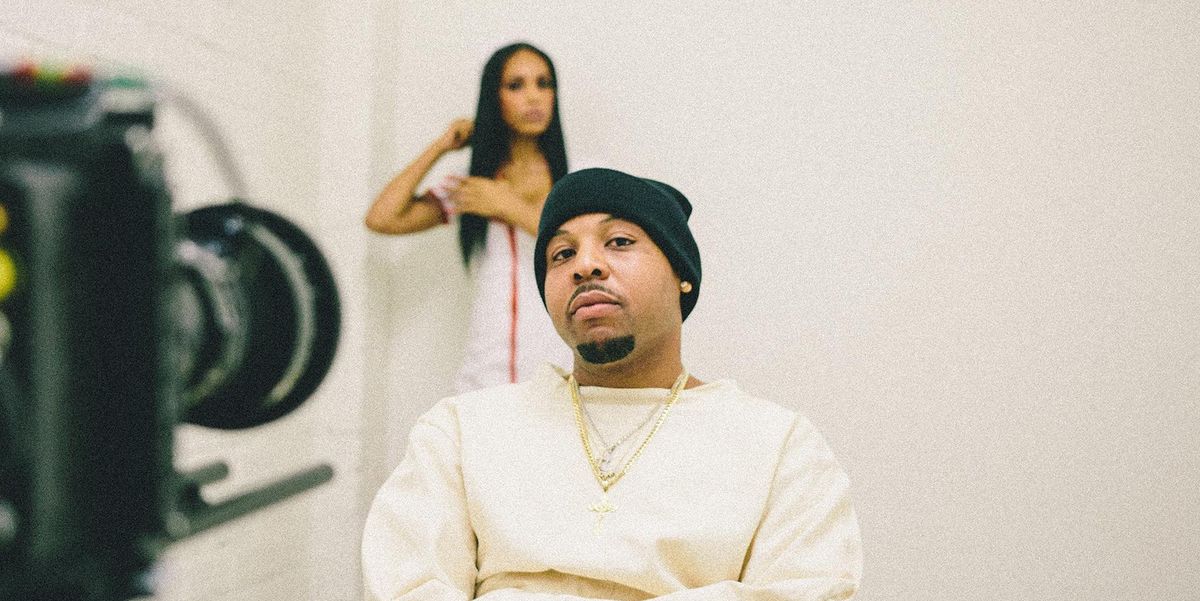 Jay Cummins aka Jay 305 may be fairly fresh on the rap scene, but the trials and tribulations of the rap world are nothing new to the South Central native. The LA-bred rapper is just beginning to make his mark in hip-hop, but he's already collaborated with big names like Wiz Khalifa, Chris Brown, YG, T.I. and Tyga. His track "Youzza Flip" brought him to fame, ironically, during a stint in prison in 2013.

In his new short film Jay uses songs from his mixtape, Inner City Hero, to visually confront police brutality, and simultaneously remind his audience that "police are human too." However, this isn't the rapper's first time showcasing his innovative and thoughtful side. He also created a short documentary last year about South Central titled, South Central Slums, which follows various residents of the community speaking out against the excessive force used by cops, especially in their neighborhood.

PAPER spoke to Jay about his creative process, his hopes for the new album and the common human experience.


Why a short film instead of separate music videos leading up to the album?

Me and my partner Mike Reesé wrote this together. We wanted to do something different. I feel like a lot of music videos are nothing exciting. I feel like it should be called a Musical Movie and I wanted to bring some artistry to it and let it live for what it is. I have other songs that are leading up to the album, but [the songs in this video] are songs from my mixtape. We're going to leave it there and start off with the new. We gotta let it live for a little bit.

What message are you hoping to convey with this visual element of Inner City Hero?

Before all this hype up of police brutality, I always had this thing called "fuck peace and mother fuck the police." I said it when I went on tour and I've been saying it my whole life. I've been beat up and harassed by the police my whole life and I understand that there are good cops and bad cops -- and I'm not really talking about the good cops, but as a whole they're all cops. It's a more creative way to comment on police brutality. I wanted to bring that to life and show my creative side. Mike helped me write it and it just came to life.

This isn't your first time creating a short film. Can you speak a little bit about South Central Slums and maybe some differences and similarities you found in the creative process as well as in the creative outcome?

Well I had the one I made when I got out of jail called Go Get no Gimmies, which was a day-in-the-life type of film. I was trying to bring unity, and show how we all are one, even within the gangs in LA. South Central Slums [gave] a definition of why I say fuck the police and [breaks down] where I come from. We all feel similar even though we're divided by gangs -- we are the same people, no matter what. [Inner City Hero] was more of a creative way to say "police are human too." We're all human. I have a cousin that's a cop and he's always telling me I make them look bad, but at the end of the day he says fuck the police too. They go through shit with their own kind. [The police role] is a job [that allows some] to make change in their community. Some of them overuse their authority. I get the job, but sometimes you have to have communication with the people. This was just showing we're both human, but you have a badge. You take the badge off and you're a regular person, you wouldn't know you were a cop. [But] sometimes you can just smell a cop. At the end, we were really trying to kill him but it was all in my head. At first it seems like it was all in his head because he had the acid tab but [really] it was all in my head. I was [trying to devise a more creative way of saying] that cops be trippin'.

So that scene that rotates between the cop in the chair in the straight jacket and then you in the same chair, is that a testament to you guys being 'one in the same'? That the cop could be a regular person and vice versa?

Exactly, we're all human, we're all the same people. Everything means something, even the mixtape cover for the music that's on this film. On the back of it, there's a silhouette of my cousin that passed, and I talk about him in one of my songs called "Too Many Losses". Then there's "KoolAid Packs and Double Ups." The Kool Aid packs represent the good and double-ups [which are a form of dope, which] represent the bad and the struggle. If you look closely it looks like my hand is holding a kid's, and that's supposed to show me being that 'inner city hero' with the kids. There's even the Malcolm X book [on the cover] to show how I politically feel. I was never a Martin Luther King type of dude, I respect him, but Malcolm X was always my go-to for the things he stood for.

Talk to me more about that scene.

That's where we set him up with the girl and she gets him to put the acid tab in his mouth, then he goes into his high and he's in the straightjacket. But it's really in his mind. He's seeing flashes of me too and it's supposed to be me telling him "don't be stupid out here" because he got caught up by this girl. She got you in a trance and now look at you in the straightjacket. It's kind of like Adam and Eve, who got lured by the apple and God told them not to eat the apple. Then as we go more into it, she's really in his head because he's seeing me. He's tripping out because he [realizes], damn, this is the same person I'd been harassing. But I'm seeing him too. It's a real trippy type of thing. I'm glad I explained that part.

I don't want do typical rap music -- that's why we chose to do this movie with the budget that we had instead of trying to do individual videos with typical rap shit. It's deeper than that. I get ratchet, I get ghetto, I have fun, but I still got a message I wanna push through.

You mentioned this is a sort of prelude to the album coming out and to show your evolving work. What are you most excited for people to hear?

I'm more excited about people to really hear this. I'm a blues and country artist with a little bit of ratchet in me. I just want people to hear my music and feel it and pay attention to the lyrics. I'm going to get way more creative with my videos. I just had a small budget with this one, so I couldn't really do what I wanted to do. I feel it could have been a whole lot better. I think it came out good, but I'm my biggest critic, you know? We worked on it for four months and it could have been longer, but it's just time for it to come out. It's dope.

It's shot so well too. Visually it's very clean. Wasn't it directed by Jonah Schwartz, who has worked with A$AP Mob, Mos Def, Freddie Gibbs, the Black Keys.

Jonah is dope. I can't forget about Jonah Schwartz, man. I'm over here talking about myself and Mike, but if it wasn't for Jonah, it wouldn't have come together. Our budget wasn't that big so he did it more out of the respect, the love, and the vision we had. You gotta respect Jonah for that.