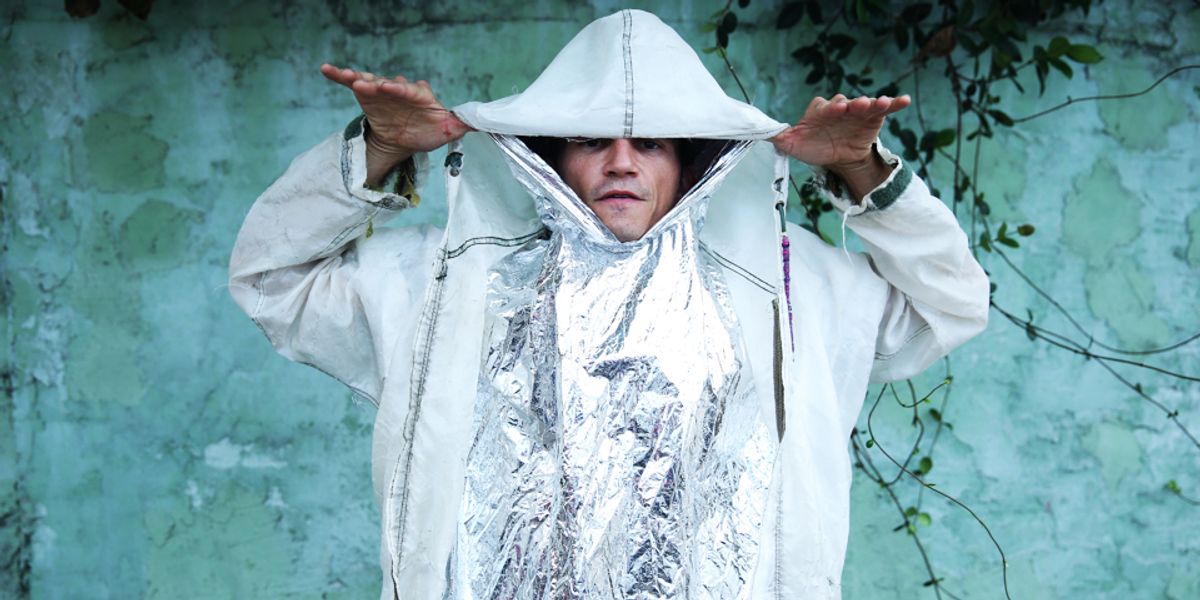 Hailing from the freakier edges of Lafayette, Louisiana comes experimental rapper imagineIAM and the jittery, WTF-inducing trip that is his new video for the indecipherable yet strangely addictive song, "NINJA BLOOD."

Billed by his label as an "early Animal Collective meets kung-fu cult," it's a dystopian, post-speech take on the Internet-bred, industrial-indebted subgenre known as hardvapor -- though don't expect any of the typical signifiers. But for what it lacks in speed metal riffs and razor-sharp square waves, "NINJA BLOOD" does hint at the same sort of unhinged aggression and constraint-free choices that attracted us to the post-apocalyptic aesthetic of hardvapor in the first place. And at the very least, it's guaranteed to leave you reeling in its wake.

After all, as imagineIAM says himself, "i'd rather talk to god than you, but you mean more to me, so that's why i make these songs " -- and who could blame him. So watch the hypnotizing wildness below and try not to lose your shit.