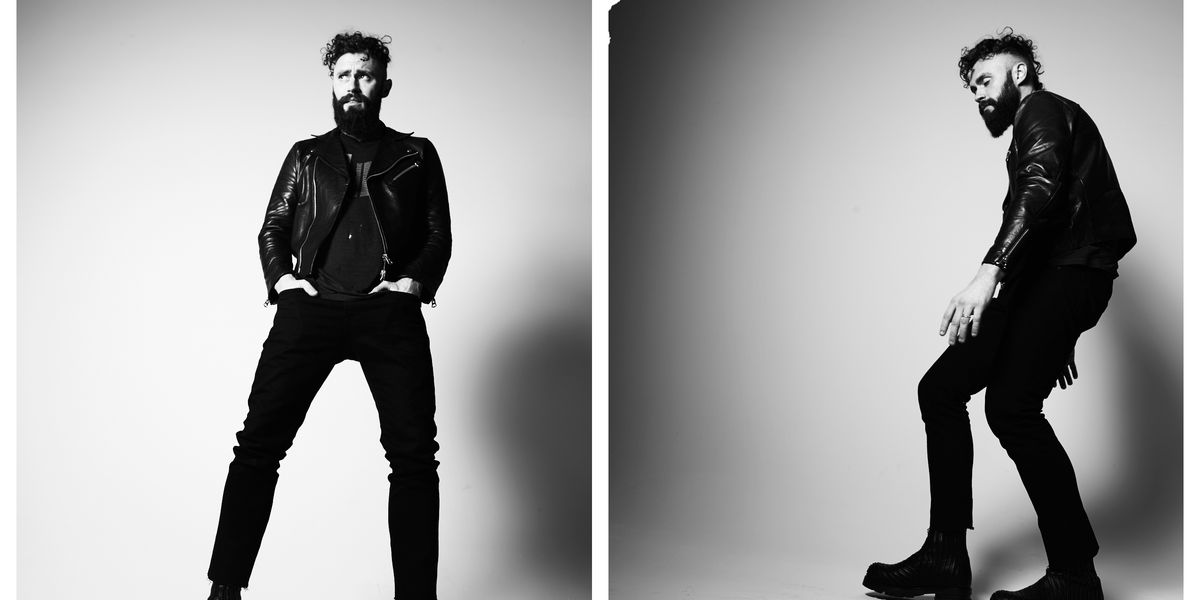 Musician Mikky Ekko broke into the pop cultural consciousness in 2012 when he was featured on the Rihanna track "Stay," which he also co-wrote and performed with her at the 2013 Grammys. There's nothing like a cosign from Queen Rih to launch your career--and Ekko found himself signed to RCA and launching his poppy debut album in 2015, Time, on which he worked with a plethora of musical greats, from Blood Diamonds to Ryan Tedder to Clams Casino. Then a funny thing happened--Ekko took a break. He left his label and instead embarked on creating his second album himself, reinventing his sound from the poppier genre he'd broken out with and finding a new wavelength. This premiere, the retro-sounding "Blood on the Surface," is Ekko's first track from his new album and new direction. Listen above and then see what Ekko has to say about reinventing his sound, working with only one producer, and his influences.

I've heard you're taking a different approach to your sound this album. What inspired you to try this, and what kind of sound/approach are you now following?

I had to get back to my roots… and by that I mean I had to get back to the core of the music I love, music that pulls from lots of different influences and hybridizes. While I'm proud of my first album, Time, it never hit the mark in terms of what I wanted to make. For some people the new album will probably seem like a departure, sonically, but I just see it as making the album I was always meant to make. It's grittier, more DIY, but still accessible--and at the end of the day, I know the new album is more definitive of who I am as an artist.

You've had hits with Rihanna, and put out Time in 2015—are you nervous about how a change in artistic direction will be received? Excited for it?

Every musician wants their art to be well received, but ultimately I think it's more important for an artist to express what they NEED to express in the moment. Total transparency can be scary, sure, but I think it's exciting, too. The more transparent you are as an artist, the more you've got on the line. You've got to be willing to risk people not "getting it" to show them where you're going, but that's honestly the most exciting part for me.

What are some of the influences/inspirations for "Blood on the Surface"?

I set out to write something that felt like a sort of psych pop song from the 60's or 70's, but wanted to keep it consistent with what I'm doing now. "Blood on the Surface" help me put into words how I feel about the current cultural/digital/political climate.

Why did you choose this song as your first single? Are there any other tracks you're particularly excited to release out into the world?

As soon as it was written I knew "Blood on the Surface" was the way I wanted to set up the album. Most of the music I listen to is left of center, whether it's Death Grips or Jon Hopkins and i felt it was really important for people to hear where my head's been the last couple years.

In the past you've worked with quite a host of producers and writers. Is there anyone from this upcoming album you were particularly excited to work with?

I specifically asked Jay Joyce to executive produce. I only wanted one overarching producer for this album and Jay was the only person I trusted to get it right. When I went to play him songs, we finished listening and he turned to me and said, "Well, I love it. But what do you need me for? You've got something good going here and I don't wanna fuck it up."

I looked him dead on and said, "But that's exactly what I think we need to do. Fuck it up. Then put it back together…then do it all over again 'til we get it right…" and his eyes lit up.