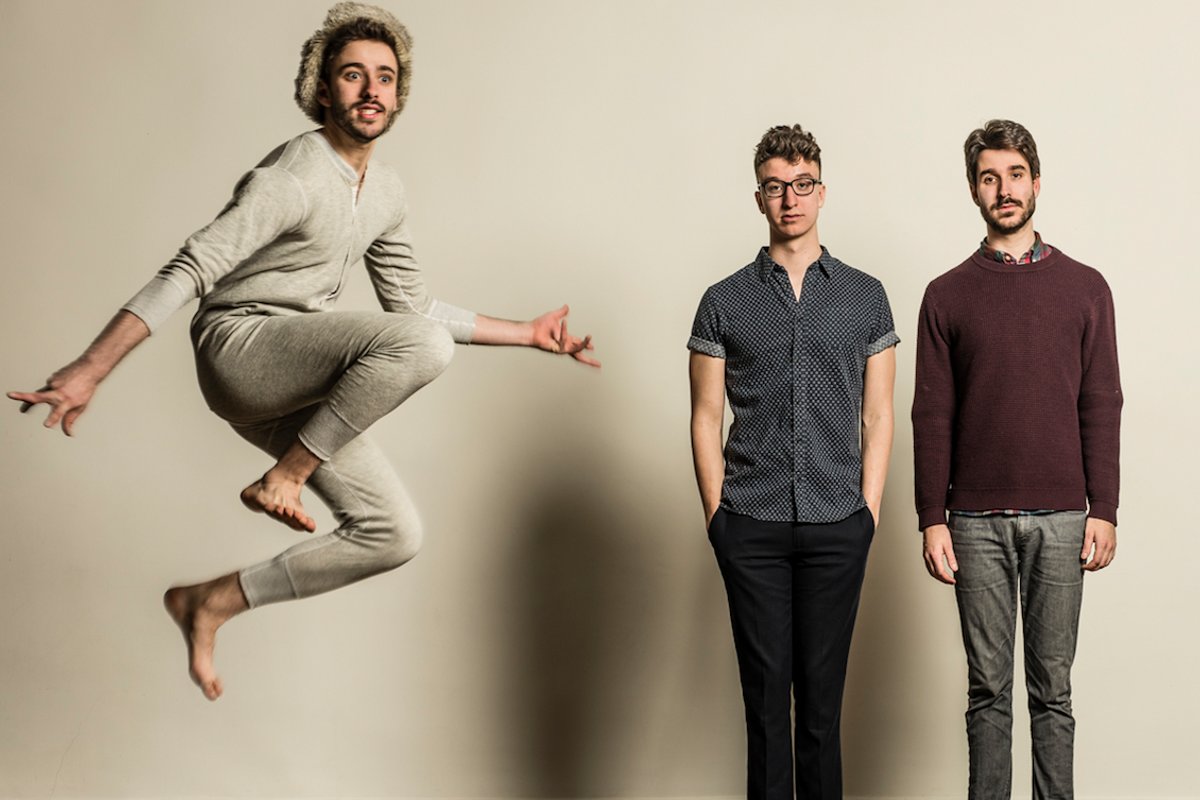 PREMIERE: Give in to Temptation and Watch AJR's New Video for 'Weak'

Temptation is everywhere. It's in stores, in club bathrooms, in those 11.30pm snaps from your friends when you're already definitely in your coffin for the night and they're all out and just ran into Nick Lachey. What's more difficult to find is an accurate representation of the complex, emotional whirlwind that comes with temptation – but if anything comes close to cracking it, it's the AJR track 'Weak' and it's accompanying visual.

Already racking up a cool 100 million streams, 'Weak' is set to be the spring banger that summarizes all the bad decisions that are about to become a part of your lifestyle with the warmer weather. AJR, which consists of brothers Adam, Jack and Ryan, is the kind of alt-electro-pop New York band that we haven't seen since the indie golden age of the mid 2000s. They're very much in a league of their own and we couldn't be more appreciative.

Directed by Shane Drake (famous for Panic! At the Disco's finest and everything from Paramore) the video has AJR going wild on the New York subway before lead singer Jack eventually gives into – you guessed it! – temptation despite multiple warnings and essentially everything goes downhill from there. It's dark and brooding but also can't help but wink at you with it's own relatability – which was the trio's plan all along.

"One of the cool things about this song is that listeners are hearing their own weaknesses in the lyrics, so in the video, we used this mysterious light to represent a vice," AJR says of the visual. "This light would be so blinding and enticing, that it would force Jack toward it. Jack would have no control over his will, until he gets to the light, and pays the price."

Watch the video below and, considering the whole 'glutton for punishment' message, have even less regrets about ignoring that 3am booty call.