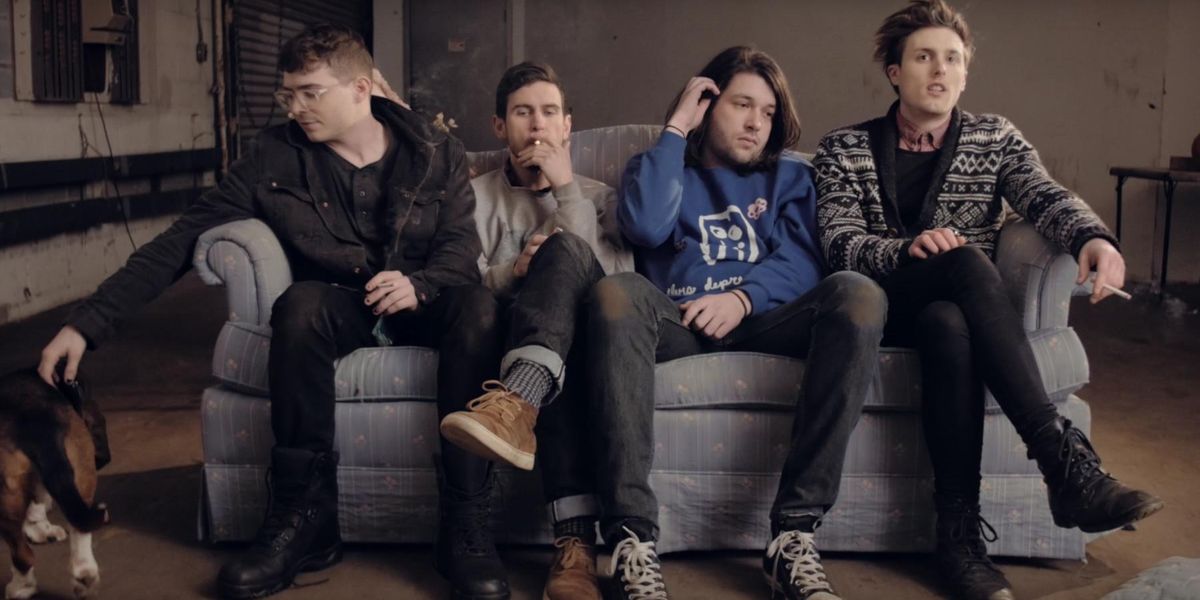 PREMIERE: Get Destructive With Teen Suicide's Video For "Alex"

Feeling nostalgic for your reckless youth? Unsure of where your new beginnings will take you? Well look no further than Baltimore-based Teen Suicide's impetuous, guitar-smashing video for "Alex". Taken from their forthcoming album It's the Big Joyous Celebration, Let's Stir the Honeypot, it's the group's first release since 2012 after operating as the solo project of frontman Sam Ray with the help of a rotating cast of supporting musicians.

However, with a new permanent lineup, and a "very lowkey" debut video for a song "written well before we'd decided to start playing shows again," Teen Suicide is ready to start over, and you too can partake in the action below. Talk about a cathartic release?

It's the Big Joyous Celebration, Let's Stir the Honeypot is out April 1st. Preorder the album here.