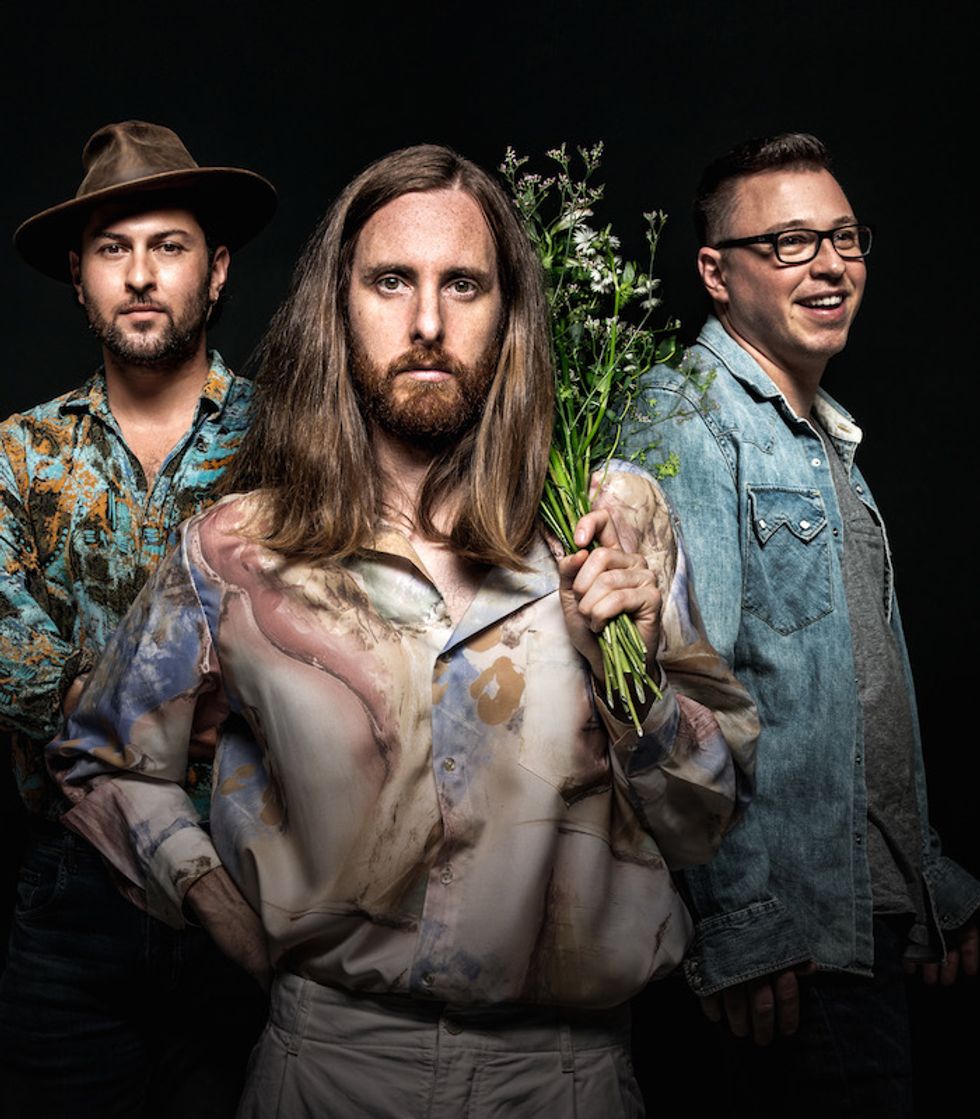 Premiere: Favored Nations' "I Can See You"

by Michael Tedder
PAPERMAG
Favored Nations will release their debut album The Great Unknown on October 2nd, and Paper has the premiere of their new single "I Can See You."  Favored Nations is a new band, but the members aren't new to the dance-rock game; James Curd has worked with DFA and Surahn "Sid" Sidhu has written for the likes of Usher and Kimbra and toured with Empire of the Sun. They are joined by Morgan Phalen, former vocalist for New York rock revivalist Diamond Nights, who met the pair shortly after leaving the city.
"I was living in L.A. and had gone to see a friend's band at The Echo. Ironically, I have very little stamina for watching live music. I think I get a little overstimulated," he says. "I ended up at the back of the bar sipping cold ones and commiserating with a like-minded individual who turned out to be James. When he got back to Adelaide, he sent me a message with a link to a jillion instrumentals he had done, some with Sid. It was pretty informal, sort of casting a wide net, as he's a hustler supreme, but I just went through the list, one by one, writing and fiddling until now.
"I'm being a tad glib since it's been three years, and we've ended up putting a lot of sweat into this. But all in all, it has happened reasonably organically. I'm very pleased that we get to work this way," he says. "It feels very modern and as if the music wasn't even made by us. It just oozed out of the internet like maple syrup."
You May Also Like
Film/TV