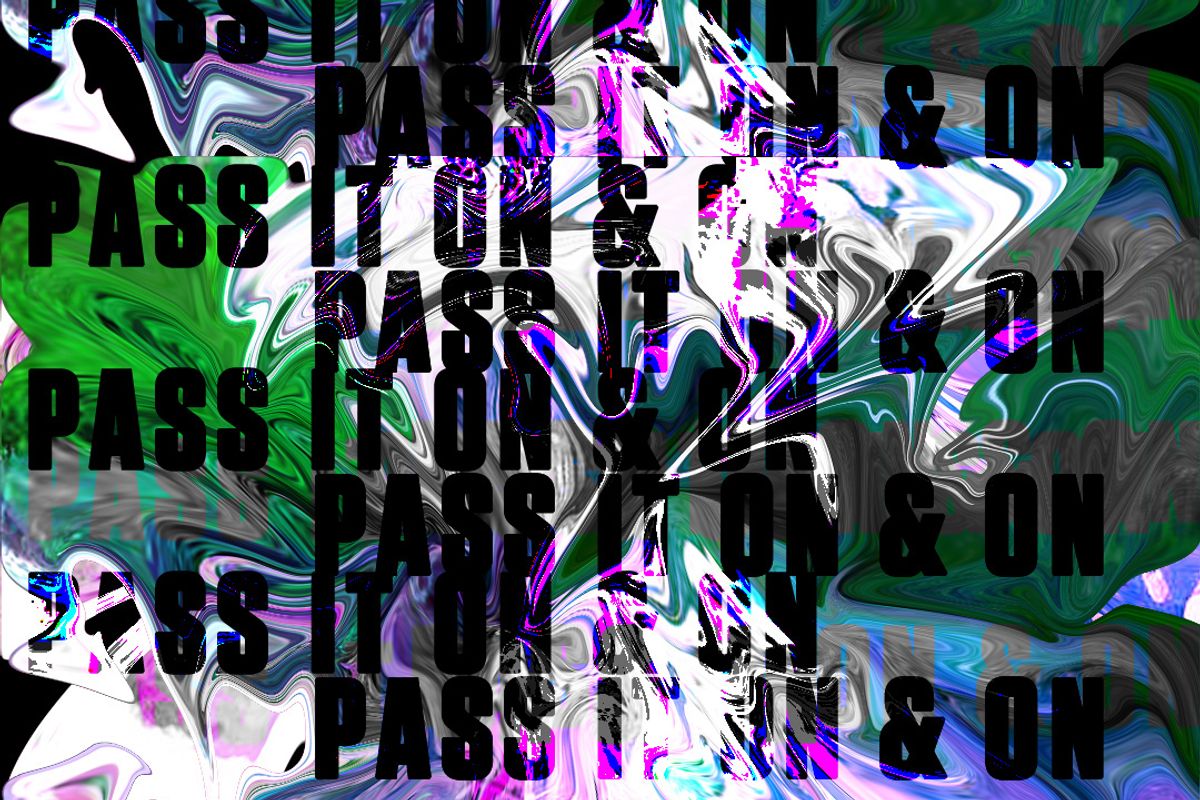 PREMIERE: Listen To False Witness's Poignant Reclamation Anthem "Pass It On & On (Ourstory)"

An integral member of Brooklyn-based queer collective KUNQ, False Witness has been on our radar for his prolific string of some of the most dynamic, politically-charged club blends to come out of NYC -- and his latest effort "Pass It On & On" is no exception.

Culling its name from an alternative retelling of Haitian history by prominent academic/humanitarian Professor Bayyinah Bello, "Pass It On & On (Ourstory)" is a powerful narrative that attempts to reclaim and decolonize Caribbean history. As such, the track appropriately begins with a sample from Bello's aforementioned lecture (well worth a full watch in and of itself) before mixing Jeremih's "Pass Dat" atop a buoyant rework of GRRL's "Bad Bitch" combined with Orbital's seminal "Halcyon On and On" -- which makes for some of the most poignant party music we've ever heard.

You can listen below and download the track via False Witness's Hulkshare.