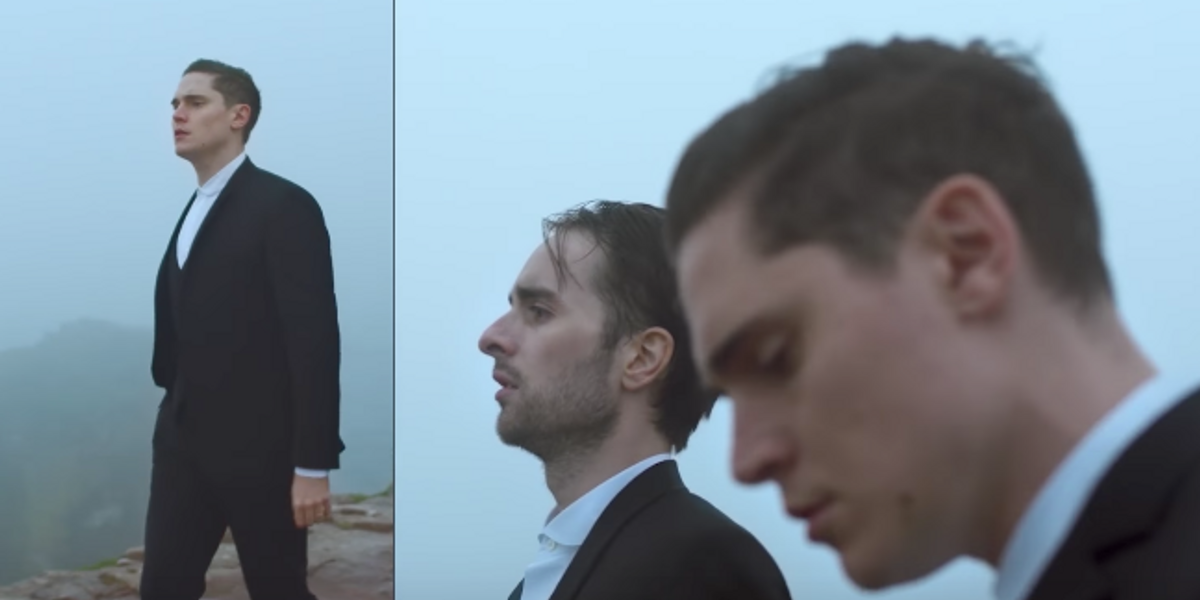 PREMIERE: Fall in Love with French Duo Her Via Their Très Romantique New Video "Blossom Roses"

If, like me, you've spent a lifetime trying to achieve inimitable French cool and are still yet to succeed, Her's effortless "je ne sais quoi" is only bound to frustrate you further.

The duo, comprised of Victor Solf and Simon Carpentier, have risen exponentially in the past two years to become France's go-to answer alt-RnB – recently releasing Her Tape #2, a six-track EP which examines that intricacies of intimacy. Their latest visual for single "Blossom Roses" sees the band head to the seaside in suits for what they claim is the first video where they really "embody [their] music."

"'It was important for us because the song has the most intimate and poetic lyrics we've ever written," Victor and Simon say of "Blossom Roses. "As we face personal issues, this song reminds us how important love is to overcome difficult times. Whether it's about maternal love, carnal love or friendship, we believe love is key."

Watch the moody video and catch Her this summer on their North American tour (dates below).