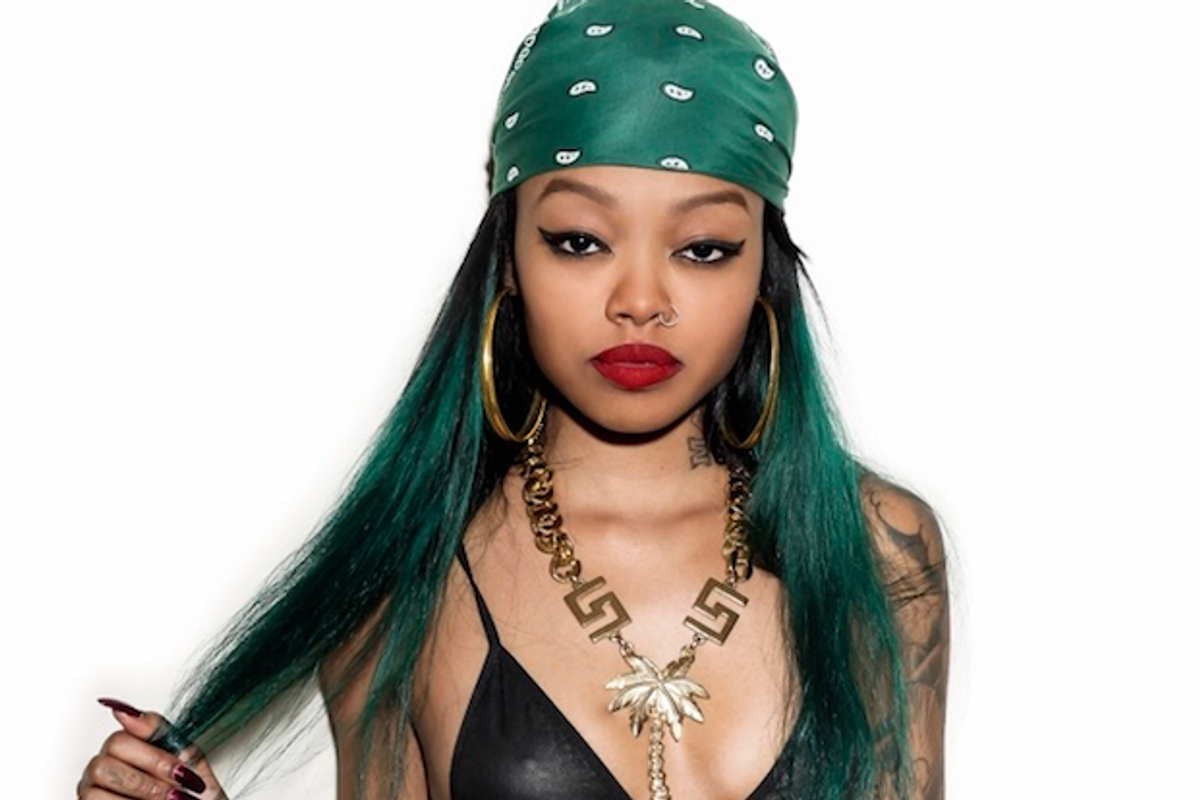 To meet Maliibu Miitch, even via her music alone, is to fall for her. Not only does five-foot firecracker the spit actual fire, but Maliibu is not here to adhere to your standards – whatever they may be – because she makes her own.

In her latest offering 'Crush On You' Miitch embodies traditional rap-video eye candy, but you better believe she's a whole lot more that. In fact, these new visuals are just another example of Miitch upending the established hip-hop model entirely. Miitch bodies her own verses while a guy sings the hook and takes centre stage as some dude plays the 'hot video girl' role. Besides, according to Miitch, you don't need a big ass if men do the twerking for you.

We chatted to Miitch to learn about the hustle for females in hip-hop, writing her own bars and if she's willing to use her sexuality to sell. Peep her new video below and embrace the school of Maliibu Mitch.

'Crush on You' is about using "sex as a weapon." Considering you operate in a male-dominated industry, how have you embraced, or avoided, using your sexuality in rap? Is it more blessing or curse?
Being in a male-dominated industry for me using my sexuality is the last thing on my mind. It's not like I don't want to be or feel sexy. What woman doesn't want to feel sexy? I try and have some balance with it though. I may post a sexy pic, but best believe I'll jump on the track like a little gangster. I feel at most times it can be a curse as a woman tapping into your sexuality because guys well tend to focus on just that.

On that note how difficult is it to be taken seriously as a woman in 2017 hip-hop? How has the landscape changed in since you started five years ago?
I think its a lot easier to be taking serious in hip hop now because men aren't rapping as hard as they use to. I get a lot more respect and recognition from people for actually writing my own lyrics and spitting. In 2012, when I was first starting out, people had this new perception of a female rapper in the image of a Nicki or an Iggy. You know, huge ass and bigger boobs! So my little buns and "itty bitty booby committee" would get overlooked. Which is cool, because they were the only women putting on for us in the industry, but nonetheless it still made it harder for me at the time.

I love how you insert some dude to chill in the background, it feels like such a subversion of how many male rappers use women as props in their videos. Was that a conscious decision?
You are giving me too much credit! Thank you! I honestly wish it was. I do always make jokes about guys clapping their asses in my video but I'm pretty sure that would never happen.