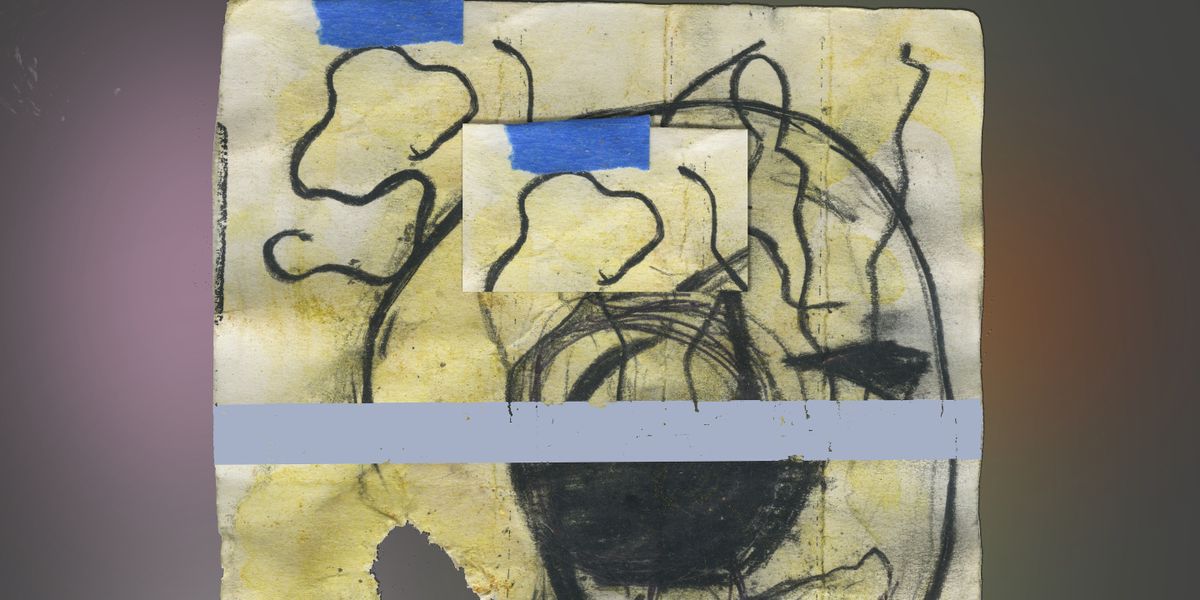 Purple Tape Pedigree -- an imprint helmed by tastemaker and underground champ GENG -- has been re-working the word "club" from the inside out since it first hit its stride last year, with a slew of releases that challenge your expectations (and your dance moves) from the moment you get in the door. After all, in the past few years, the term "club" has shed its "no entry bouncer" baggage, and is now more about embracing a different sort of crowd -- one that's more open, more accepting, and more adventurous. Because if the bill and audience hits just the right sweet spot, there's never been a better place for outsiders.

DJ New Jersey Drone (aka Robert DeBois) has been a fringe operator from his opening releases, and with his Syn Stair record, the producer has finally cashed in, sending his tunes into outer space (sonically, speaking) while still remaining in sync with the labels and DJs at the helm of this new definition of "club" in NYC.

Pinning down what makes DeBois' music so worth pursuing might take a few paragraphs in and of itself, but his use of rhythm is probably best understood as a full-throttle, bodily assault, one that switches up booming kicks over skittering melodies and snips of crowd-sourced voices -- all delivered lightning fast. As such, we knew we had to speak with him about how exactly he puts something like Syn Stair -- not to mention its standout closer "Spectral Future Loop" -- together.

For NY-dwellers interested in checking out this "new club" experience as well, you can catch his release party tomorrow, Saturday, March 12th at Trans-Pecos, alongside selectors and producers SHYBOI and Letta, a live performance by Celestial Trax & Roosevelt and special guest Dedekind Cut.

First of all, what is Syn [Stair] to you?

SYN is a feeling. SYN is the God I look for in all my music.

Most of your music hovers around 150-160 beats per minute, a space most people commonly pigeonhole into footwork or "club." How has this influenced you coming into the LP?

The rhythms created at that speed have always been the most interesting to me. Space becomes an important factor since things can get very dense and fall on top of each other or they can be spaced out but then all come colliding at a high rate. Footwork and Club Music helped to show me a way to work at that BPM range, particularly some early DJ TIZZ mixes from Philly. The relentless of the air horn over clipped beats and chops amazed me and started to show me the connections between club and noise/experimental oriented music.

On a sliding scale of rhythm versus texture, what is more important?

I think they are equally important. As texture, rhythm and melody could all be the same thing to me. I am sure others would disagree with me on that but "Frequency" is what we are all working with. A rhythm is not truly a rhythm unless it has the proper texture and melodic (maybe subtle, depending on tone) elements has well.

Sliding hypotheticals aside, I'm really into the use of silence and space in things like "Spectral Future Loop." How does this work in a club environment?

Funny you mention that, because it can either go two ways depending on how attentive the audience is. When I get billed on more "club" or "bass" style shows, sometimes people can get turned off and disrupted by the explosion of rhythm, abrasive sounds [and then] silence. When the silence happen, you can either hear people talking about where they should go to next or they think the sound was cut off. In certain contexts, the crowd can become part of the music. I can usually see [composer John] Cage's ghost smiling in the audience.

If someone was to see you live that you has never seen you before, what should they expect, if anything?

You're either in or out. It can be a relentless experience, or it can be beautiful and euphoric. I have seen people weep and dance erratically until their heads fall off, and I have seen others just mutter to themselves and walk out.

Speaking of literal spaces, NYC parties have become increasingly more diversified in terms of audience and the variety of shows that get put on. What do you think is helping this diversification?

Well obviously the Internet would be number one, with the help of pop/mainstream Industry taking ideas from the underground artists and bringing them to larger platforms. I do not agree with this necessarily, but sounds are like objects and the way they are arranged/displayed can help bring attention to them and then that can eventually lead to a discovery of where those sounds originated from. Labels like [Purple Tape Pedigree] , Bootleg Tapes, PAN and Diagonal are really helping bringing audiences together culturally and sonically. To see an artist like Russell Haswell, who comes from a noise background, play a Boiler Room set made me so happy. He could work on the next Kanye album and that wouldn't even be a surprise to me. It would just make sense.

On that note, parties like HYBRD and DWMS (both Purple Tape Pedigree) tend to focus on an intersection between the LGBT community, multi-gender/multi-race representation in line-ups, and the outer fringes of dance music -- the HYBRD party you're playing tomorrow especially favors a more aggressive sonic palette over hours of "club bangers." Have you noticed a shift in audience/line-up diversity from parties you've played in the past to now? Is there an opportunity to further bring these fringes together?

I think there is some real beautiful shit happening within the "club environment". The word "club" has so many meanings and affiliations, and paradoxically I think this gives some people a narrower viewpoint of what it is. But then there are others that are trying to expand on the sensation and I think [Purple Tape Pedigree] and Bootleg Tapes have been really helpful to bring artists and sounds together that normally wouldn't be playing together, but should be. This intersection can only make things better.