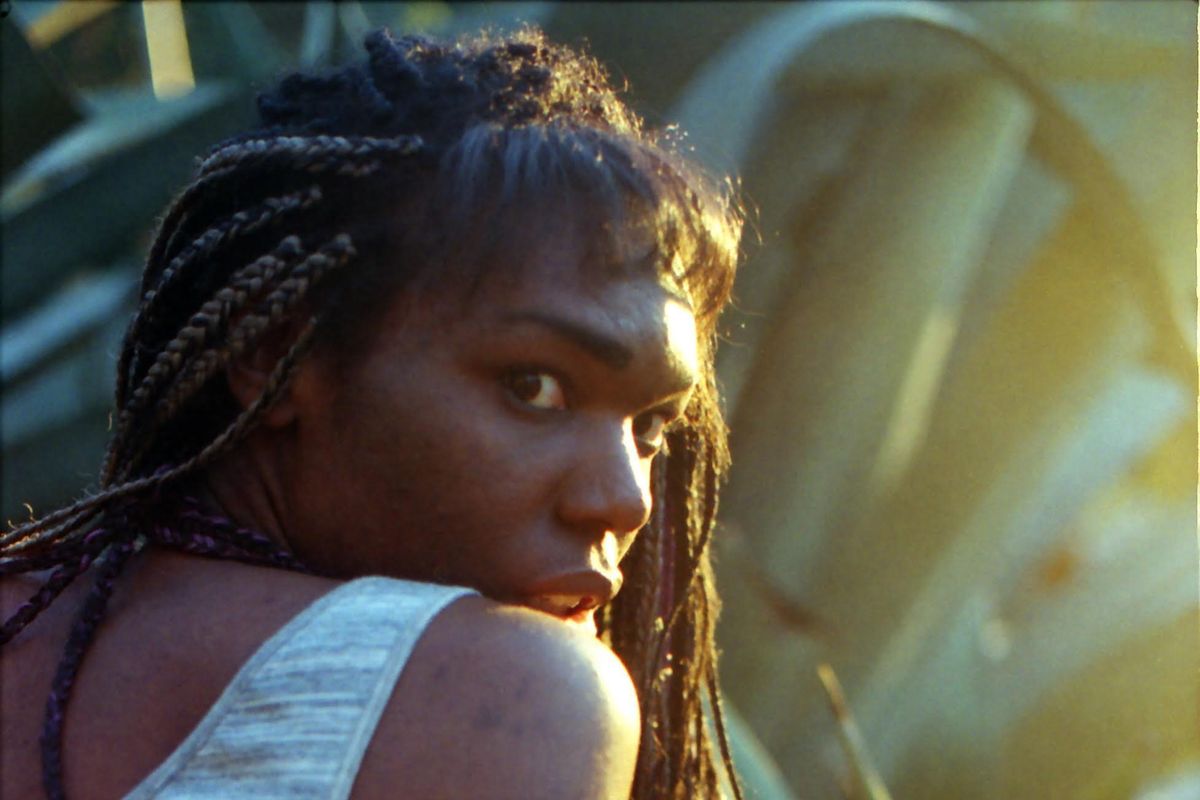 AH MER AH SU is the musical project of Oakland-based artist Star Amerasu. She captivates us immediately with her haunting vocals on "Space," the latest song off her upcoming EP, Rebecca.

Written when she was only 20 years old, and inspired by her own experiences, the song is brimming with emotion of a young person in love and in fresh, biting heartbreak paired with the "lament for being disposable" as a trans woman who is "put into the dark, the closet, the space that those who are amorous towards [her] can go in secret."

Star spoke with us about writing the song, saying,

Instead of saying, I can't be with you because I can't be public about being trans attracted, he said "lets have space", which meant still having sexual relations with me, occasionally and on the low. The first time he said he couldn't "see" me anymore I cried and I cried and I wrote this song. I wrote the verses to the song when I was 20, and you can feel my naiveté in the lyrics. The end part echoes "space, space, space" over and over because I couldn't understand what Space I belonged [in]. When I think back now I would proudly say fuck you. I would look him in the face and tell him he was a piece of shit. But I have this song as a reminder of a moment of heartbreak, and who doesn't love a song about love lost.

Additionally, when I think about this how lucky I was that this guy was "nice" enough to not just kill me. How many trans women are murdered by men who they have had relations with? It makes me angry, it enrages me that the men who are attracted to us often are the ones sending us to the grave.

Check out the song below: