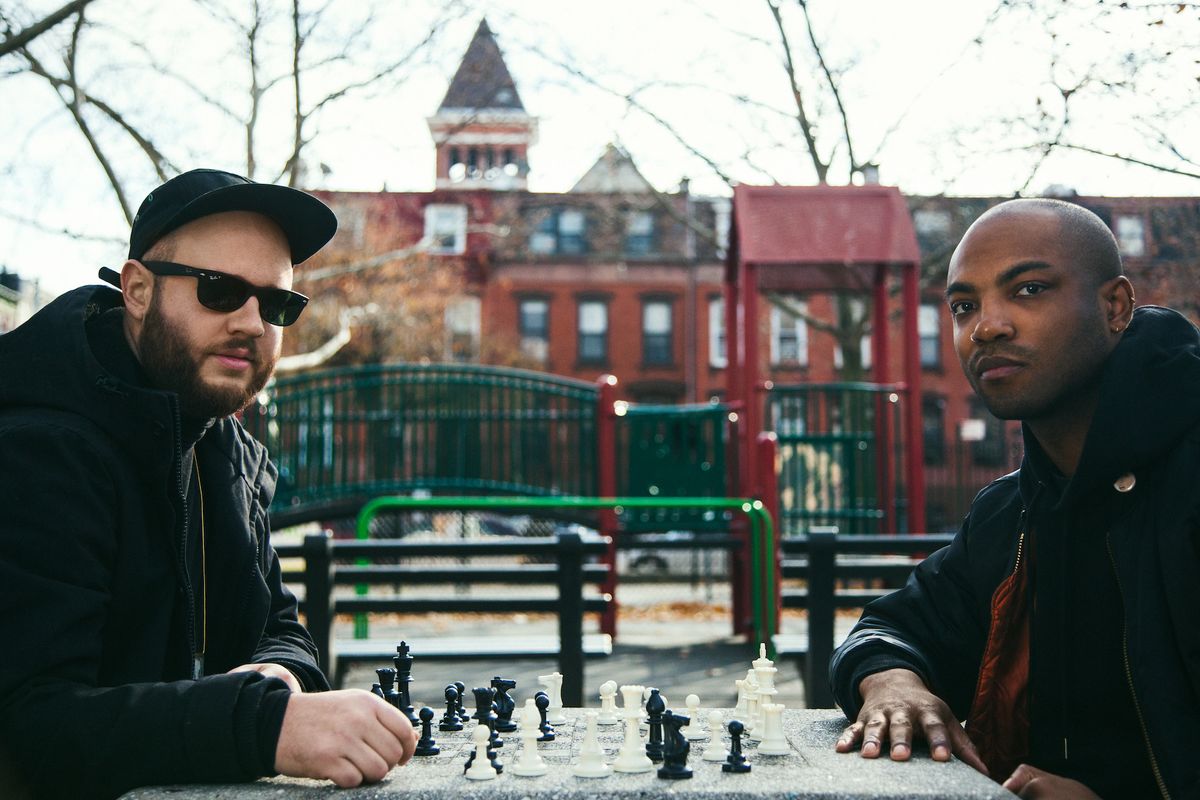 Bedstudy, a rising Brooklyn indie band helmed by Peter Baldwin and David Plakon, shares a new video for their gorgeously woozy track, "Ø (Arms Away)." Directed by Moses Moreno and Richie Duque, the clip simultaneously depicts a made-in-NYC love story and the wrenching violence that many transgender individuals continue to face. The video centers on a genderqueer protagonist (played by model Lia Bass) and splices shots of her riding down leafy Brooklyn streets, sharing tender moments with a girlfriend and walking through a city basketball court where she gets jumped by a trio of assailants. It's a fitting context for a song that Baldwin and Plakon say was "written around the time of Orlando's Pulse shooting" and while it was "not necessarily about that," it was "affected by it [since] both members of Bedstudy have lived in [Orlando] and know people who were impacted directly." What makes the situation even more interesting is that fact that the band says Moreno and Duque were unaware of the song's connection to the Pulse massacre, which made the duo "excited that our song was able to influence this vision."