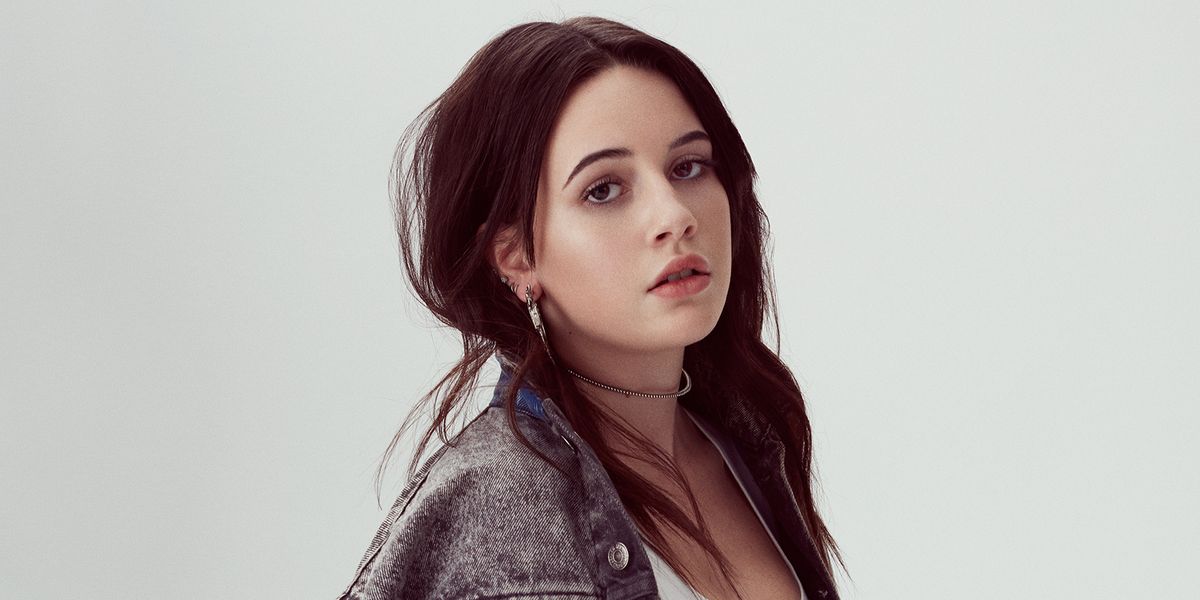 She's only 18 years old, but Bea Miller is already wise well beyond her years. Since getting her start as a contestant on The X Factor in 2015, the Brooklyn native has released a debut album (2015's Not An Apology), opened for Fifth Harmony, and had her cover of "This Little Light of Mine" featured in a 3 Musketeers ad campaign.

In preparation for the November release of her as-yet-untitled sophomore album, Miller is releasing a collection of three color-coded three-song EPs that all work together to tell one cohesive narrative about redemption from personal struggles. In her own words, Blue coincides with "one of the rougher times I've experienced in my life so far," while Red interrogates the "anger with myself for feeling sad for so long," and Yellow (which will be released in August) confronts "coming to terms with whatever the scenario was that made you feel those [sad and mad] emotions in the first place—enough to a point where you're not 'over it,' but beyond it."

So far, the young visionary has released the first two chapters of the collection (Chapter One: Blue and Chapter Two: Red), along with videos for five of those EP's six songs. After releasing "Like That" and "Buy Me Diamonds" last week, Miller is ready to share "Warmer" in an exclusive PAPER premiere today. The video picks up right where "Buy Me Diamonds" ends, and finds the singer and a new potential love interest looking for each other in all the wrong places. Using a necklace as a centerpiece, the video acts as a metaphor for how difficult communication and finding neutral ground can be in any new relationship.

"When you're my age, it's hard for people to be on the same page or admit how they feel about one another all the time because times can be uncomfortable or scary or whatever else," Miller explains to me over the phone. "So we made a video of [my love interest] trying to return the necklace [to me] and me constantly trying to go to where he's at while he's trying to find me at the same time. I felt it was the best way to capture how annoying that can be but also how exciting that can be in a short amount of time."

Watch the two young lovers track each other down in the "Warmer" video below.