Alexis Jae Wants Your Love on 'Open Up My Heart'

Only a collection of a few sparkly notes introduce Puerto Rican model-singer Alexis Jae's newest track, "Open Up My Heart," before she delivers an effortless rendition of the song's chorus. The rush that accompanies such a swift groove can only be described as , a sexy-smooth melt of all things disco-pop.

It's only natural for a New York City-grown star like Jae to incorporate these sounds into her songs; the lasting synths are the sonic complements of her intoxicatingly glossy stare. Having entered the public consciousness through modeling, Jae is acutely aware of each movement she's made when starring in various campaigns. Her equally as cool command of her voice and tone is what dazzles listeners in her music.

"I enjoy bridging that gap as an artist, merging sound and image to build a complete experience. It's what icons are made of."

"Open Up My Heart" is evidently disco-inspired, but takes cues from the fun-loving, meta-pop generation that has become the trademark of subsets of Instagram and Twitter culture. The lyrics and structure are easy, but not in a way that's patronizing to the listener. "To unlock my heart, love is the key," is a metaphor that seems almost innate, but instead of feeling forced, it feels new and alive. One can almost hear the click of the pins in her heart's padlock being released, opening up the floodgates to a glittery portrait of rose-lined love. 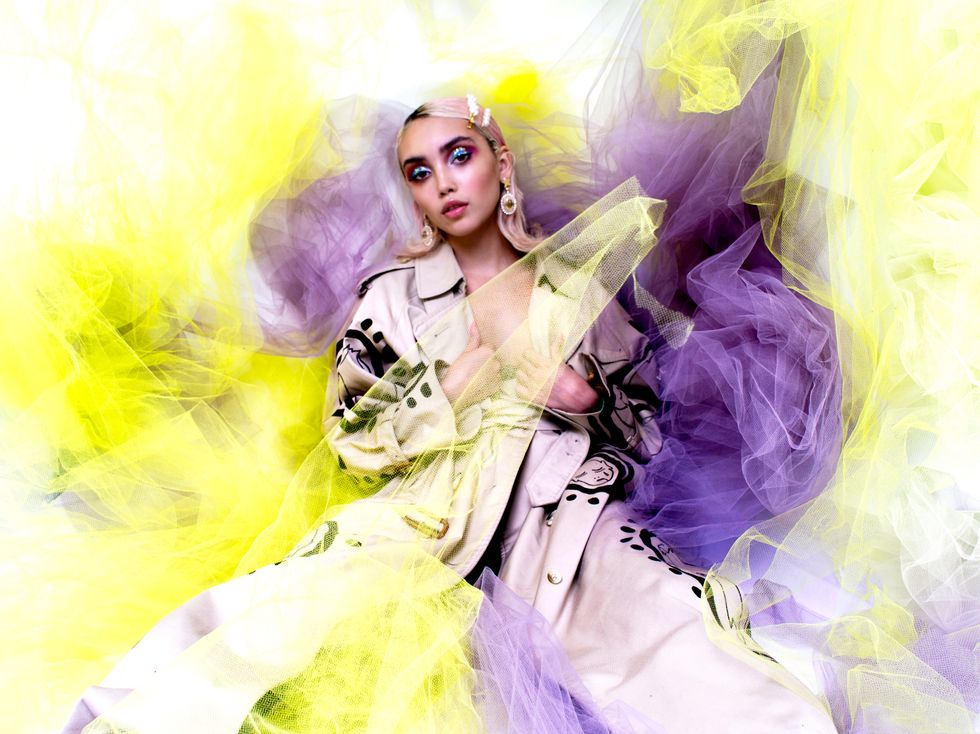 There's something so refreshing about hearing these sounds backed by such a fantastical attitude and genuine intonation, bar-by-bar and chorus-by-chorus. Jae's plain statement in the chorus, "I don't mind opening up my heart/ Be sure to put me back together once you take me apart," is transformative rather than expected. An inexplicable quality stitches together the young singer's voice and the post-modern production, a fabulous interpretation of disco-pop in a post-nu-disco landscape.

PAPER caught up with Alexis Jae about her approach to creating "Open Up My Heart" and her upcoming projects. Listen to the PAPER premiere of her new single, below.

Since your first single release, have you become more anxious or excited about releasing your music?

I'm way more excited! If anything, I've become anxious about not releasing music. I've been taking my time to develop myself as an artist, so balancing that excitement with the anxiety requires patience, and that patience will pay off in the long run. I'm definitely excited to share this part of myself with the world.

What was the process like creating "Open Up My Heart?"

"Open Up My Heart" was created similarly as the rest of the songs on my upcoming EP, Live Forever in the Hearts of Others. My producer, Marvy Ayy, worked closely with me to define the concept of the project and the vision moving forward. So together we decided that love, fantasy and glamor were iconic characteristics in the '80s that should be reinvented today. Marvy sent me the first draft of the beat for "Open Up My Heart" when I was boarding a flight to LA. It was actually titled "Beverly Hills." The rest is history! 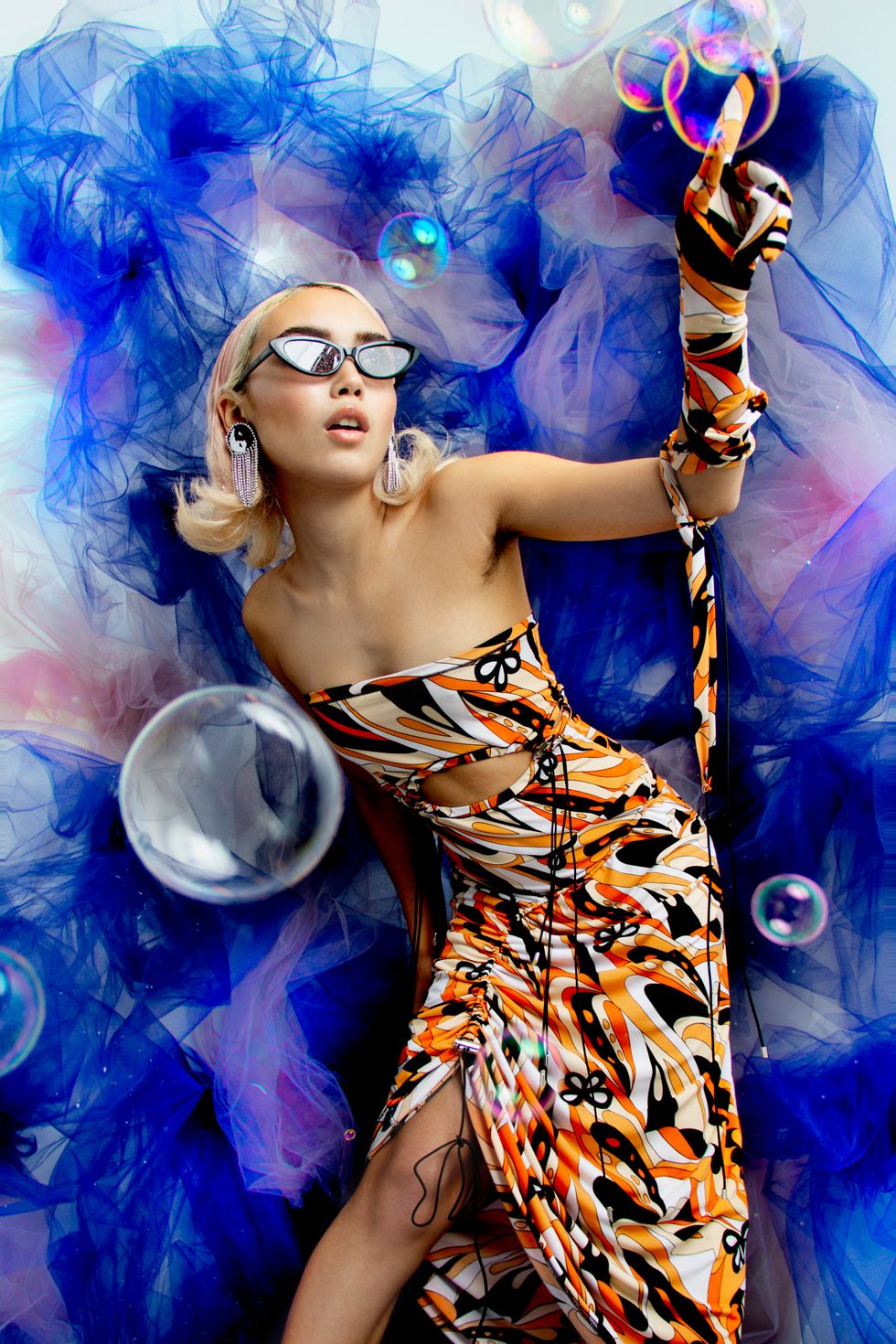 You've said in the past that disco inspires a lot of your music. What are some of the specific influences you've had for "Paradise" and your new track?

I was really into Rick James and early Madonna, it's all there. It's all I need: Glam.

In what ways is modeling different for you from music, other than the obvious?

I feel like music demands a different type of energy than modeling. You really have to open yourself up in order to be and grow as an artist. Modeling demands a more physical energy, whereas music requires spiritual energy. I enjoy bridging that gap as an artist, merging sound and image to build a complete experience. It's what icons are made of. 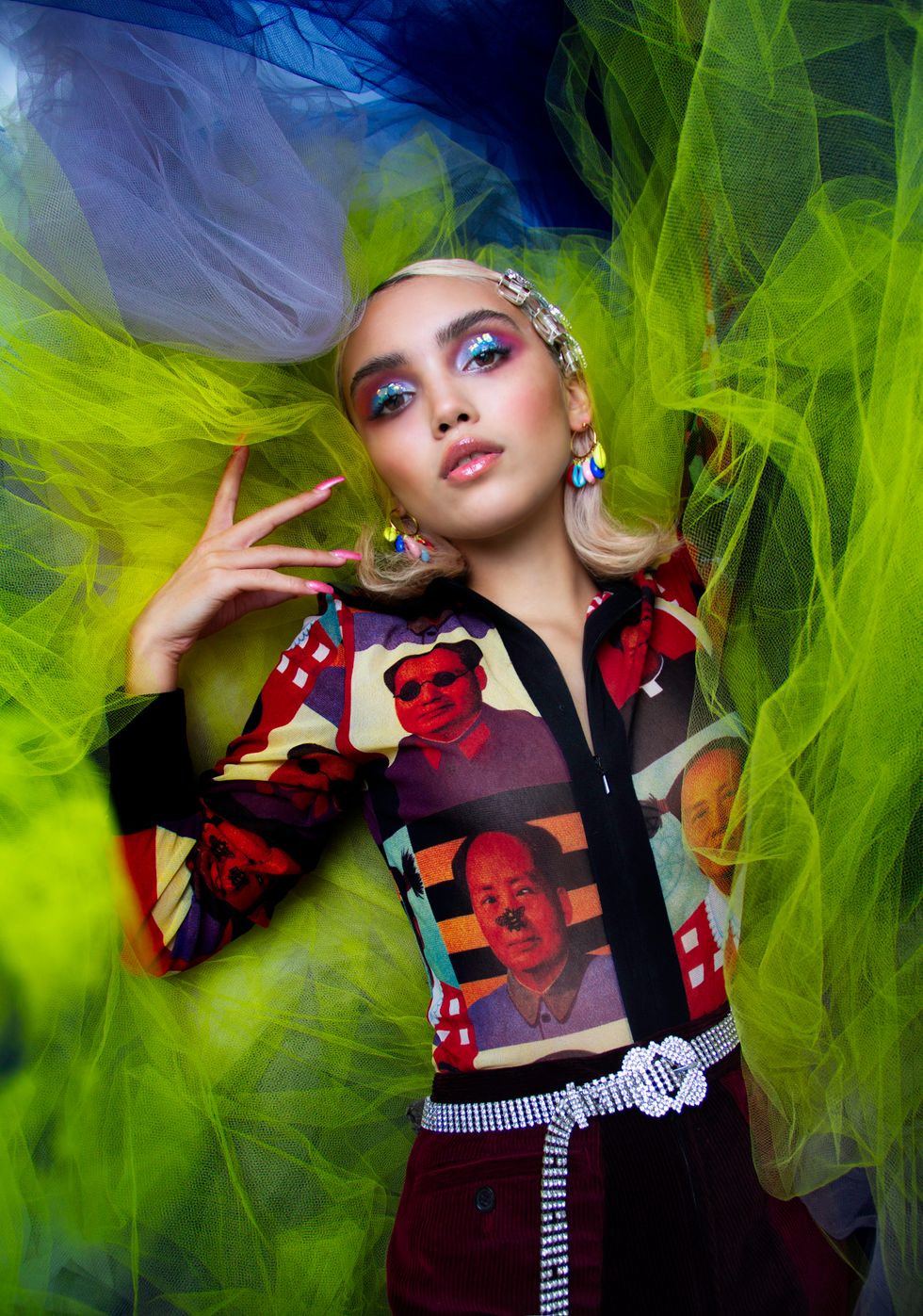 Besides this classic, funk-inspired message of love, what kinds of themes do you hope come through in your music?

FANTASY! I feel like fantasy is something that everyone needs, and that's what makes it real. Just because there are harsh realities doesn't mean you can't live your fantasy. I want my music to represent the possibility of living your fantasy.

Are these singles going to be a part of a larger project?

Yes! The project is already finished and it's titled Live Forever in the Hearts of Others. It was all made by me and Marvy. Stay tuned for the release date.