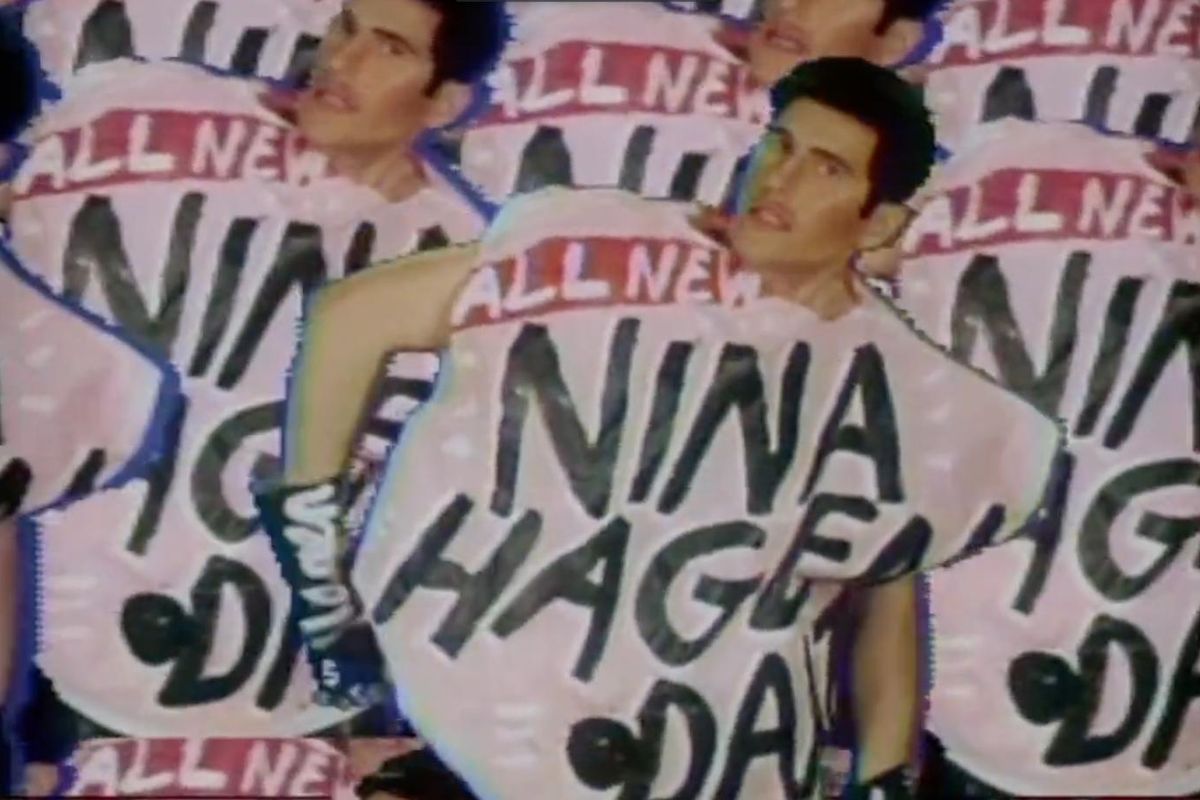 PREMIERE: Seth Bogart's Back With A Sweet New Video For "Nina Hagen-Daaz"

Seth Bogart's back, and while it may not be with his Punx, we're still plenty hyped on the new leather-filled, shopping bag-sporting video for "Nina Hagen-Daaz" from his debut solo full-length.

"I painted a bunch of large plastic shopping bags for our costumes and bought a really nice uniform from my fave latex shop in LA for my other look," Bogart explained to us. "Clementine Creevy is also in the video -- her band Cherry Glazerr played their first show ever with Hunx and His Punx at a skate park in Orange County -- I was immediately a fan of hers and asked her to sing on this song."

Absolutely addictive, we dare you to try and not to dance along with Bogart and Clem from Cherry Glazerr as they do their cut-and-splice two-step. Watch it below and catch Bogart at a city near you.