Pre-Party! Scenes From Chefs' Night Out

"But I'm on the list," the girl teetering in stilettos whined.

She may have looked good encased in her tight, shiny dress, but ample cleavage wasn't enough for her to be whisked inside Chelsea Market with the growing group of legit gastronomes. Her name did not appear on the Excel printout, so tonight she wasn't going to be able to indulge her chef fetish as planned.

Ah, welcome to Chefs' Night Out, that coveted Sunday ritual hosted by the James Beard Foundation and Bon AppÃ©tit magazine the evening before the winners of the year's James Beard Awards are unveiled. Of course the ceremony itself is highly anticipated (snippets of overheard conversation revolved around who might walk away triumphant today, when it wasn't the age-old "So where have you been eating?") but it's this 10 p.m. pre-celebration, where chefs from across the country gather to shoot the breeze, in this case over gelato and mac and cheese, that officially kicks off the revelry.

The atmosphere was rather civilized (the whiskey-fueled after parties tonight are sure to be a bit more hedonistic) throughout the market as chefs like Geoffrey Zakarian and Pichet Ong mingled with TV stars including Chopped's Ted Allen and Bizarre Foods' Andrew Zimmern, the music shifting from Alicia Keys to Peter Gabriel.

Campari may have upstaged the food celebs, however. The iconic bitter Italian liqueur was everywhere, from the Negronis being whipped up at carts by the likes of Tippling Brothers' Tad Carducci and Christy Pope of Cuffs & Buttons Cocktail Catering, to the red-hued lounge at the end of the long hallway that suggested a modern, classy bordello. Here, mix masters including PDT's Jim Meehan (one of the contenders for the first-ever Outstanding Bar Program Award) presided over the bar. Damon Dyer of Rum House made seemingly innocent Campari and sodas that went down way too easily as many partygoers probably realized when they were roused from bed this morning. The beautiful Jane Danger of East Village bakery Jane's Sweet Buns was also on hand with an array of her boozy desserts. Guests kept furtively returning to her table to snatch another Campari-laced strawberry and rhubarb bun.

The crimson theme carried over to what may have been strangest part of the night. A throng of people clad in red T-shirts that read "Save the Foie" descended upon the party. This was apparently D'Artagnan's clever marketing campaign against proposed bans of the delicacy. Who says food isn't political? 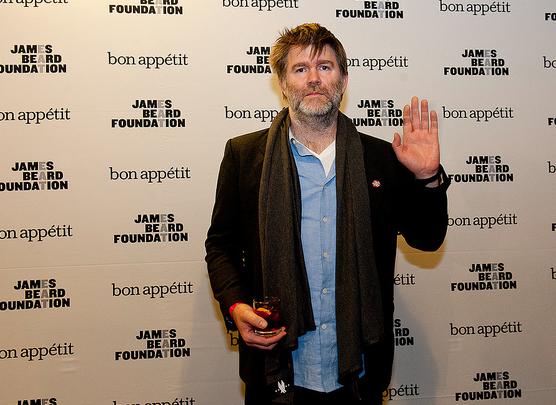 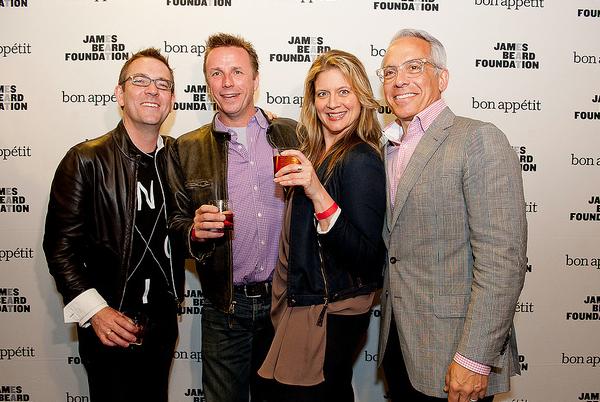 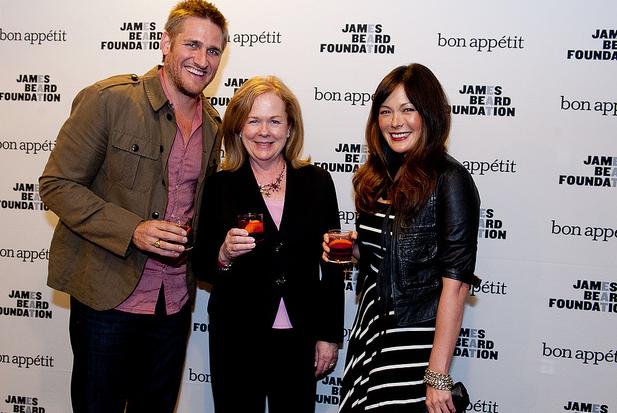 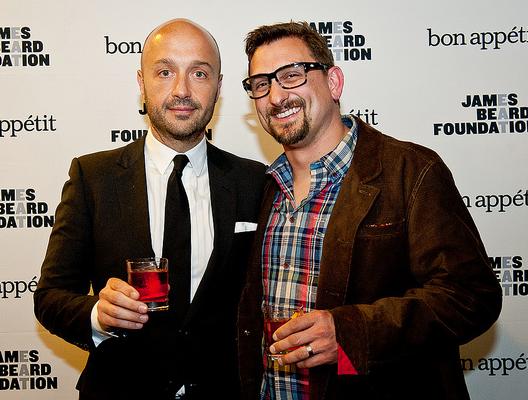 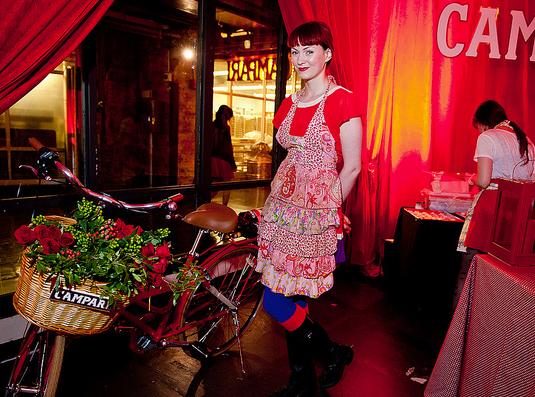 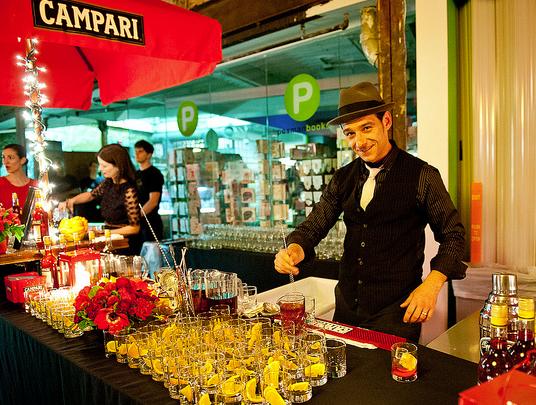 Previous Next
Tad Carducci of The Tippler 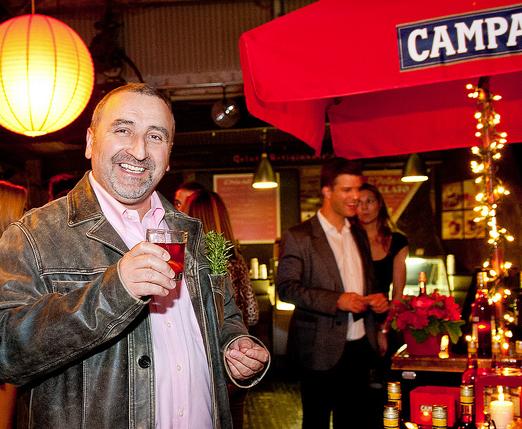 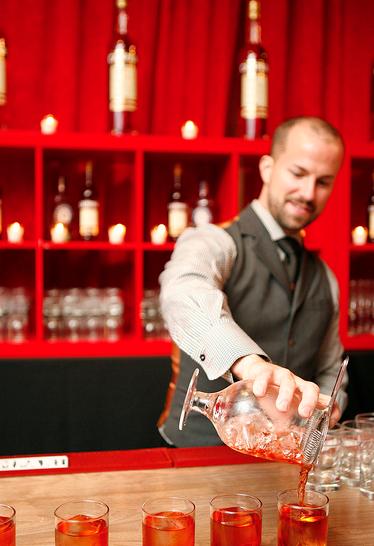 Previous Next
Jim Meehan of PDT 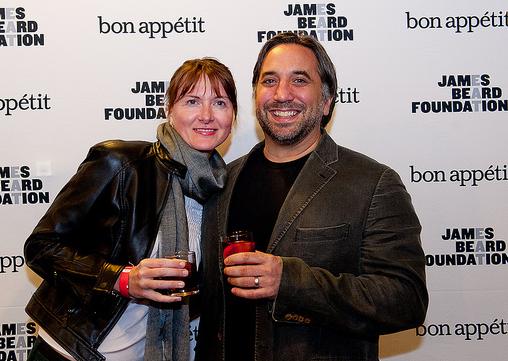 Previous Next
Marco Canora with a friend 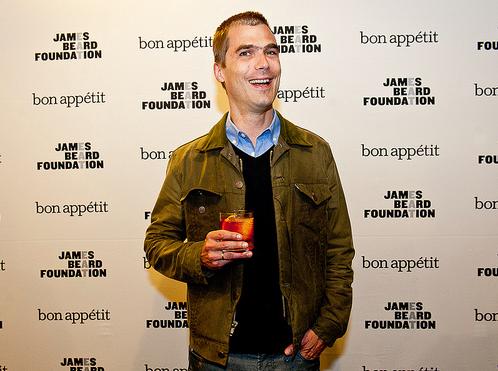 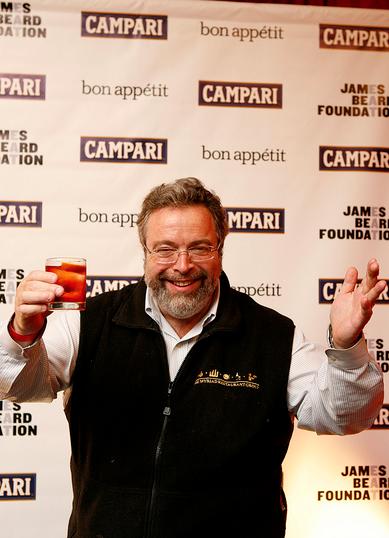