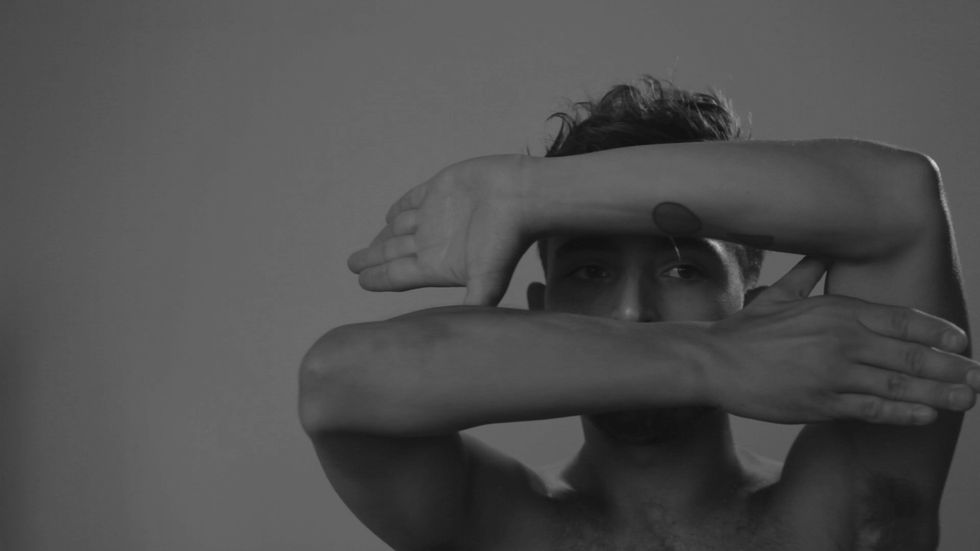 PREMIERE: Rioux Opens Up About Depression In The New Video For "Unfamiliar Cloud"

Brooklyn-based musician Rioux makes breathtaking, psychedelia-tinged avant-pop, so it's no surprise that this aesthetic carries over into the visual representation of his work. And this includes the new Landon Speers-directed video for his gorgeous, glitch-laden single, "Unfamiliar Cloud," which Rioux says was inspired by his battle with depression and recent decision to give up medication, which "provided temporary relief in critical conditions, but seemed to stand in the way of lasting transformation."

In a letter he wrote in tandem with the video, Rioux also details how the making of "Unfamiliar Cloud" and his album Fragmenta was a way of showing him that "vulnerability is often a precursor to strength," writing:

"Unfamiliar Cloud" is a conversation with depression and a vehicle for piercing through its shapeshifting cloak. Just as one identifies, understands, and moves through an inexplicable––perhaps biological––blockage, it manifests itself in new forms, making the path to a strong emotional foundation bewildering for some of us, to say the least.