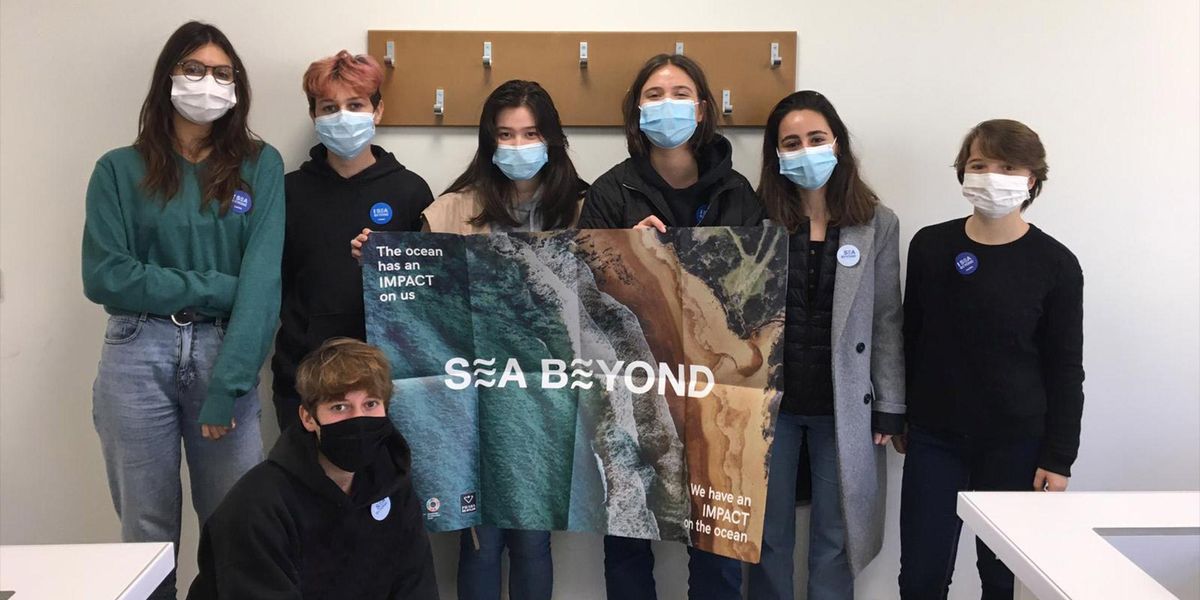 This morning marked the culmination of a new program between Prada and UNESCO's Intergovernmental Oceanographic Commission (IOC), the marine sciences arm of the U.N. As part of its "Sea Beyond" initiative, a competition was held where over 300 students around the world were tasked with developing awareness campaigns around ocean preservation.

Today's virtual ceremony announced the winning entries, which were judged by prominent aquanauts, oceanographic explorers, environmental advocates, marine scientists and free divers. The first prize went to the Portuguese school Agrupamento de Escolas de Vialonga in Vialonga (Lisbon), who came up with a short cartoon titled "Circular nets: a sea of plastic"). The campaign showed the effects of plastic pollution on ocean ecosystems as well as ways to upcycle waste.

"Along the project these incredible students learned ocean literacy and were invited to be part of an international ocean movement, committed to advocate its value," said Prada Group's Lorenzo Bertelli in a statement. "It has been very hard for both the teachers and the students to stay on board during these difficult months, experiencing home schooling and all the pandemic challenges. Their enthusiastic participation is really touching".

The winning school received a donation of 5,000 euros for educational materials, and the top three campaigns will be shown on Prada and UNESCO's social channels as well as their website. Learn more about the initiative on PradaGroup.com.

Photos courtesy of Prada and UNESCO