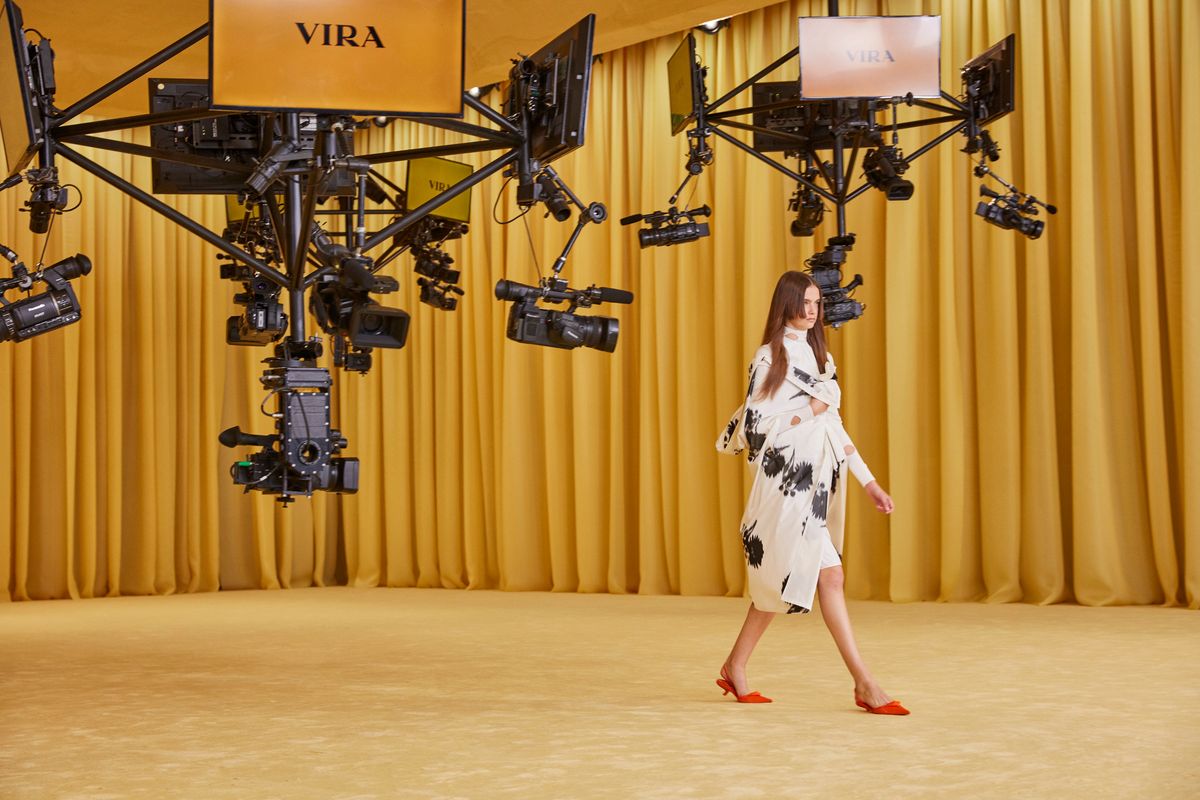 I don't typically wake up at an early hour to watch a fashion show livestream, but as everyone in the industry knows, debuts are a big deal around here. This morning was Raf Simons' first Prada collection as co-creative director (alongside Miuccia herself), which under normal circumstances would draw the biggest crowds in Milan as the toast of Fashion Week.

Instead, the brand opted for a digital presentation in the wake of uncertainty over a pandemic still looming. And so, I set my alarm for 7:59 AM to check out what is undoubtedly the most anticipated collection this season. What ensued was 13-ish minutes of pared down dressing, streamlined separates and overcoats rendered in "re-nylon," Prada's new regenerated material.

The focus on uniform dressing, a signature long-held by both designers, was on full display early on. "The collection explores the notion of uniform, touching on multiple different interpretations of that concept — a uniform of Prada, of a community, a visual representation of identity, of shared and embraced values, a way of thinking," the show notes read.

Elsewhere, a series of graphic artworks created by Peter de Potter (a longtime collaborator of Simons) were applied over archival Prada prints, while a rectangular wrap fastened around the torso by a single hand was quintessentially Miuccia, a gesture she explored in her final collection as solo creative director last season.

Prada's classic triangle emblem got more action than usual, and the branded peek-a-boo turtleneck look recalled Simons' work for CALVIN KLEIN 205W39NYC. If there was a single look that encapsulated the collection's sense of "dialogue" the best, however, it has to be the knit black top with holes cut throughout paired with a lovely gray belted A-line skirt — Raf on top and Miuccia below.

If the models didn't feel familiar, it's because they all had never (!!) walked a fashion show before. Their first names were displayed on the screens that surrounded the OMA/ AMO-designed set, a nod to this season's idea of "firsts" and "debuts." The presence of monitors and cameras was a deliberate ploy ("a mediation between technology and humanity").

Afterwards, Raf (with new hairdo?) and Miuccia held an earnest conversation about fashion, their relationship and what they drink first thing in the morning (coffee for Raf, hot water for Miuccia.) They answered a variety of smart questions from fans in places like New York, Ukraine and Japan. Catch the full show and Q&A below!