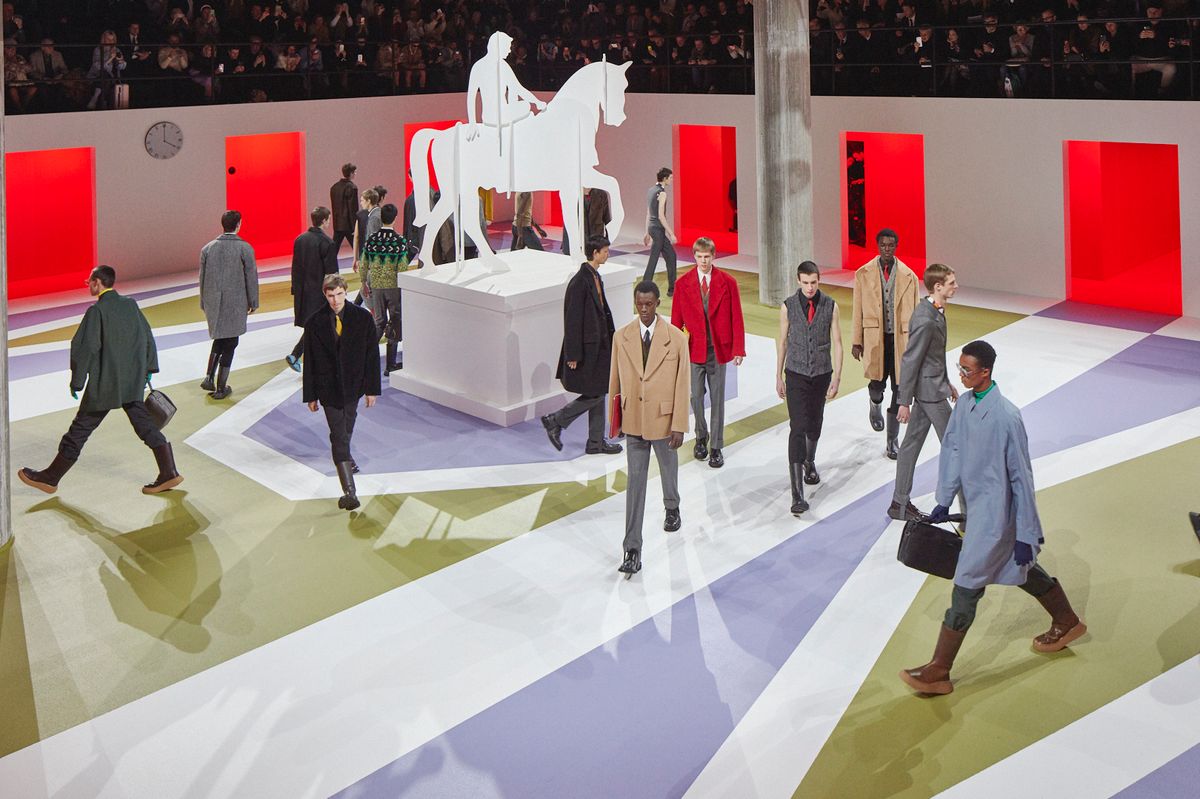 Here's What a Prada Morning Commute to Work Looks Like

After skipping Milan last season to show in Shanghai, Prada returned to the Italian fashion capital for its Fall 2020 show. Much like the Marni show this weekend, Prada's models were spread out and while walking briskly walked in different directions, conjuring images of a hectic work commute in the city complete with briefcases and neckties See, below, for highlights from the brand's show.

Noted architect and Prada collaborator Rem Koolhaas designed the set for the show by way of his AMO studio. The set was comprised of two piazzas with multi-colored, geometric flooring and a statue of a man atop a horse and podium. "I wanted an equestrian statue, but of course equestrian is not politically correct," Mrs. Prada told reporters backstage, per Vogue. "So I told Rem [Koolhaas], 'Let's do an equestrian that is totally non-heroic.'"

Much like the thinking behind the collection, the VIPs in the front row ran the gamut from rappers like Quavo (who took a marvelous photo with a beaming Mrs. Prada) to film director Luca Guadagnino to actor Dylan Sprouse and his boo, model Barbara Palvin, both of whom have been really making the rounds in Milan this week.

Prada's boys will apparently be baring their entire arms this fall, if the brand's fitted sweater vests/sleeveless button-downs are anything to go by. But it was the variety of professional-looking dress styles that emerged as one of the biggest themes, with three-piece suits, corduroys, acid-hued coats, and sporty nylons all making up the new mode of workwear. Words like "surreal," "postmodern" and "metaphysical" made up the show notes, encompassing Prada's cerebral and conceptual approach to designing classic staples.