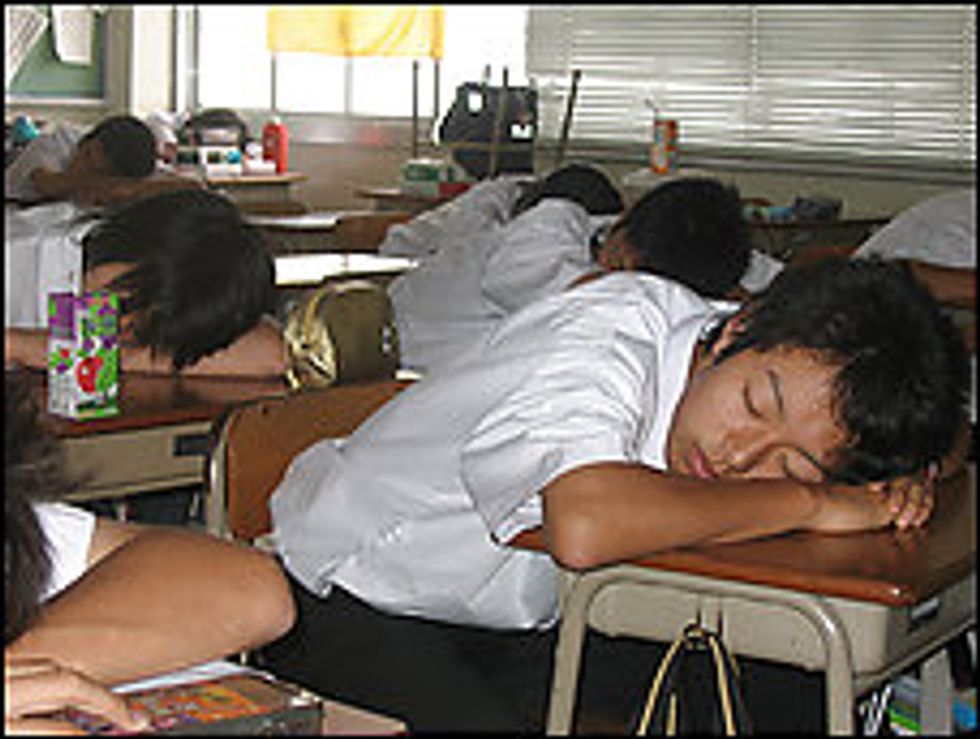 Japan provides all manner of amusements for bemused Americans. We love the kids and their pop fashions, assuming and dropping identities with the casualness of Paris Hilton romping in the sack. We love the toys, the gadgets, the sushi and saki, the Geishas, the movies. We observe their behavior, scratch our head and wonder if maybe there's something worth emulating in Japan's new fad of the moment -- napping.

First of all, I love the headline of this story -- "Nation of Workaholics Sleeps on the Job"

The nation called by experts "the most sleep deprived on earth"  is obsessed with productivity as reflected in the mental alertness craze that's sweeping the nation. Electronic games designed to increase ones brainpower is the most rapidly growing segment of Nintendo's business. To facilitate the art of napping, nap salons have appeared to cater to this growing market.

Naps should last not more than a half-hour. Here a trick you can try at home. Drink a cup of coffee before taking your nap. It takes about 20 minutes for the caffeine to kick in so you wake up all fresh and ready to go back to work.