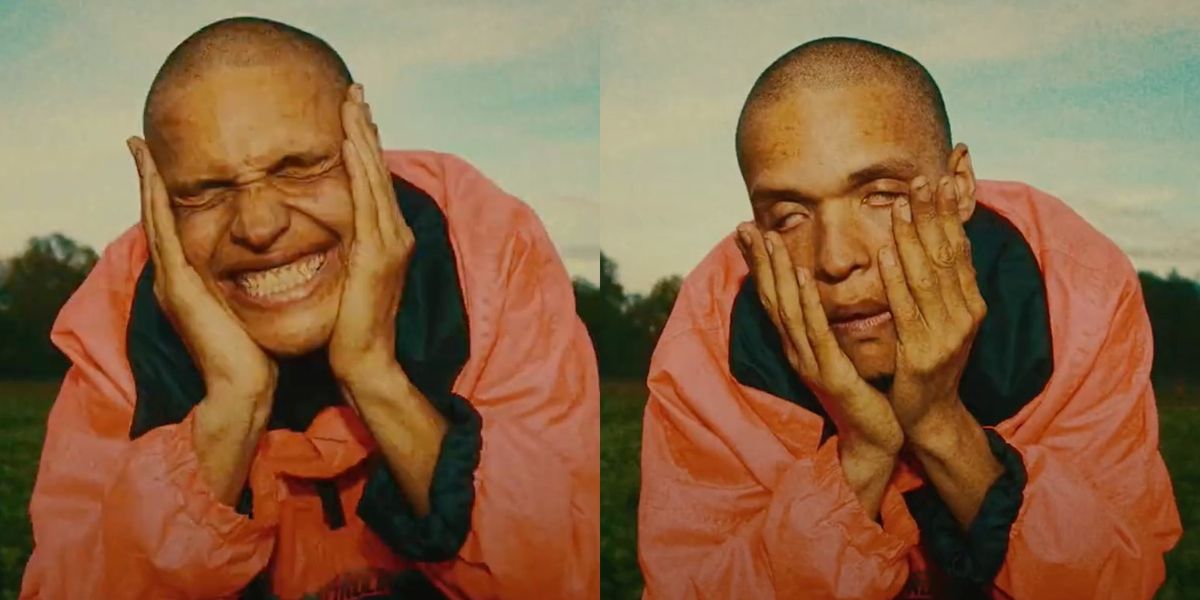 Derek Drummond, the 25-year old rapper, musician and model, is the definition of a self-starter. Also known as "Poster Man" and "Poster Boy" in Manhattan's Lower East Side music and fashion scenes, Drummond may now be an icon of the neighborhood, but it wasn't always this way.

As evident with his moving and poignant track, "No Options" and its surreal visual premiering today with PAPER, Drummond pens a song for the dreamers like him, as its lyrics pay homage to his humble beginnings and fierce, undying dedication to his craft.

Filmed in Monmouth County, New Jersey, the visual opens with Drummond wandering through a field, envisioning architectural blueprints for his future while singing about making his dreams a reality. "I don't have an option/ See I always had to grind," he sings over marimba notes and synths. "I'm just tryin' to go the distance/ Build a crib that I designed."

Poster Man is then seen in a digital "cage" as he sings about people trying to put him in a box, and then behind bars, as he tells a story about self-discovery, strength and learning to rely on himself. He is seen dancing around the field as a hazy effect falls over the camera. His intense, fast rapped verses over smooth keyboard notes make for a contrasting sound that is amplified by a recurring image: the blueprint sketch of a house that isn't yet built.

Drummond holds this idea in his hands before skateboarding through cities of his own imagination, looking straight out of a dystopian sci-fi film, dressed in all black, a la Neo from The Matrix. He is also seen standing on a moving airplane and skating underneath Saturn, while singing and rapping about not chasing fame. Instead, he's looking for a place of consistency, and a way to help his mother financially and those close to him.

"No Options" captures a sentiment that any struggling musician can relate to, especially in 2020 America, when paying artists for their work (especially since we've all been consuming it in lockdown) is more important than ever. For Drummond, he likes to think that the music he makes is "motivating and uplifting," which is clear with "No Options."

"I am a 25-year-old musician originally from New Jersey," Drummond tells PAPER, "I moved to New York when I was 19 with $200 in my pocket and no real plan besides the fact I wanted to make art."

Drummond elaborates on the meaning of the track and visual. "The song is basically about never giving up on your dreams and to always be true to yourself." He continues, "The title, 'No Options' is derived from the fact that some have no other choice but to work their asses off to get where they need to go in life."