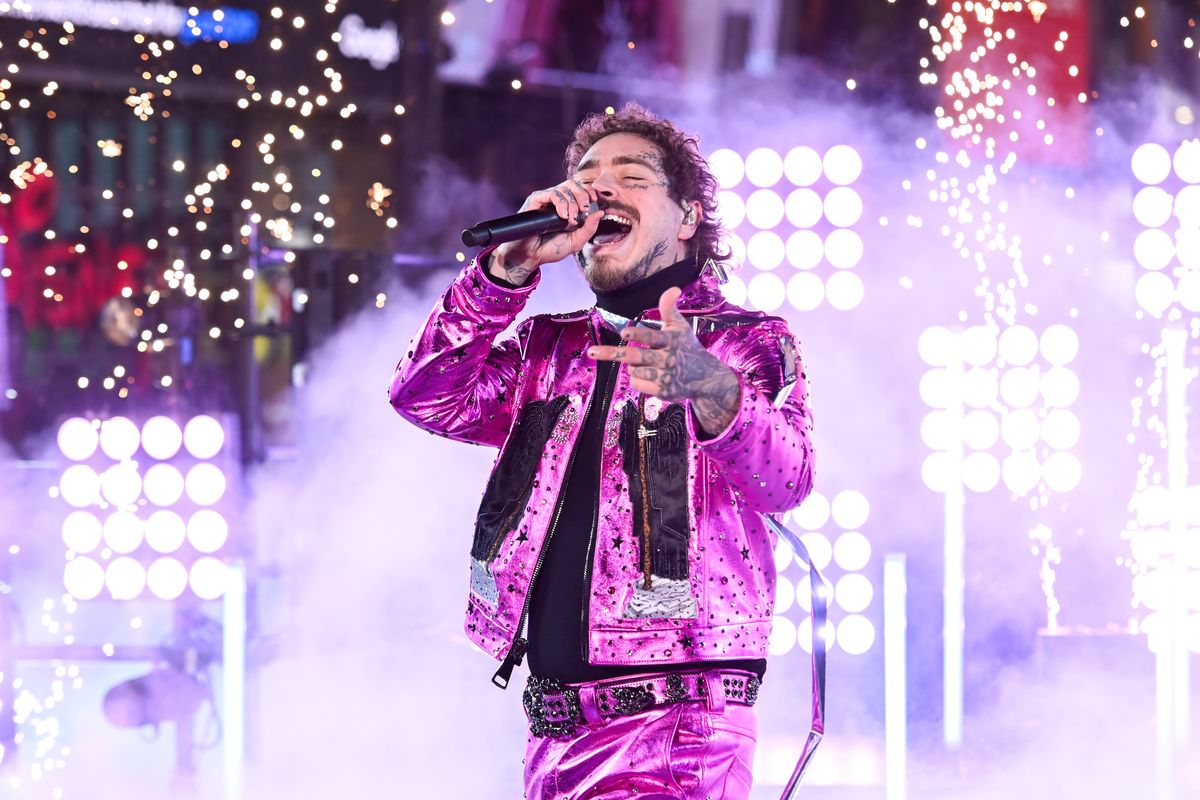 Post Malone Wants You to Know That He's Feeling Great

Post Malone fans have been tweeting out their concern for Posty over the past few weeks. During his performances, he's been crawling on stage, rolling around on the floor, caressing the microphone, and "acting weird" just in general.

Videos have been circulating online, and people have started asking others to share the videos on TIkTok and other social media platforms, asking for help on behalf of the artist as they assumed that he was having trouble with substance abuse.

Guys please, Post Malone has been acting "weird" on stage since a few weeks. I’m not trying to assume anything, but… https://t.co/yolonYcKdJ
— IGO Predicts (@IGO Predicts)1583495394.0

Now, the "Better Now" singer has addressed the public's concern for him, making it clear that he's doing just fine. During a show in Memphis, he made sure to set things straight, and said that he's not doing drugs.

"I'm not on drugs! I feel the best I've ever fucking felt in my life," the 24-year-old said. "And that's why I can bust my ass for these shows and fucking fall on the floor and do all that fun shit. But for anyone that's concerned here, I appreciate the love and the support, but I feel fucking fantastic and I'm not doing drugs."

His father has also responded, tweeting, "I don't want to come across as dismissive to those of you who have expressed concerned about Austin. Your sincerity and kindness regarding him is certainly heartwarming and appreciated."

I don’t want to come across as dismissive to those of you who have expressed concerned about Austin. Your sinceri… https://t.co/rXlYvwSZgV
— Rich Post (@Rich Post)1583513790.0

He's high on nothing but the audience's applause, and his music. Let's just take Posty for his word on that, and appreciate that his performances are... unique.