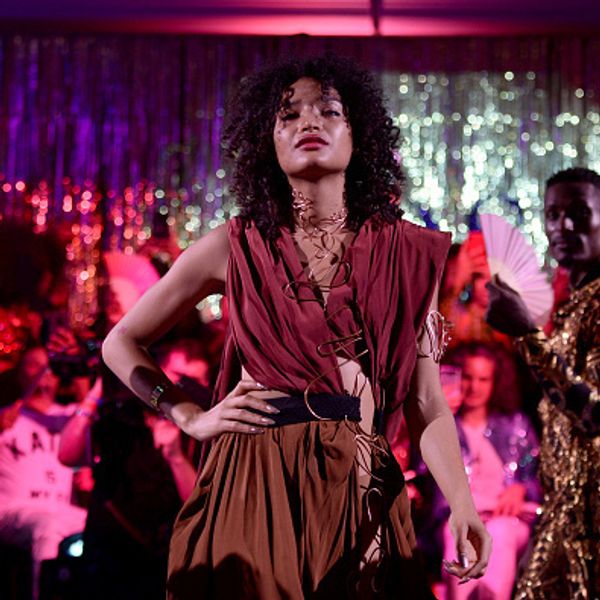 Cis People: You Can Relate to Trans Characters

Ryan Murphy's Pose features the highest number of trans actors of any television cast ever, and centers LGBTQ people behind the scenes as well (check out our interview with co-producer Janet Mock, the first trans woman of color to work in a television writer's room). It's a show where LGBTQ people are the stars, the heroes. Critics have lavishly praised Pose, and there's an enthusiastic audience as well. But then there's that concept of which network executives always seem so very fond: relatability.

Pose star Indya Moore tweeted that she doesn't want to hear about cis people and their issues with relating to the show's LGBTQ characters. "LGBTQ people have always been forced to empathize, relate & conform to the motions, imagination and narratives of cishet [experience]," she wrote. "And we do, seamlessly [because] people may be different but the humanity is not."

Concerns about whether LGBTQ stars would be "relatable" enough have persisted for decades. And though there's been progress in that area — GLAAD's most recent TV report showed that 2017 featured the highest number of LGBTQ characters on television ever — we can always do better. 2017 may have been a record best year, but out of 901 total recurring characters, only 58 identified as LGBTQ, and of those characters, 77% were white.

The relatability conversation is still in play when it comes to white audiences watching characters of color, and it's the same when it comes to male audiences watching female-led casts. Major blockbusters like Black Panther and Wonder Woman have done work in breaking down those barriers (and watch out for the August release of Crazy Rich Asians), but isn't it an absurd thing to think in the first place? Audiences have shown time and time again that they like well-written, exciting projects, even if the characters don't look like them. Cis people can enjoy Pose because it's fantastic television. It's not that complicated.