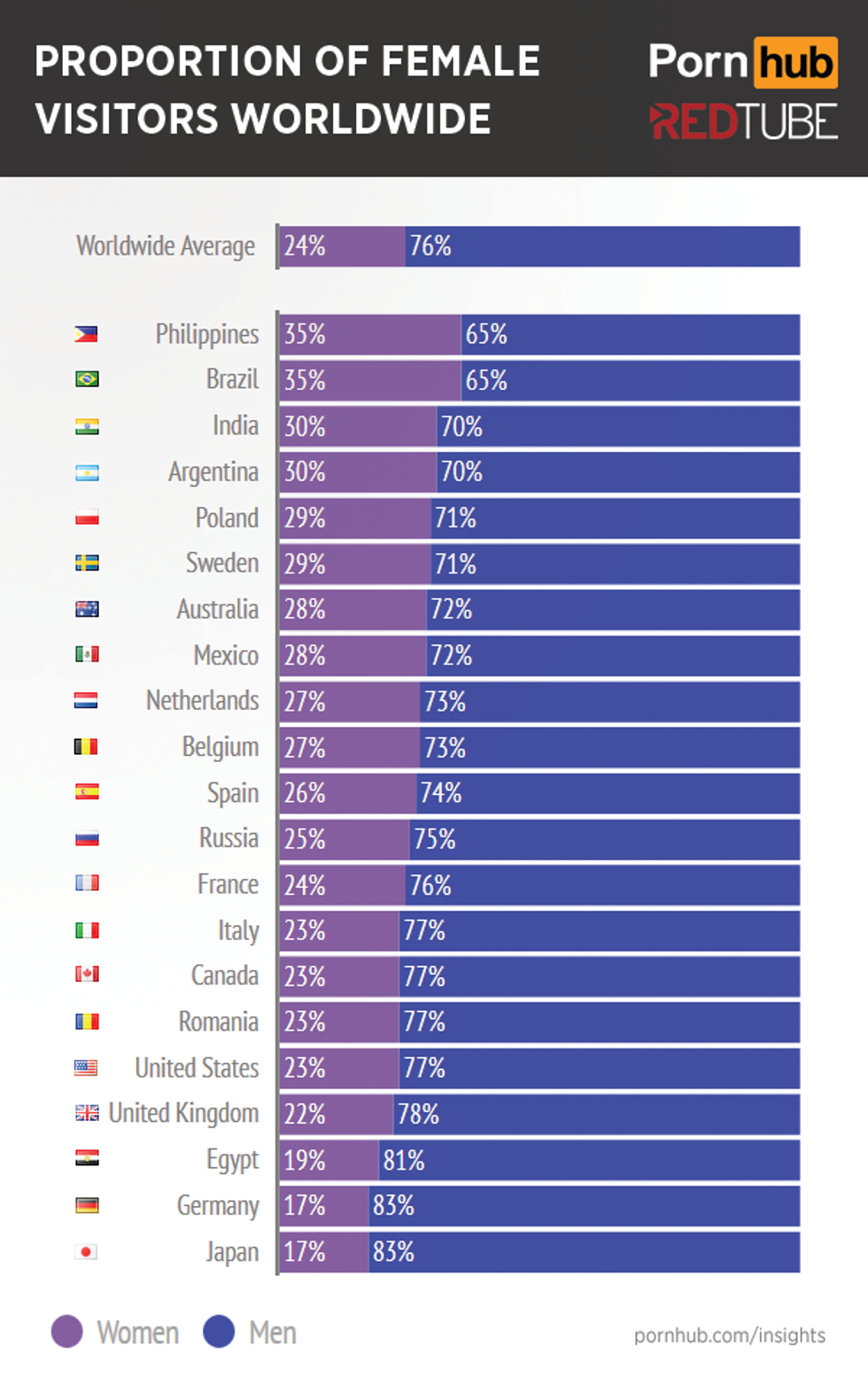 "Lesbian" is the term most frequently searched -- and the category most often viewed -- by women.


The proportion of women visiting the site is actually up across the board, with India seeing the most dramatic increase (26% to 30% over 10 months).

Women spend 48 seconds longer on the site per visit than men -- except in Russia, where they spend 15 seconds less.


Take your time, dudes! It's not a race to the finish -- unless you're hoping to go for a few more rounds.

How to Be a Greedy Bisexual

Crystal Murray Becomes Ice Cream for 'Too Much To Taste'

Megan Fox Opens Up About Her Body Dysmorphia Battle