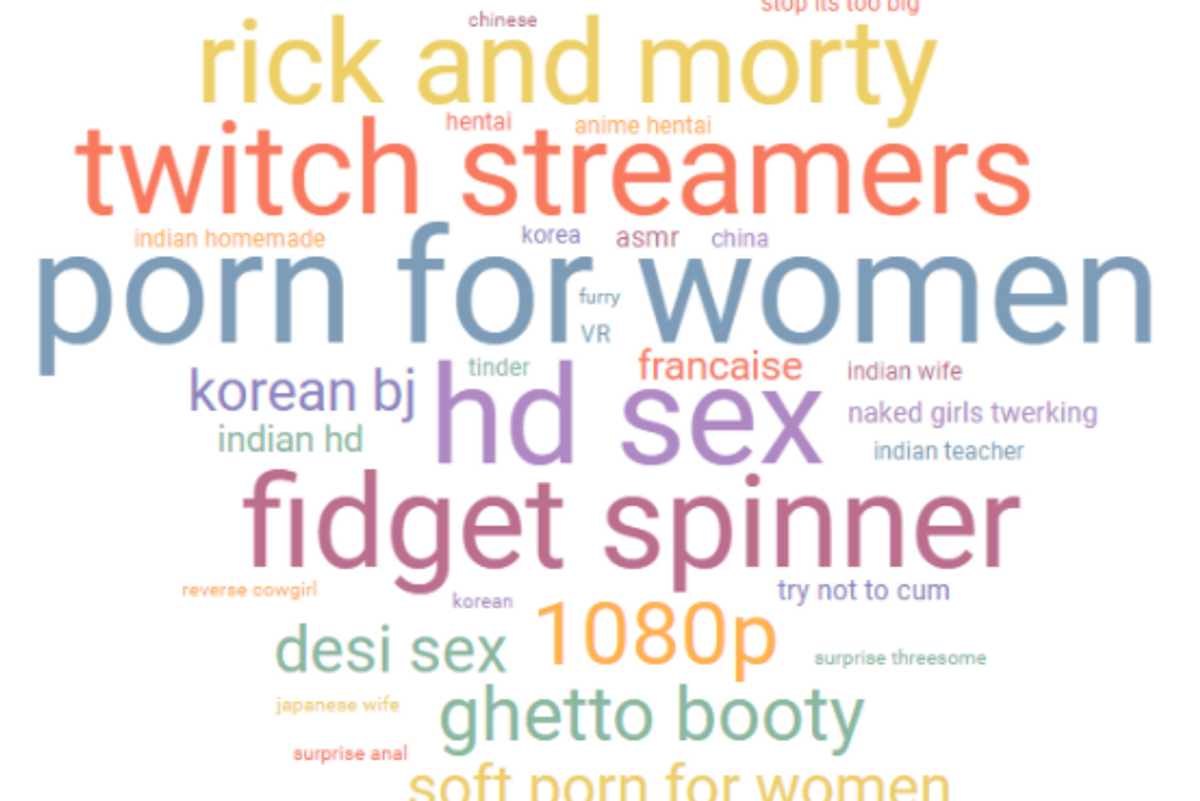 See the rest of Pornhub's insights here, including the country that logs on to the site most (hint: it's exactly who you think it is).