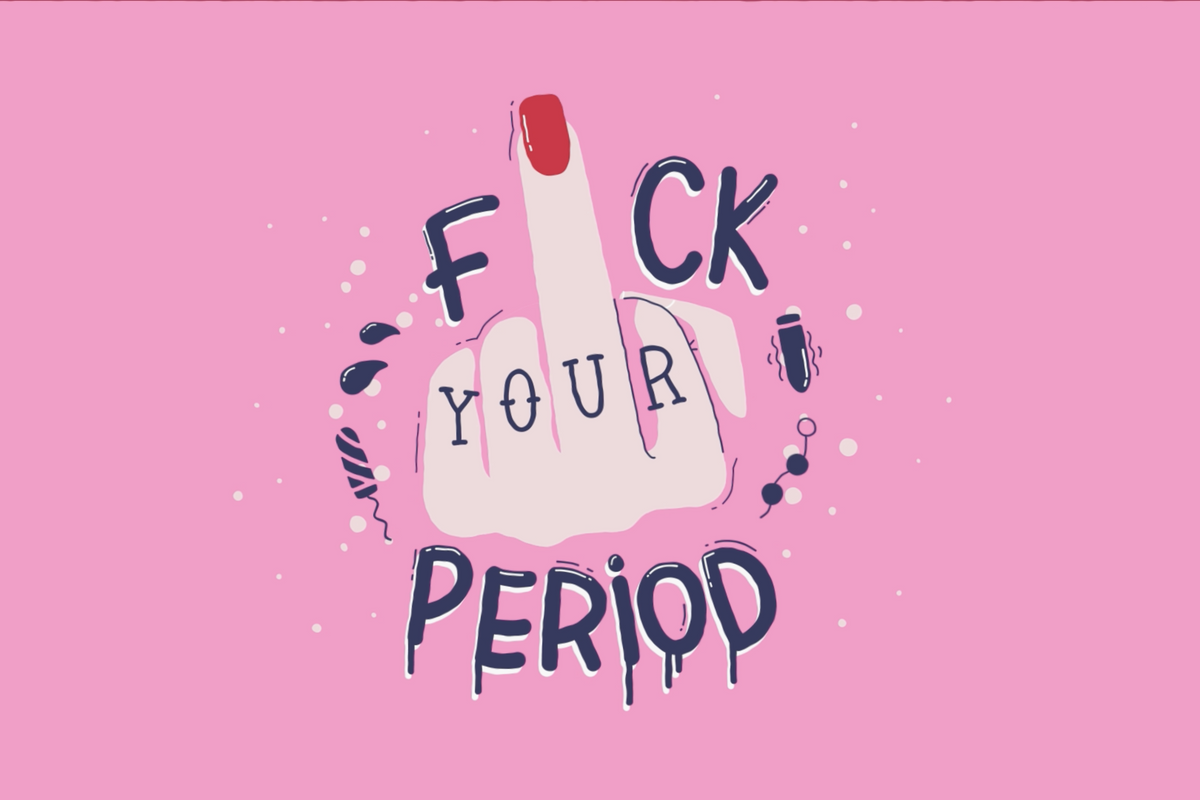 The campaign's landing page has cute graphics and a millennial pink background, a far cry from Pornhub's usual black, orange and extremely graphic aesthetic. It prompts female users to answer a few questions about their cycle (like how long it lasts and when it last started).

"It had come to our attention over the years that there were countless articles out there that supported the studies of menstrual orgasms' benefits," Klein told us, "but many focused only on the act of having sex with another person during one's period (i.e. do it in the shower) which certainly isn't always possible or desirable."

In addition to boosting your mood and relieving stress, orgasms are known to decrease cramps by releasing dopamine and oxytocin (natural pain relievers), and research has shown many women experience a spike in sexual desire during their periods.

Misogyny might direct you away from self-love while menstruating, but all signs point to it being one of the kindest things you can do for yourself. And as Klein said, "It's no longer a taboo topic and it's nice to see that females are getting to partake in the fun just as much as their male counterparts — as they should be."