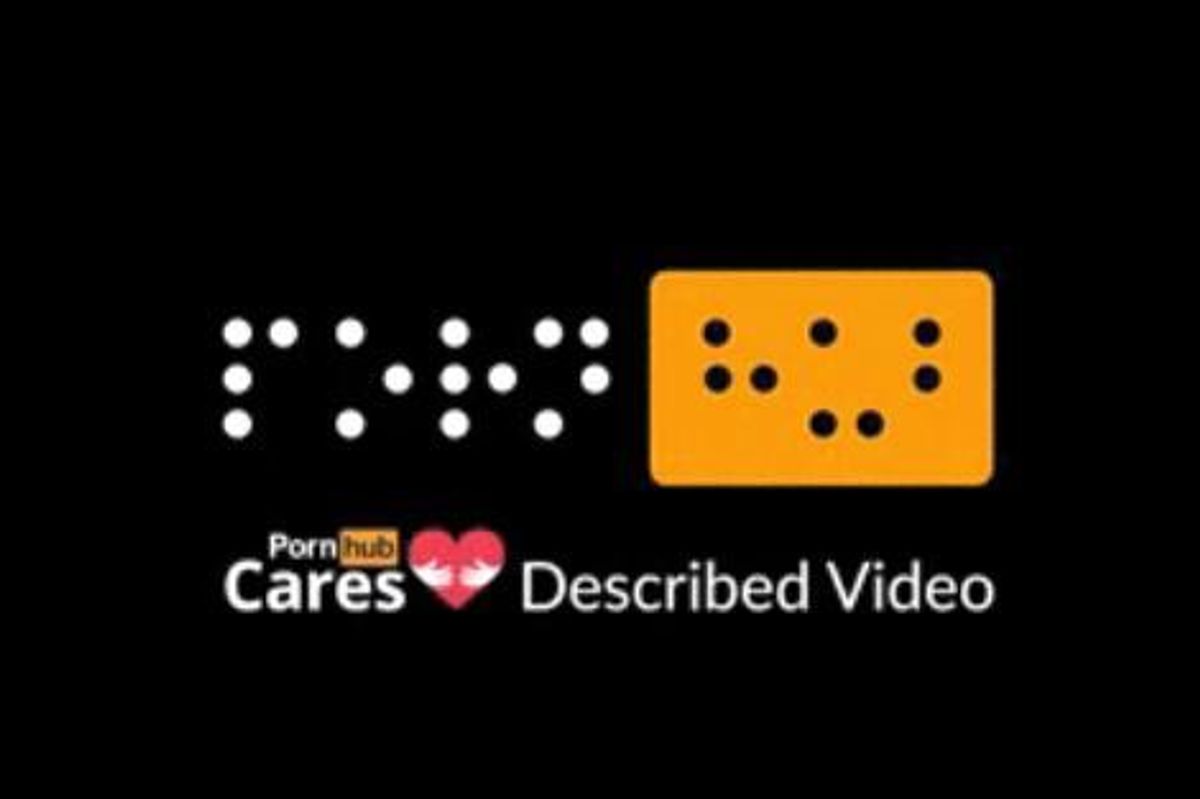 Under the category "Described Video," viewers can enjoy a sensually-voiced narrator, vividly describing the fuckdown happening on the screen before them.

When we say "vividly," we mean METICULOUS.

"Cut to a side-shot of a cab; a girl gets in. Nice hair, good makeup, and squeezing a full figure into a tight blue dress."

The voiceovers provide visually impaired listeners with enhanced descriptions of things like what the models look like, what they are wearing, how they are moving and when they switch positions in each scene that they normally wouldn't necessarily gather from listening to the original audio alone.

Your average video doesn't provide such descriptors in dialogue. It might include conversation and dialogue among actors, but not in depth descriptions, setting the scene verbally.

See a smattering of clips within the new category below.