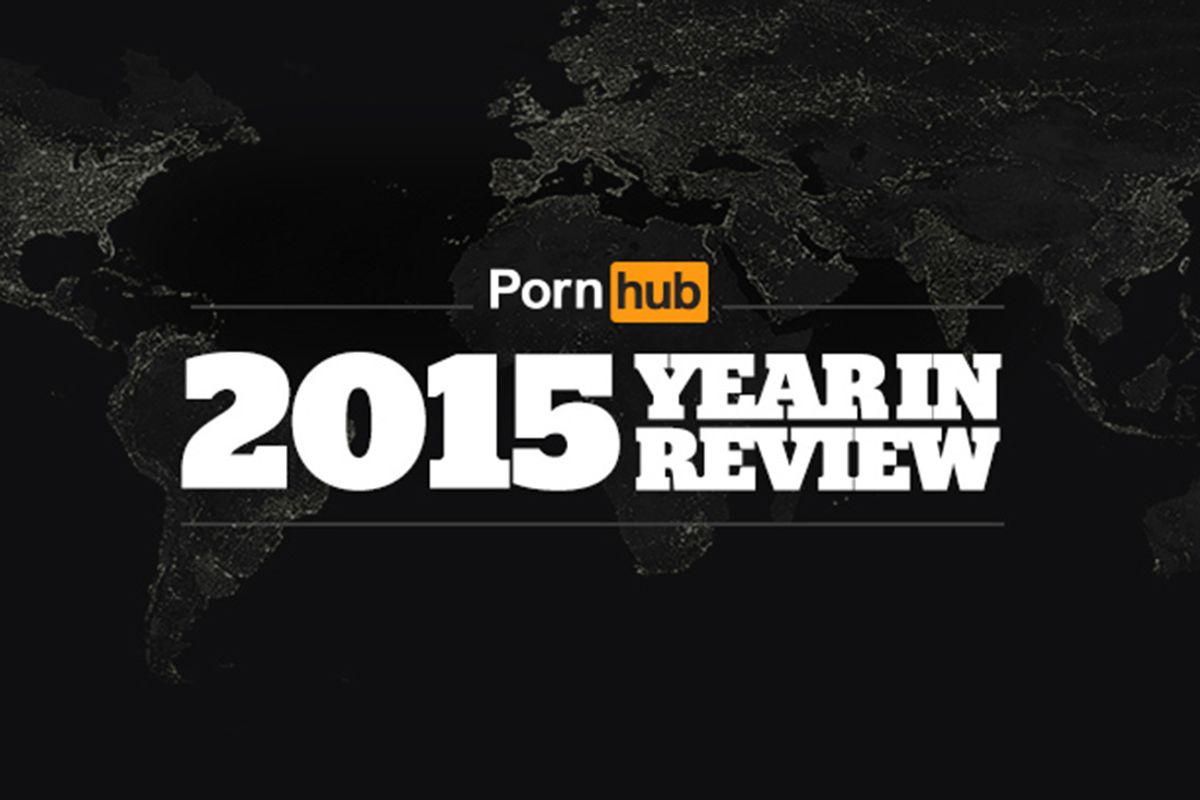 For the second year in a row, the United States took the number 1 spot in the list of Pornhub's top 20 countries by proportion of worldwide traffic (we bring a whopping 41% of traffic to the site), followed by the UK and India. But that doesn't seem to correlate with, uh, stamina..

One of the most interesting breakdowns was the most commonly searched terms used on the site. Words like "Teen," "Mom" and "Step Mom" were big hits in 2015, along with other marital relations like "Step Sister" and "Step Mom and Son." How very Cruel Intentions of everyone.

If you want to get a full breakdown of the statistics, you can head over to Pornhub's insights page. You might just learn something (or at the very least, get inspired by the search terms for some late night "browsing").