What's the biggest misconception about your job?

Who comes up with campaigns? How long does it take from idea incubation to execution?

There are many people and teams involved in launching a successful campaign. Our marketing team meets weekly to discuss and brainstorm ideas. Once they formulate and map out something solid, our design team gets involved in creating mock-ups for the projects -- be it for landing pages, social media or a print ad. Then, our front end and back end developers get to work on making sure that we have all of the necessary components in place on the website in time for the launch. Once we're ready to go, our marketing and social media teams work together in getting the word out.

We don't actually produce any of our own content, we are a video hosting platform that works much in the same way that YouTube does. That being said, our "Funny" category is definitely a popular one among our users. 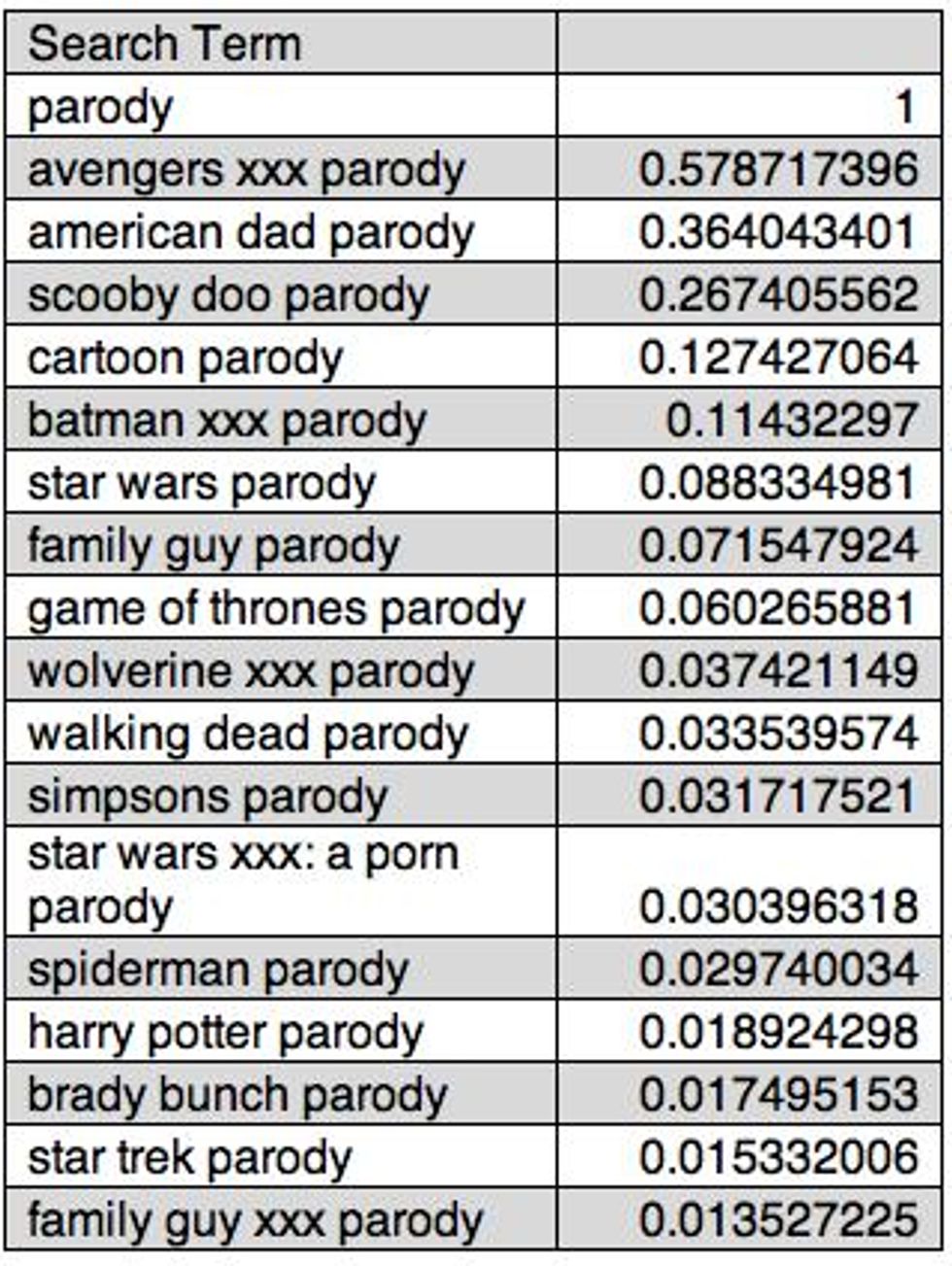 Normalized values for the top parody searches on Pornhub.com.

The crowdfunding campaign was intended to gauge interest, primarily. It seems like the world isn't ready for sex in space yet, but we very well may revisit this in the years to come. As technology continues to evolve, so too will our resourcefulness to continue to push the boundaries of sexual exploration. I penned a letter on the campaign's landing page thanking fans for their support and contributions.

For sure. The way we see it is that we have built a streaming platform that gets millions of visits every day. In the same way that musicians launch music videos on YouTube to promote their brand, [we do with] our content partners with their videos. Free streaming services like ours offer a valuable tool to anyone trying to make it in this industry.

Belle Delphine Was Pornhub's Most Searched For Celebrity in 2019