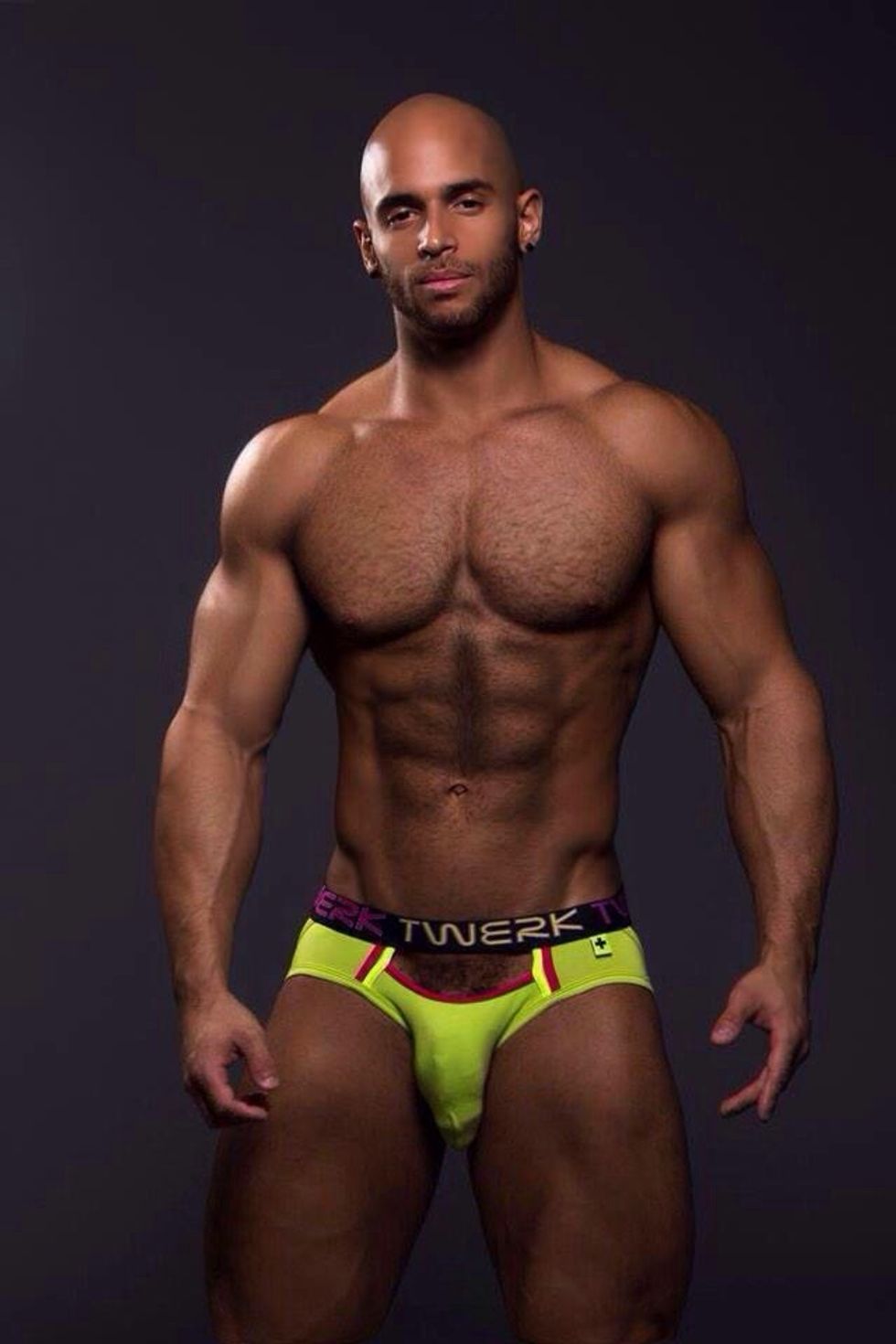 I decided to get into porn more or less on an adventurous whim. I had just finished up the last final of my philosophy degree when my friend, Brandon Wilde, whom many readers will know, called to tell me he had sent my contact info and some of my photos over to Randy Blue. I was skeptical at first, but sure enough Randy Blue reached out to me. A few weeks later I was on my way to shoot a solo in Los Angeles. Two and a half years later I signed a contract with Falcon Studios Group. This summer I will have been in the industry for four years now.

Who have been the sexiest costars you've worked with?

I believe racism in the porn industry is reflective of racism in society. The industry is notably more challenging for black and Asian male models. Furthermore, distinguishing between racism and preference is difficult, and many producers find themselves wrestling with diversity vis-Ã -vis profits. It's difficult to politicize sexuality, e.g. sexual desires and preferences, but I believe producers can do more to remedy racism by not being so afraid to challenge the status quo. We need to see more of that. I believe a lot of our sexual preferences have to do with social conditioning, and carrying on the status quo only perpetuates racism.