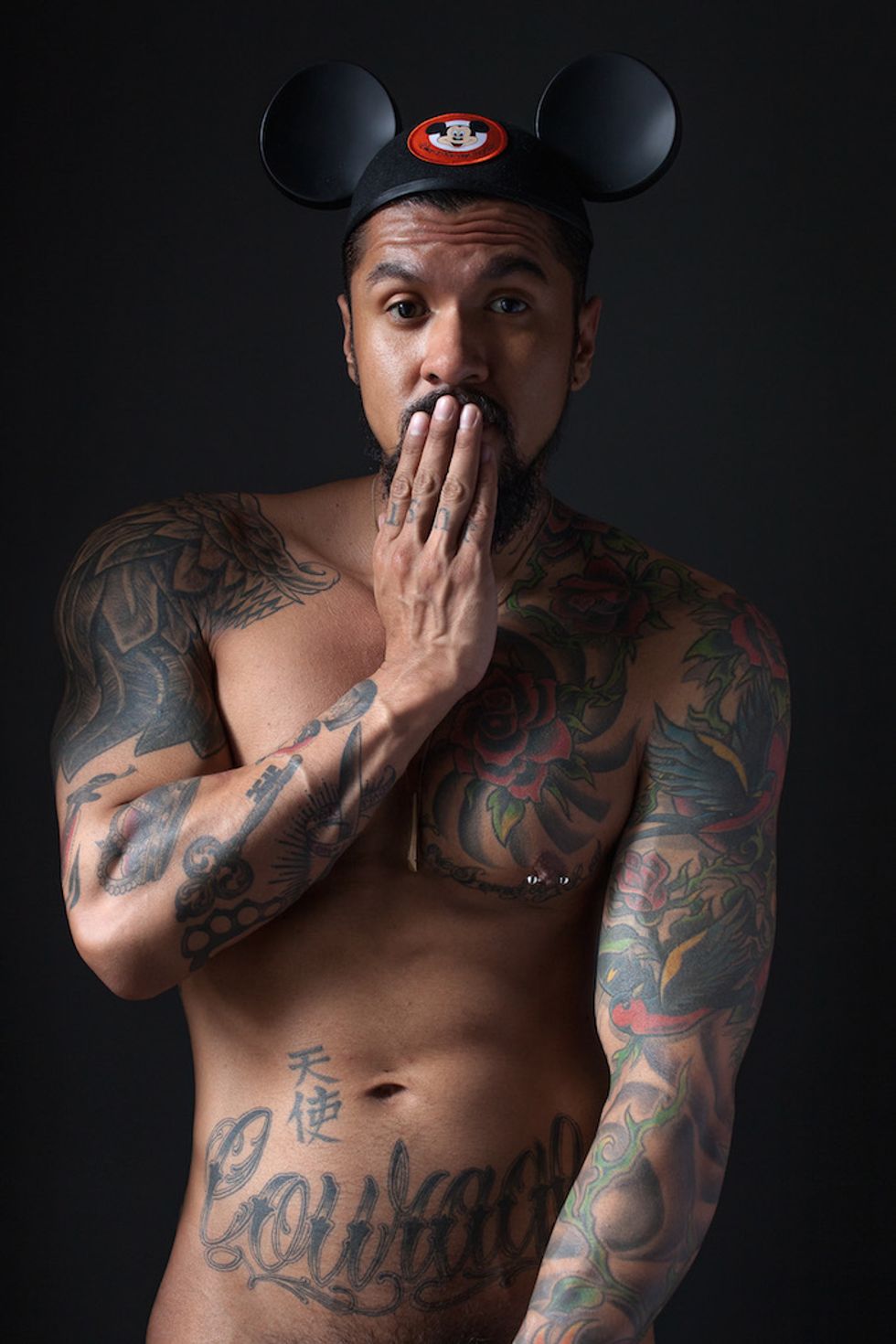 by Mickey Boardman
PAPERMAG
Photo by Edwin Pabon
At a recent awards dinner I was seated next to designer Catherine Malandrino. The French-born, NY-based fashion fixture was telling me how she had heard some amazing news about a former favorite employee. "He just won an award, " she gushed in her lilting French accent. "for the biggest cock in the world!" My eyes lit up. "Oh, Boomer Banks!" I knew that Boomer, after working for the the designer, had dipped his toe (and his other more sizable appendage) into the world of adult film. I told Malandrino that I thought Boomer had actually won Hottest Cock and not World's Biggest, but she was adamant. "They must be experts in these things if they give awards. He has the world's biggest cock."

You're nominated for Best Bottom at the Hookies this year?

Oh, I thought it was strange since you've won for best top but I know that you have bottomed in a movie...

I never understood Twitter but once you become a brand, then you understand it. I enjoy engaging with my fans. They are some funny-ass fans. I call 'em "bacon bits." I don't engage in Twitter wars or any drama. If that happens, my solution is to have my superfans give them 'love,' whatever that means to them!

Do you ever meet any of your Twitter fans in real life?

Tell me about your career in fashion.

My mother was a seamstress and I was an only child. She was my best friend and a single mother. She'd come home from work and she had an industrial sewing machine and she'd take things she bought at the thrift store and make them all fabulous for herself. She'd make little church outfits. She passed away when I was 14. When I finally decided to become an adult I went to school at  LA Trade Technical College and I met John Sakalis who was on Season 6 of Project Runway. He did a couple shows at LA Fashion Week and I became his assistant. My whole career in fashion was school, working for John Sakalis, and later working for Catherine Malandrino in LA. The manager said "where do you see yourself a year from now?" I said "New York City."

It just keeps me relevant. I'm not a sample maker so making gowns for the queens is easy. I still feel like I have a lot to learn. I've made gowns for Maddelynn Hatter, Sister Roma, Chi Chi LaRue, Grace Towers, Circuit Mom and Miss Fame. I also met Michael Costello when I was going to school. I had a part-time job at the fabric store Michael Levine and he came in there. He got on Project Runway. I worked for him and this past fashion week I worked with him on the show.

What about your own clothes?

It's always been a humbling thing for me. I've always felt that men who are well endowed are very vocal about it. That's kind of their thing. You know if a guy is well endowed by how he is.
When I decided to do this people were like, "I didn't know!" Well, why would you know?
But at the same time, I was a go-go dancer and constant pictures of me in underwear were online and so I was approached by the Falcon Group. The next day the director called me and said "I want you in my movie." The only reason that I decided to do it was because Francois Sagat had been in the fashion industry before he did porn and he was still able to do his own thing. I said "as long as you can do what you did for [Francois] for me, believe me you'll get what you want."

What are your favorite scenes you've done and why?

It's a tie between scenes with Rocco Steele and Seven Dixon. Both are dear friends in real life. The love and sexual tension came head-on and created sex magic.