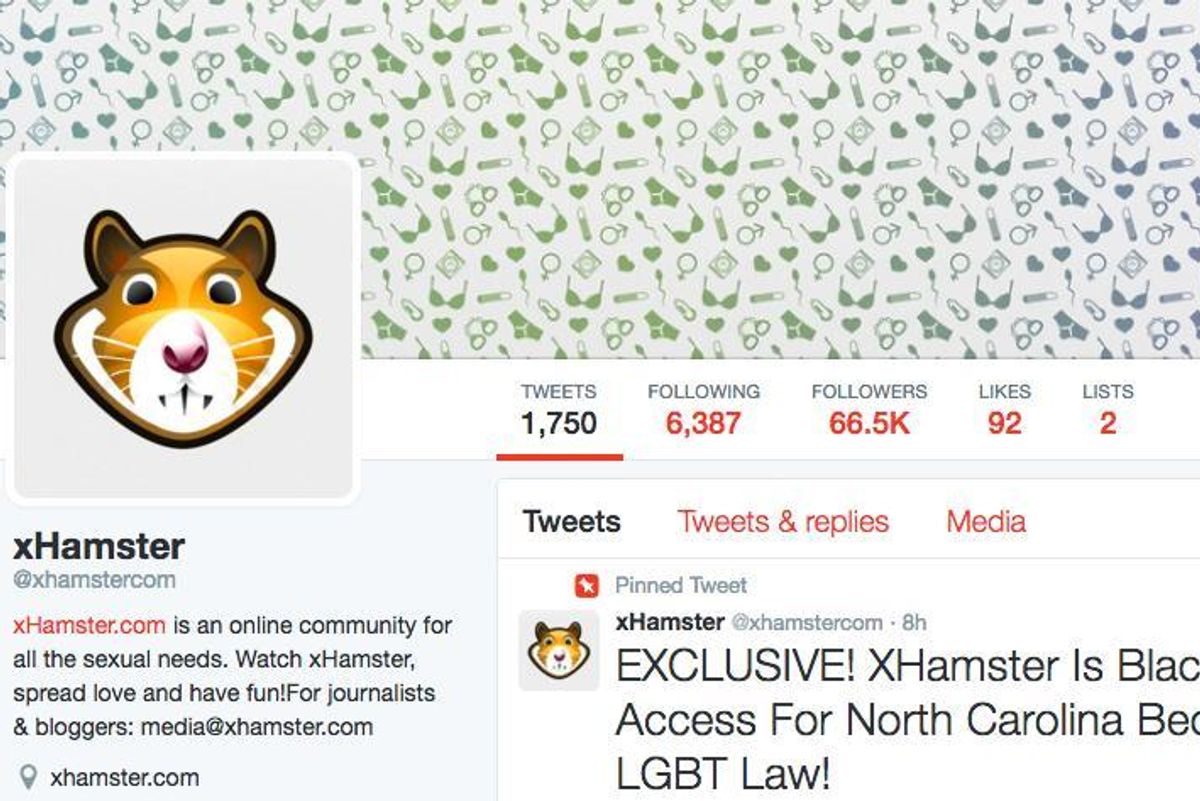 "As of today, access to XHamster.com is blacked out in the state of North Carolina until further notice," the site explaiend in a statement. "Judging by the stats of what you North Carolinians watch, we feel this punishment is a severe one. We will not standby and pump revenue into a system that promotes this type of garbage. We respect all sexualities and embrace them."