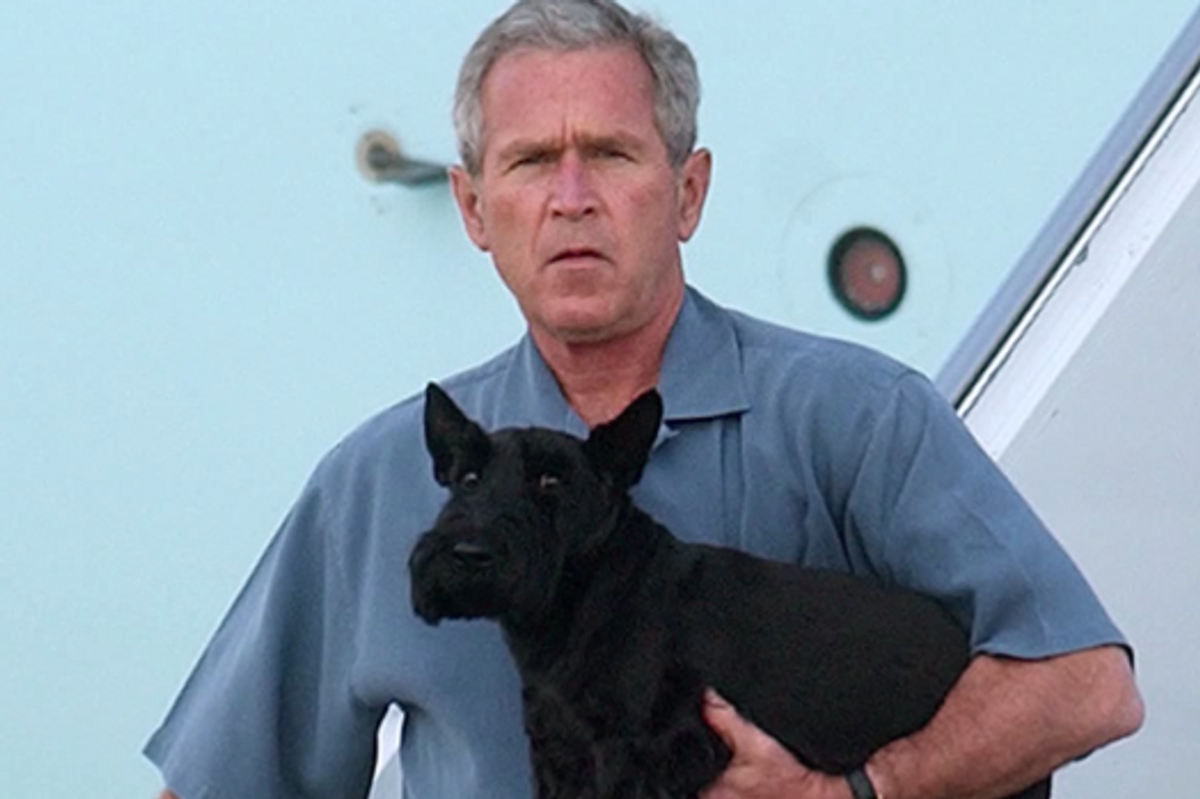 The 43rd president and now (very popular!!!!!!!!!!) portraitist appeared on the Today show this morning to talk his new book and go in on his successor – overcooked spam Don Trump – explicitly telling hosts that he does not fuck with Trump's media and Muslim ban.

"It's very important for all of us to recognize one of our great strengths is for people to be able to worship the way they want to, or not worship at all. The bedrock of our freedom—a bedrock of our freedom—is the right to worship freely," he said of Trump's controversial order. When asked directly if he supports the ban, Bush said he's for an immigration policy "that's welcoming and upholds the law."

Bush, who famously despised the media, also defended the media's role in democracy in the face of Trump's recent ejection of major outlets.

"I consider the media to be indispensable to democracy. We needed the media to hold people like me to account," Bush said. "Power can be very addictive and it can be corrosive, and it's important for the media to call to account people who abuse their power."

Who knew Trump would be the one to make Bush great [for the first time]? Fast times.