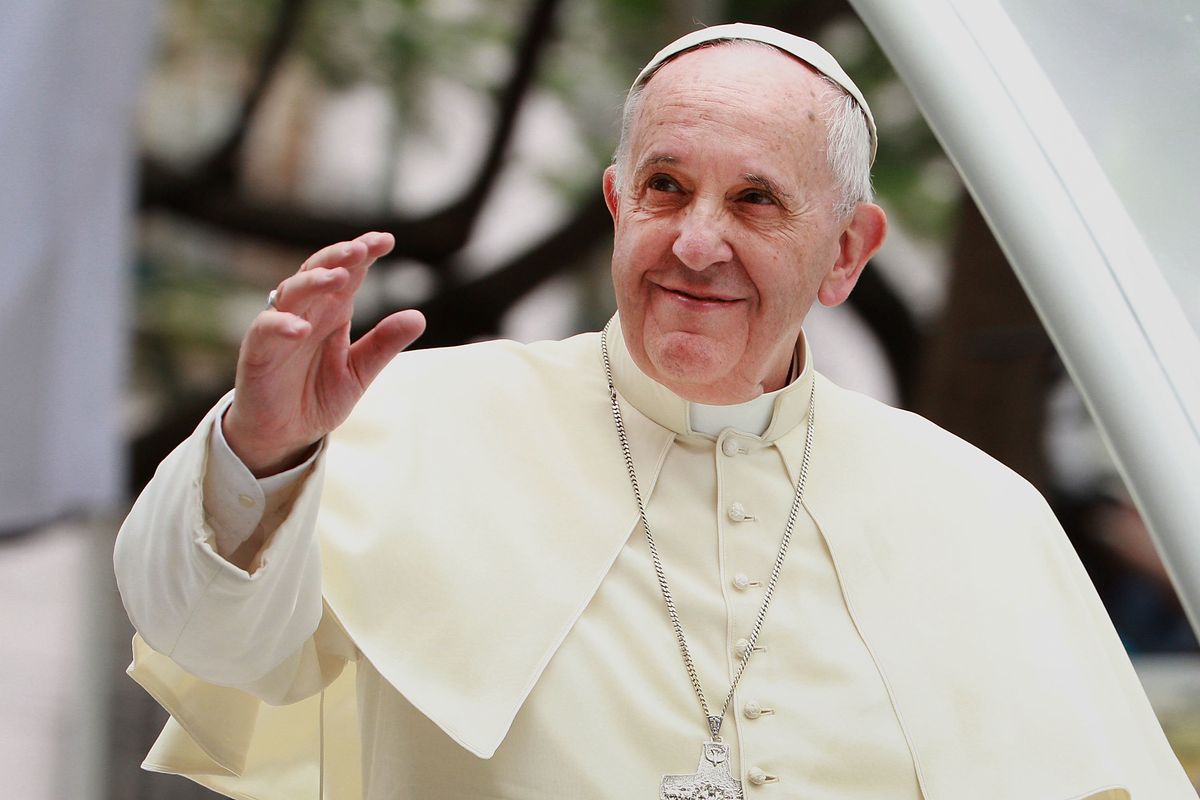 On Wednesday, the Catholic News Agency reported that the Pope made his support known via comments made in a new documentary film called Francesco.

"Homosexual people have a right to be in a family. They're children of God and have a right to a family. Nobody should be thrown out or be made miserable over it," he said. "What we have to create is a civil union law. That way they are legally covered."

According to Reuters, the pontiff's latest comments seem reference what he previously said when he was the Archbishop of Buenos Aires. During this time, he opposed legislation to approve same-sex marriages, though he simultaneously expressed support for "some kind of legal protection for the rights of gay couples."

That said, this is the first time any pope has clearly stated that same-sex couples should be "legally covered" under the law — a statement that runs counter to past rhetoric disseminated by the Vatican's doctrinal office and long-standing opinions within the Catholic community.