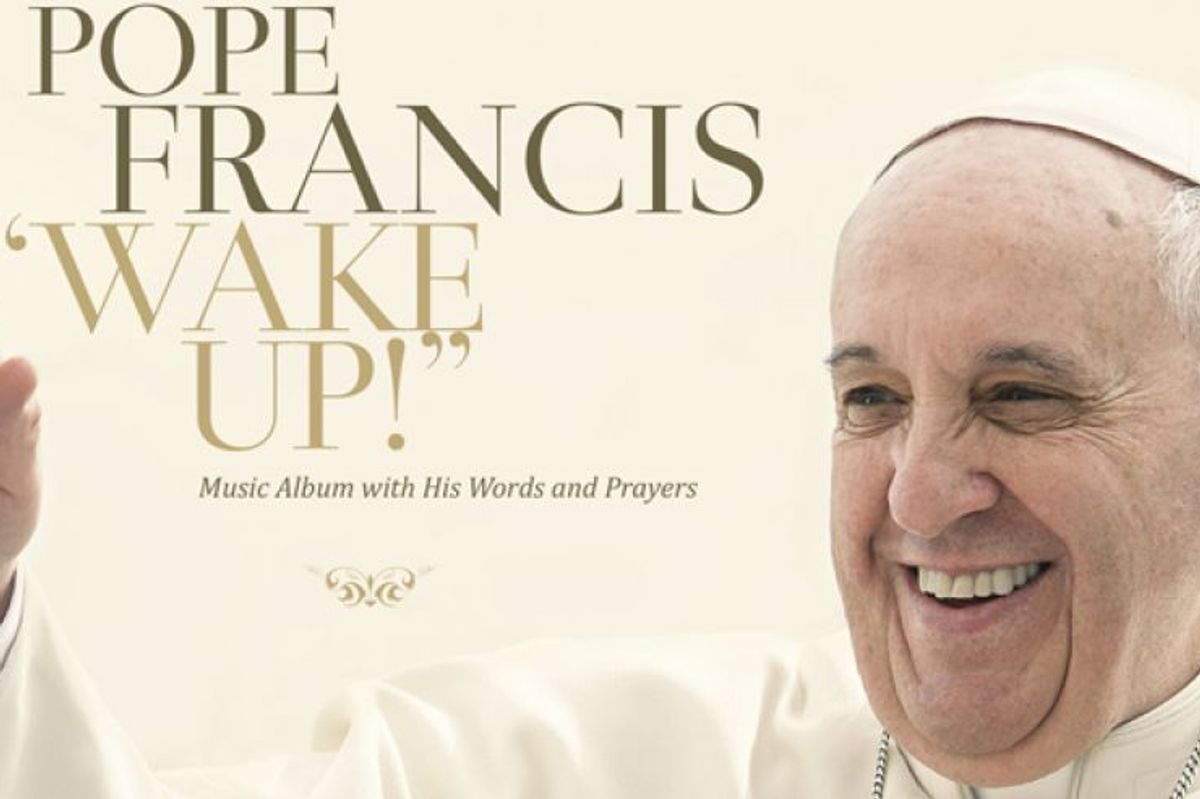 Pope Francis has definitely taken the Vatican into the 21st century, with his various progressive social stances, and now, progressive rock and roll...with the release of his first music album Wake Up!

The Argentine-born head of the Catholic church spouts various hymns and sermons (in English, Portugeuse, Spanish, and Italian) over a surge of sound, produced by Italian musicians, like Don Giulio Neroni, Giorgio Kriegsch, Mite Balduzzi, and Tony Pagliuca.--a former member of the prog-rock group, Le Orne.

On first listen, it's is fairly ludicrous, especially in the album's main single "Wake Up! Go! Go! Forward!", when Fran literally yells "Wake up!" (in a somewhat unsettling voice).

But in terms of concept, it's pretty dope that the Pope is spitting fire over some heavy guitar riffs.

The reviews, of course, are a mixed bag; the Wall Street Journal put together a smattering of highlights:


"It simply exists as a kind of aural placeholder, not unlike the person who shuffles out of bed for Sunday Mass but dozes through the sermon"-Consequence of Sound

Some are fairly positive, though!


"But, if this album is the indication, beauty isn't exactly holiness's sound; but there is something beautiful about this album; it exists."-Pitchfork

While it's not going to alter music history, we're sure as hell blasting Pope Franny in our office right now.

Rock out with Papal Tiara out!