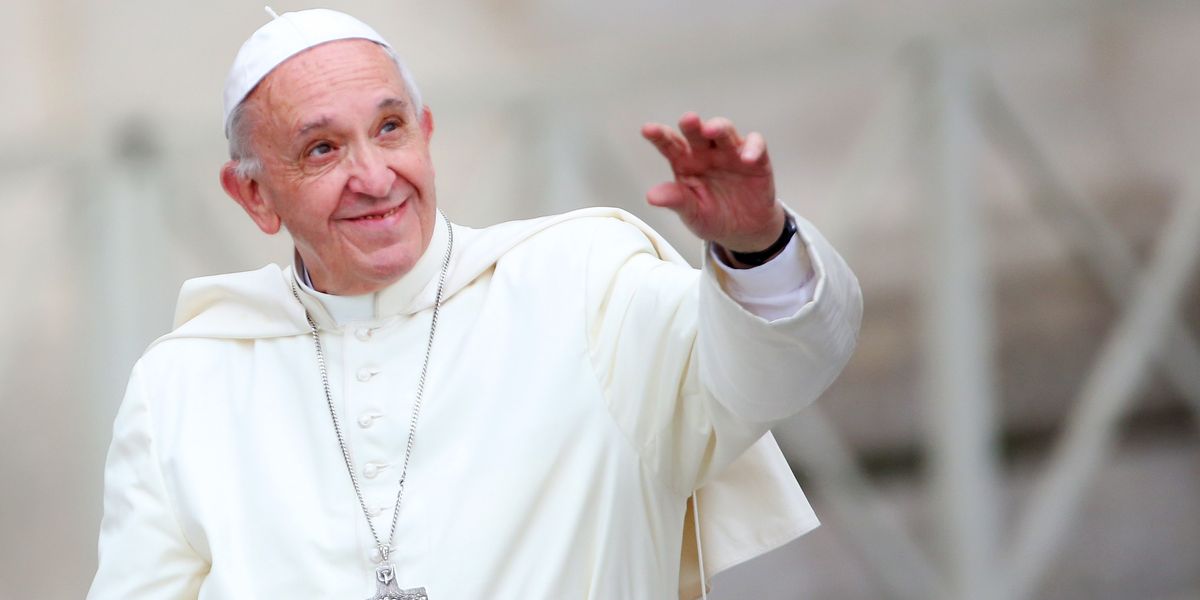 As mental illness rates soar and social media opens up channels for talking about mental health, being open about seeing a therapist is becoming increasingly common. It turns out that even the Pope has seen a therapist, because sometimes you need a professional when God just isn't listening.

In conversations Francis had with French sociologist Dominique Wolton for an upcoming book, the Pope, now 80, revealed that when he was 42 he saw a psychoanalyst weekly for six months to "clarify some things." He added that the therapist was both Jewish and female, which seems appropriate for the relatively woke pontiff.

"She was a good person," Francis said. "For six months she helped me a lot."

In his conversations for the book, the Pope spoke highly of the women in his life. "Those whom I've known helped me a lot when I needed to consult with them," he's quoted as saying by the Italian daily paper La Stampa. He also spoke of his current state of mind, explaining, "I feel free. Sure, I'm in a cage here at the Vatican, but not spiritually. Nothing makes me afraid."

His top bugaboos at the moment include people with closed minds and inflexible point-of-views, especially, ""rigid priests, who are afraid to communicate. It's a form of fundamentalism," he said. "Whenever I run into a rigid person, especially if young, I tell myself that he's sick. In reality, they are persons looking for security."

The Catholic Church hasn't always been friendly toward psychoanalysis and other forms of mental health care that don't actively involve prayer; however, even the Church can't escape the changing tides of time, and updated Vatican guidelines for seminaries now say that psychologists can be valuable in assessing the psychological health of candidates for the priesthood.

Francis' positive revelation about therapy is also a big step forward toward encouraging more people to seek out the care they need, as over a billion people around the world currently claim to follow the teachings of the Church.

And Lord knows, talking about feelings isn't easy for everyone.