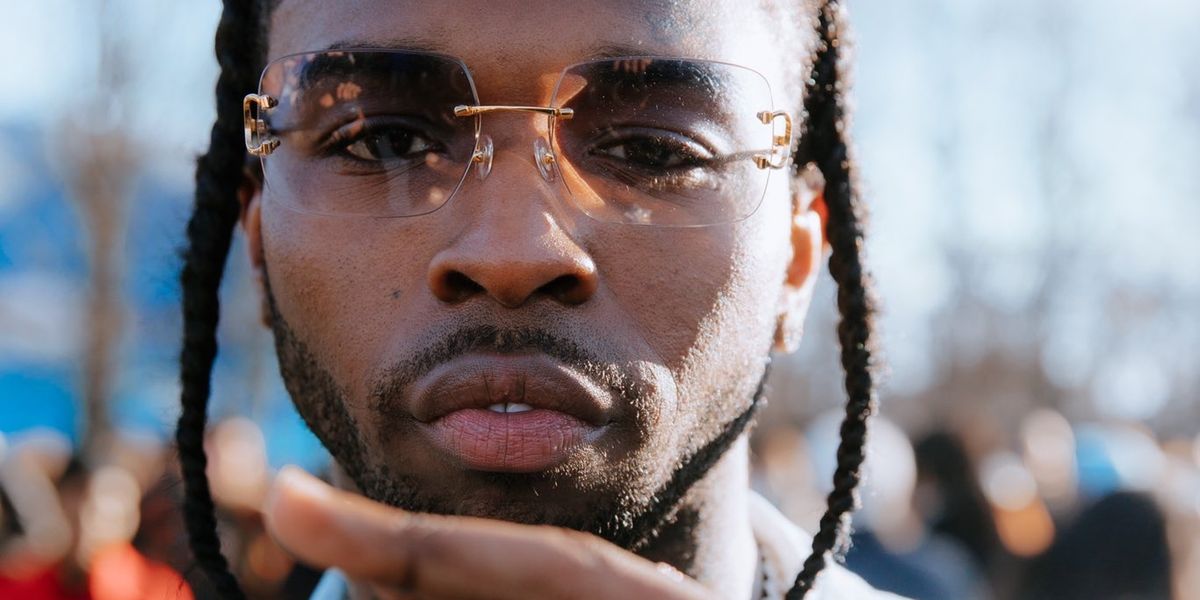 2020 has taken far too much Black talent, and one of the most unexpected losses was Pop Smoke back in February. The 20-year-old Brooklyn rapper was shot and killed during a Los Angeles home invasion which remains unsolved. Tragically, his death came just as he was on the brink of becoming an unstoppable musical phenomenon.

Just two years ago, Smoke (born Bashar Barakah Jackson) had never officially stepped foot in a studio. But his naiveté didn't last long, thanks to the April 2019 release of breakout single "Welcome to the Party." And what an introduction it was: in a sea of melodic, emo-riddled singsong rappers, Smoke bust through the doors and covered the industry in a spooky haze. He quickly rose as the leader of Brooklyn drill, a then-rising movement that borrowed the grimy sounds originated in Chicago before shooting overseas to the UK. Along with fellow ambassadors Sheff G, Fivio Foreign, 22Gz and Curly Savv, Smoke shifted the sound of New York-based rap with a singular growl that was part 50 Cent, part Bane.

After signing to Victor Victor Worldwide and Republic Records, Smoke's ascension couldn't be restrained. He caught the attention of Nicki Minaj and Skepta, who hopped on the "Welcome to the Party" remixes. The rapper soon followed up with equally head-rushing hits like "Dior," "Christopher Walking" and Travis Scott team-up, "Gatti." The streets of Canarsie soon found a home on the charts in early 2020, as Meet the Woo 2 (Smoke's sequel to his 2019 mixtape) debuted at No. 7 on the Billboard 200, just 12 days before his passing.

While Smoke is no longer with us, his voice will not be silenced. The rapper's posthumous debut album Shoot for the Stars Aim for the Moon arrives today. Previously set for a June 12 release, it was pushed back out of respect for the ongoing Black Lives Matter movement. "Music is the tool of revolution. We have been watching, along with the rest of the world, as long overdue change starts to take root," Steven Victor, Universal Music Group senior A&R executive and Victor Victor Worldwide CEO, explained. "We have seen Pop's music become the soundtrack of the moment, unifying the masses."

The previous mixtapes cemented the foundation of what is arguably Smoke's strongest body of work, a goal one could only hope he visualized prior to his death. People became fans because of his ominous tone and street status, but Shoot for the Stars reveals a new sonic versatility.

The album has a split personality, with a near-even number of songs that cater to men who want to pop bottles as well as a growing female audience that Smoke was always eager to capture. It also hosts an impressive who's who in hip-hop guest list: DaBaby, Lil Baby, Swae Lee, 50 Cent, Roddy Ricch, Tyga and more. One name notably missing is Fivio Foreign, who could've lent more Brooklyn authenticity to the album. The production is mainly led by British drill master 808Melo, who lends a sinister edge alongside fellow featured producers like CashmoneyAP, WondaGurl and DJ Mustard, among others.

Standout track "44 BullDog" wholeheartedly embodies its title as the rapper unleashes his most turbulent fury ("Boy, you hatin' ass n----s better sit back / Or you gon' be the next one to get they shit snatched"), while lead single "Make It Rain," alongside fellow Brooklynite Rowdy Rebel, could easily become the next hood anthem with its Grim Reaper-esque production and staccato flow. Smoke's conscience also catches up with him on the album, as seen with posse cut "Snitching." Featuring Future and "Shake The Room" collaborator Quavo, the trio steps away from those they cannot trust ("They workin', they clockin', they watchin' / No stoppin, no options, we ballin', we poppin,'" Quavo spits). That mindset grows even darker with penultimate track, "Got It On Me." Interpolating 50 Cent's 2003 single "Many Men (Wish Death)," Smoke eerily captures Cent's essence as he pleads for mercy and taunts his enemies in the same breath.

Shoot for the Stars also has an adorably sensitive side. "Something Special" samples Tamia's 1998 classic "So Into You" (later used in Fabolous' 2003 hit of the same name). Smoke's croons (Yeah, I need that real love / I'm talkin' Bobby and Whitney)will drift you back to beloved NYC summers dominated by G-Unit and Dipset. "What You Know Bout Love" gives Ginuwine's 2001 "Differences" smash an added dose of nostalgia as Smoke puts on his best affectionate R&B persona. Smoke even throws in some Latin flair: "Enjoy Yourself" featuring Colombian reggaeton star Karol G is a nod to his Panamanian heritage. But the album's most foreboding moment arrives on the closer, "Tunnel Vision." When asked what he wants to be remembered 100 years from now, the rapper states: "Pop Smoke came in and changed the game. Pop Smoke showed n----s a new vibe."

50 Cent, who also served as the album's co-executive producer, witnessed the Pop Smoke effect firsthand. "What you see when you talk to me is what happens when you get rich," he recently told the New York Times. "What happened to Pop is what happens when you die trying." It's an eerie reference to the rap pioneer's lauded 2003 debut album Get Rich or Die Tryin', insinuating that Smoke's rapid-fire success played a role in his untimely death. Fallen rappers, especially young ones, are often transformed into martyrs of the genre. Their tragedy is not always digested as somber; fans choose to revel in their glory instead. Smoke's funeral procession in March became more of a celebration as supporters, fellow industry colleagues and family took over the streets of Canarsie. It triggered memories of The Notorious B.I.G.'s own jubilant procession following his death in 1997. As culture critic Ivie Ani pointed out in The Fader's obituary, the two rappers share similar parallels: Brooklyn natives of Caribbean descent whose lives were cut short in Los Angeles before age 25, and who also didn't get to see their sophomore projects shift the rap game.

But there is one factor that separates Smoke from his predecessor: 2020. This is quickly turning into the year of rebellion, as thousands worldwide protest against police brutality following the deaths of George Floyd, Ahmaud Arbery and Breonna Taylor. Smoke, whose music is already defiant by nature, has now become a posthumous soundtrack to the revolution. In an essay for Pitchfork, writer Alphonse Pierre notes that "Dior" has transformed into an anthem for the new generation, connecting the rapper's own battles with the police with protesters' right to be heard.

That's the kind of power Smoke was able to build in an impressively short period of time. With Shoot for the Stars Aim for the Moon, it's not difficult to predict that the rapper's soul will continue to shake the room throughout the streets and beyond the grave. It's a tale of a reformed gangster led by tenacity: his demeanor appears rugged at first glance, but after peeling back a few layers his Cancerian qualities reveal someone who was confidently exploring romantic intuition while shedding his dangerous connections to street life.

"I gotta be selfish for right now," Smoke stated in his final interview with Complex, "until you build your empire to where you could bring people in and help them. That's the only way you gon' be the best." That mentality may have come across as stingy in the moment, but if you pull the lens back it's made clear the rapper knew his music had a bigger plan. He didn't get to witness the pending impact for himself, but Shoot for the Stars Aim for the Moon helped him attain a goal that most artists are still striving for: self-realization.