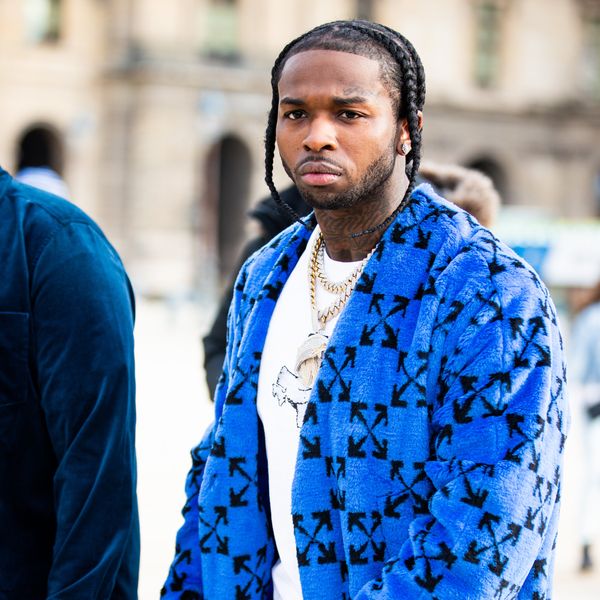 Pop Smoke Tops Charts as Four Are Charged in His Murder

A little over a week after the posthumous release of Pop Smoke's debut album, Shoot for the Stars Aim for the Moon, and the late Brooklyn rapper is dominating the charts.

All 19 songs from the record landed on the Billboard Hot 100 chart this week setting the record for the most simultaneous posthumous entries with the whole album landing atop the Billboard 200 too. Pop Smoke also cracked the top 10 for the first time in his career with the Lil Baby and DaBaby collab, "For the Night," charting at number six. Even Rolling Stone has Pop Smoke at the top of their Artist 500 chart, edging out Drake.

It's a bittersweet triumph for the young artist who was cut down in his prime this past February during a home invasion in Los Angeles. Nearly five months later, LA prosecutors announced Monday that four people, two adults and two teenagers, have been charged in connection to Pop Smoke's murder. Faced with murder and robbery charges, the two adults, Corey Walker, 19, and Keandre Rodgers, 18, could face the death penalty under California law but whether or not the LA County district attorney will seek that sentence will be determined at a later date.

The two others, who were not named by officials, will face murder and robbery charges as well, but will appear in juvenile court. Initially five people were arrested in connection to Pop Smoke's murder last Thursday, but will not currently face charges.