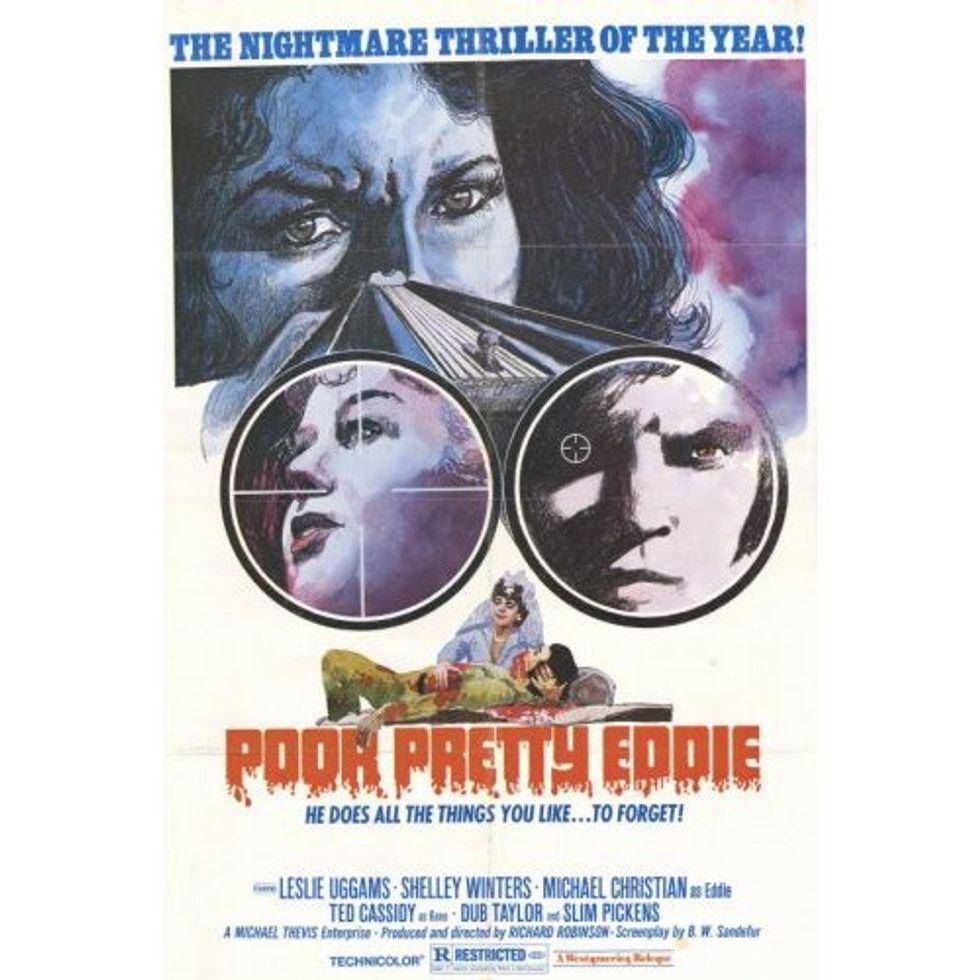 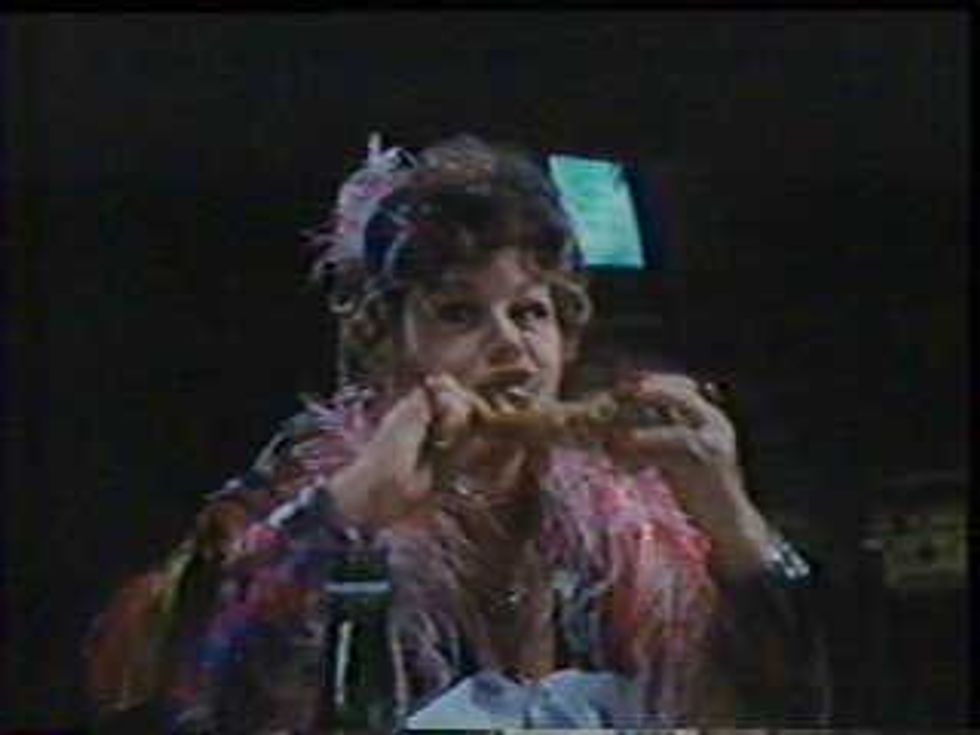 Found in a budget bin yesterday one of the sleaziest drive-in wonders of 1973: Poor Pretty Eddie. It's on a weird label (http://www.trinityvideo.tv/), but it's worth checking out because it's so outrageous you won't believe it. Leslie Uggams stars as a famous recording star who drives down south for a vacation. Her Bentley breaks down in front of Bertha's Place, run by a drunken former saloon singer played to the hilt by Shelley Winters. Shelley's boy toy is pretty Eddie (Michael Christian) who fancies himself an Elvis-like rockabilly star and is forever putting on fringe outfits and singing badly. The other live-in at this backwoods motel is Ted "Lurch" Cassiday who co-stars as the faithful servant and helps Shelley stumble into bed.

Uggams finds herself a prisoner, is raped repeatedly, escapes to the good-old-boy sheriff (Slim Pickens) who overuses the phrase "Hot Damn!" but is still brought back to the waiting arms of crazy Eddie. It ends with lots of gunplay, a crazed Winters running around in a bloody wedding gown and Uggams insanely firing a shotgun around the room. That's probably why the film also played grindhouses as Black Vengeance. It also came out as Heartbreak Motel and Redneck County. Any way you slice it you'll lose your mind watching it!