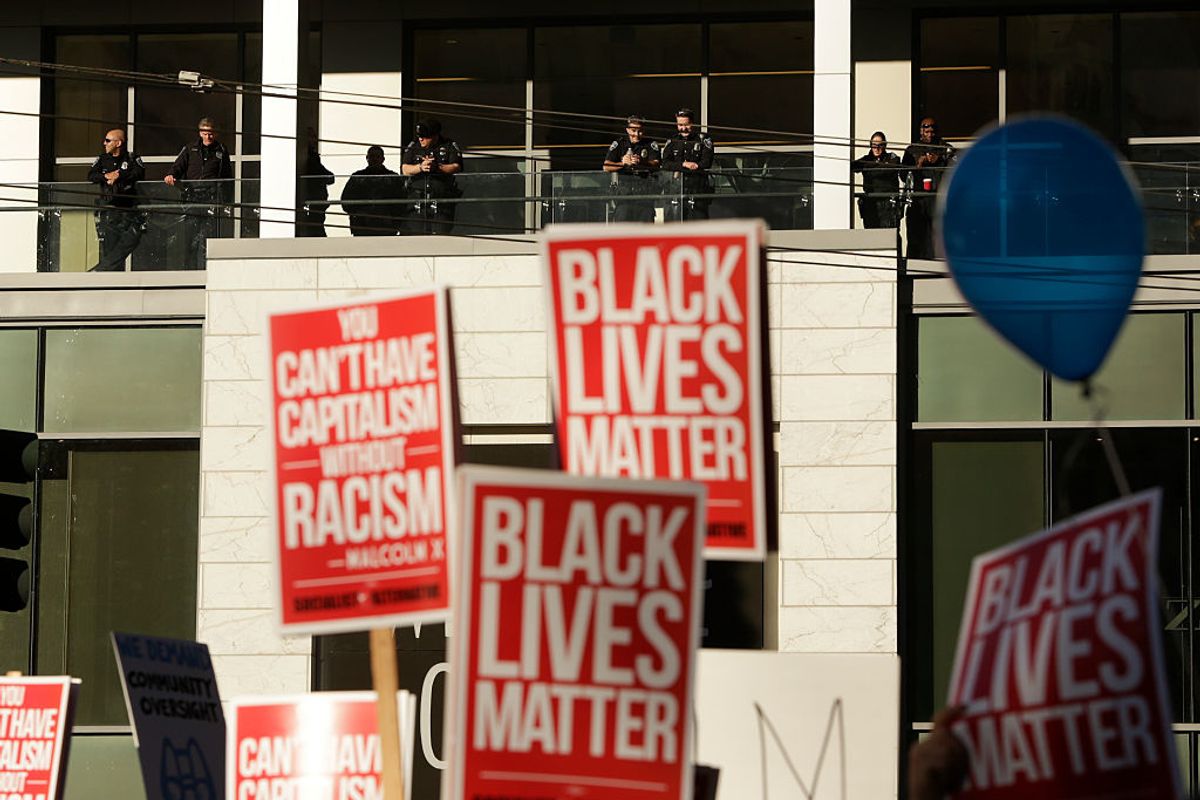 Police Officer Who Killed Alton Sterling Has Been Fired

Officer Blane Salamoni, who shot and killed civilian Alton Sterling in 2016, has been fired from the Baton Rouge Police Department, reports CNN. The BRPD also released four videos of Sterling's death, including body cam videos and surveillance camera videos from a local convenience store. PAPER will not embed the graphic videos in this post. A second officer, Howie Lake II, received a three-day suspension for pinning Sterling down during the incident.

BRPD Police Chief Murphy Paul announced the developments on Friday evening at a press conference. Citing "use of force" and "command of temper," he explained that Salamoni had been terminated from the BRPD. "Fear cannot be a driver for an officer's response to every incident. Unreasonable fear within an officer is dangerous," Chief Paul said. Salamoni and Lake II had both been placed on paid administrative leave since the incident nearly two years ago.

"These actions were not minor deviations from policy as they contributed to the outcome that resulted in the death of another human being," said Chief Paul. Still, he insisted that the firings were not motivated by protests of Sterling's death or the Black Lives Matter movement. "My decision was not based on politics. It was not based on emotions. It was based on the facts of the case."

Sterling was killed on July 5, 2016, at a Triple S Food Mart convenience store in Baton Rouge, LA. Officers were responding to a call of a man drawing his gun. Sterling was shot after being tased for allegedly resisting arrest. The convenience store owner, Abdullah Mulfahi, told NBC News that Sterling never threatened the police with a gun before being shot.