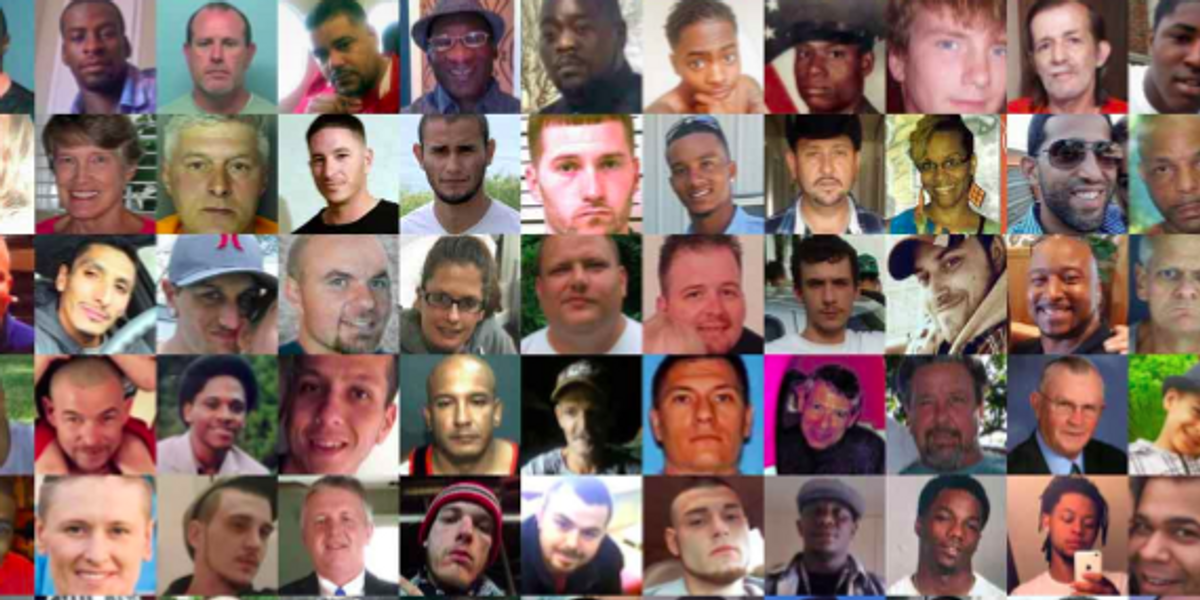 An extensive new report by Mapping Police Violence, a research collaborative that collects comprehensive data on police killings nationwide and that includes DeRay McKesson and Brittany Packnett, showed that as of December 26, police have killed 1,129 people in 2017. In 12 of these incidents — or one percent of all killings — an officer was charged with a crime.

Three main sources provided the bulk of the data: Fatal Encounters, the U.S. Police Shootings Database and the website Killed By Police. The researchers also relied on obituaries, criminal records databases, social media and police reports to gather more information about the killings by police.


Researchers found that the majority of these encounters — 631 killings — began with officers responding to suspected non-violent offenses or cases where no crime was reported. 87 percent of people were killed after a traffic violation, and 147 people were completely unarmed when killed by the police.


The interactive data also shows locations of killings, breakdown by race, weapons involved, and information on laws and activist groups, like Campaign Zero, working to end police brutality. You can scroll through it all here.

In July 2016, Campaign Zero launched an interactive graphic tool that shows what US states have proposed or already enacted legislation related to ending police violence. It also includes a form that allows you to easily access the contact information for your representatives (and to see how they voted in the past). You can check it out here.

The below shows all of the killings this year by date and location:

To contact your representative and see how they voted on relevant legislation in the past, use the form below:

Knowledge is power. Let your legislators know what you think.