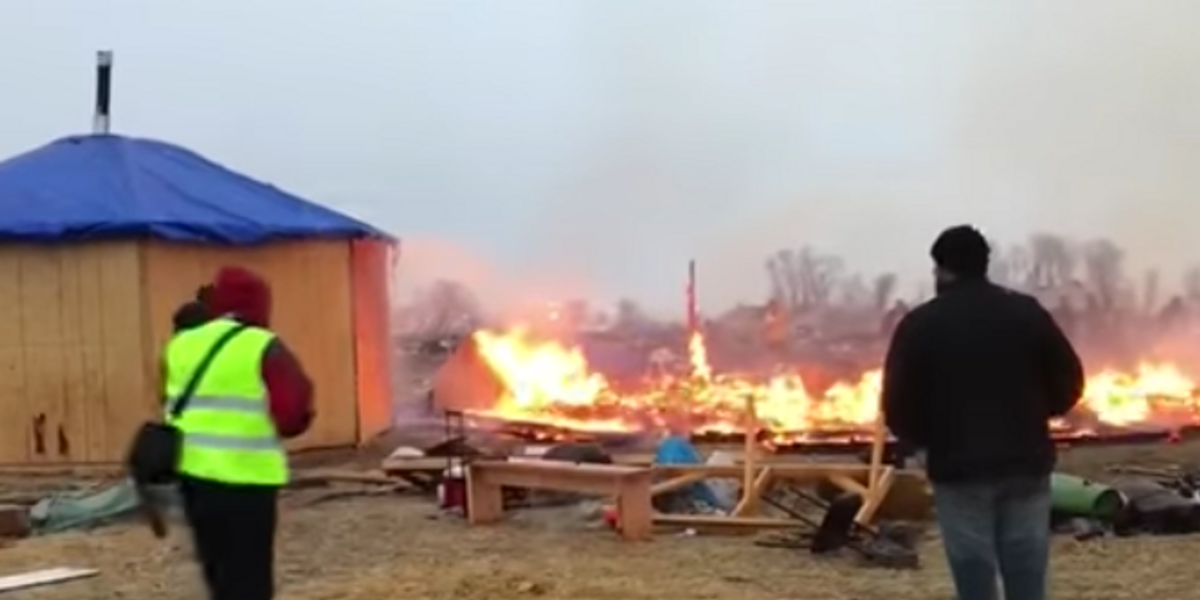 After a year-long protest, the deadline expired yesterday for demonstrators to evacuate the Dakota Access Pipeline resulting in the arrests 10 people who failed to comply with law enforcement.

Most protesters left peacefully ahead of Wednesday, but 75 remained to stick it to law enforcement, also lighting wooden housing structures and tents on fire as part of a leaving ceremony. A 17 year-old girl and 7 year-old boy were taken to hospital for burns. Police showed up with five vans in preparation for violence, arresting 10 protesters who didn't heed orders.

While the main camp is in the process of being dismantled as Army Corps Engineers begin work on the pipeline, according to Trump's executive orders, there are still 50-75 demonstrators setting up camps nearby to continue the fight. As far as we know there is no plan in motion to remove them.

Phyllis Young, one of the camp leaders told the Associated Press the group will not give up the fight.

"The camps will continue. Freedom is in our DNA, and we have no choice but to continue the struggle."

Those who left earlier were bussed to Bismarck and provided food vouchers, travel tickets and fresh clothes. Another hearing is set for February 27 to evaluate the negative repercussions of oil in the area once the pipeline is fully functioning.